NHL Betting News
The East Carolina Pirates (3-2) travel to LaVell Edwards Stadium to take on the Bringham Young Cougars (3-2) this Saturday Night. The Pirates are ridding hot on a two-game winning streak and have looked pretty good this season, no wonder their losses this season came against then-undefeated programs (Navy and Florida). Meanwhile, the Cougars are coming into this game with the intention of building on their previous win against Connecticut last Friday, which will keep them in solid contention for the conference title. Detailed below is a NCAAF lines preview for this clash.Venue: LaVell Edwards Stadium, Provo, UTDate: Saturday, October 10, 2015Time: 7:30 PM ETTV: ESPNUNCAAF Odds: East Carolina (+9), BYU (-9), OVER/UNDER 57

Betting on the BYU Cougars

BYU’s problem this season is its inconsistency. Two weeks ago, they were shut out 31-0 by Michigan, but managed to bounce back against Connecticut, registering a 30-13 win last Friday. QB Tanner Mangum led BYU’s offense completing 35 of his 53 passes for 365 yards and a pair of touchdowns, along with two INTs. Mitch Mathews also had a huge game in the victory, pulling in eight receptions for 78 yards with two TDs. Not to mention, Algernon Brown put up 95 rushing yards on 18 carries, while Francis Bernard added 69 yards and a score on eleven carries. With such gifted players, the Cougars will need to  find a regular offensive rhythm, rather than blowing hot and cold interchangeably, like they’ve been doing so far this season. 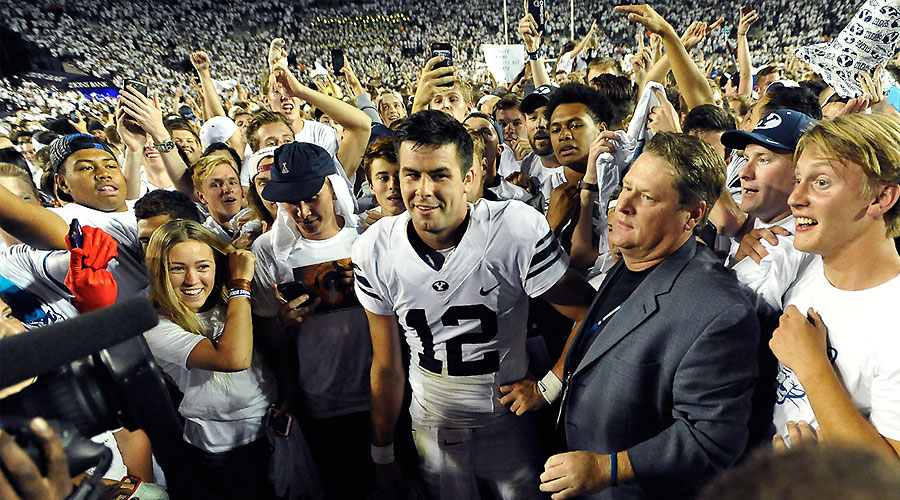 On the D-line, The Cougars defense ranks ninth in the nation with 1.8 interceptions per game, while forcing an average of 2.0 turnovers per game. In addition, the run defense is ranked 70th in the country this year. Notably, this defense has been rather susceptible to the run and pass, something they’ll need to deal with if they are to contain James Summers and his versatile  ECU offensive weapons.

Betting on the East Carolina Pirates

The Pirates have a well-balanced offensive attack led by Summers, a true dual-threat QB that has been vital in ECU’s fine run this season. ECU’s offense ranks 30th in the nation in passing yards (276.6) and 98th in rushing yards (149.4), and has combined for 84 points in the last two games. 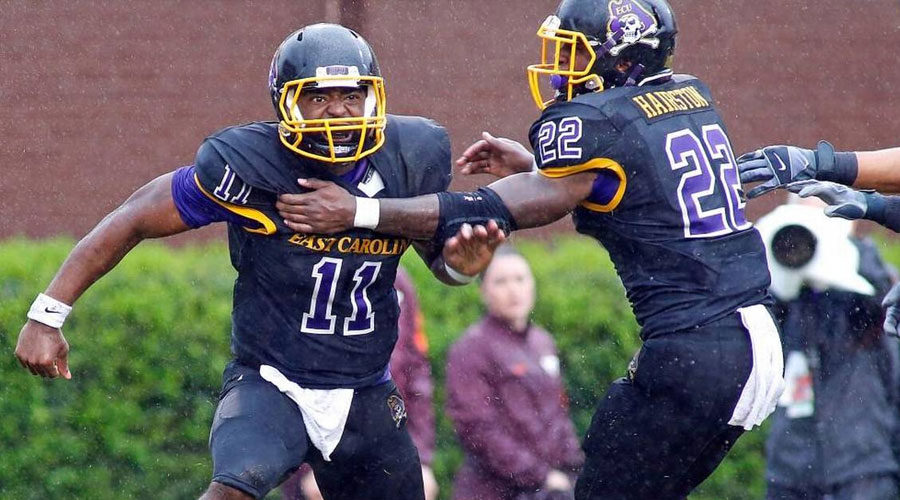 Last week, Summers came off the bench to pace the Pirates to come-from-behind win. East Carolina trailed 23-7 when Summers, a former receiver, replaced Blake Kemp and earned 238 yards of total offense with four total TDs to lead ECU to a 49-23 win over Southern Methodist University. Trevon Brown also had a quality game, totaling 85 receiving yards and a TD on four catches, while Chris Hairston secured 91 rushing yards and a TD on 18 carries.Defensively, the Pirates are allowing just 210.6 passing yards per game. Even so, ECU has given up at least 250 passing yards in consecutive weeks, which could be a concern against Magnum and his havoc-wrecking arms.

BYU are tough at home, as they have shown in their two convincing wins against Connecticut and Boise State. Nevertheless, Kemp and Summers are capable of having a huge game on the road as well. The scores could therefore stay close in this matchup, but BYU will be boosted by their home ground support to a narrow victory over the Pirates, with the points (ATS) going to ECU. Given the surging offensive performances from both teams in recent times, an OVER total betting is recommended here.
Older post
Newer post