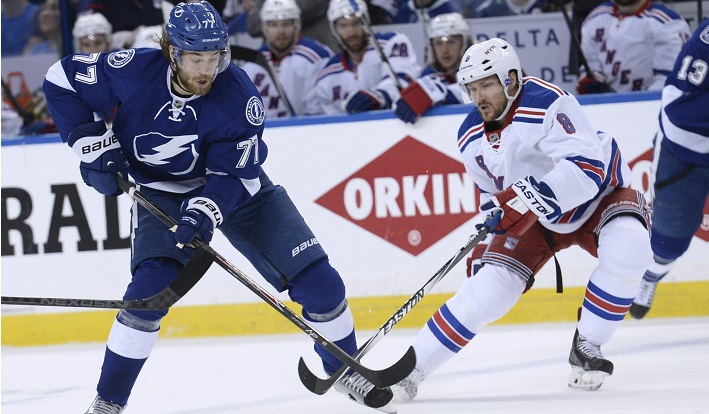 NHL Betting News
After two games in this year’s Stanley Cup Finals, it’s becoming pretty clear that the Lightning and the Chicago Blackhawks have equal NHL Lines. The Lightning did give away their control over Game 1 as the third period wore down, but they were the ones to take a crazy Game 2 4-3 to bring the series even 1-1. They had to win this game, and they did, even though the lost a 1-0 lead to go down 2-1 in the second period. In the third period, their starting goalie, Ben Bishop, had to come out of the game, leaving Andrei Vasilevskiy between the pipes, and this 20-year-old phenom stopped the five shots that he faced in his 9:19, several of those saves showing extreme skill and athleticism.The Lightning still haven’t addressed why Bishop had to leave the games – speculation includes dehydration, and the Blackhawks’ Antonie Vermette did hit him fairly hard. This is a final, though, that features two teams that feature speed and skill taking each other on at high speed.When Chicago went ahead in the second period, many people were wondering if the seasoned group of Blackhawks would just be more than the Lightning could deal with. Instead, though, Lightning coach Jon Cooper reported that his team was simply “pissed off” when Chicago moved ahead, rather than a sense of panic. So just after the Blackhawks moved ahead, The Lightning countered with a Nikita Kucherov deflection of a shot from the point that eluded Chicago goalie Corey Crawford and brought the game even. This was one of the two goals that the “Triplets” line would score for the Lightning, a line that had dominated during the regular season but had become noticeably silent over the past few games. Tyler Johnson, who had been the top goal scorer and point producer in the playoffs (13 goals, 22 points) had not scored in five straight until he put the Lightning back in front, 3-2. 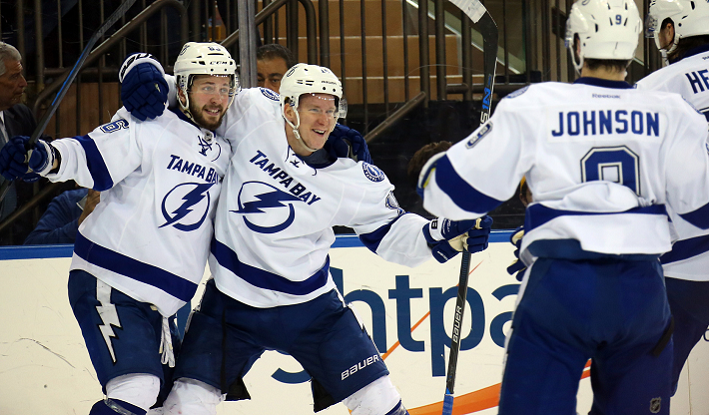 The third period saw the Blackhawks put 10 shots on goal to the Lightning’s paltry 2, but the feel was different from Game 1, when Chicago entered the zone at will against Tampa Bay. Chicago captain Jonathan Toews noted that the Lightning were allowed to become too comfortable in their rush game during the second period, getting off to the races with too many odd-man rushes and scoring chances that were high in quality. 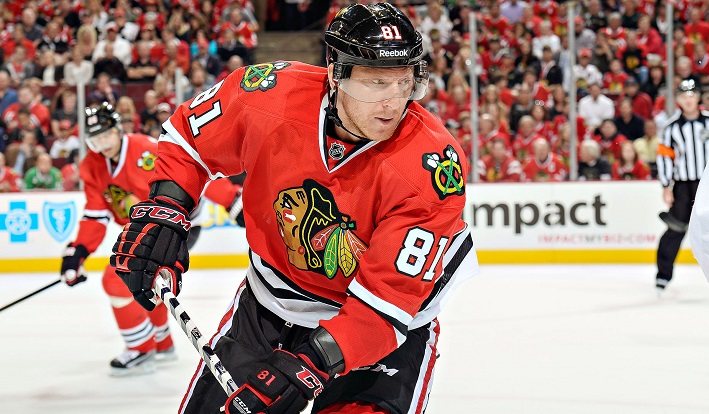 When Seabrook scored in the third period to tie the game, the Lightning could have easily lost its focus as replays appeared to show Marian Hossa sending his stick into the left pad of Bishop as the shot headed to the goal. The Lightning were outraged, but the rules do not permit video replays for that sort of call. Other teams might have seen their focus dip or feel their confidence waver. However, Garrison launched a blast on the power play around five minutes later, and the winner was in the back of the net.Games 3 and 4 will be in Chicago on Monday and Wednesday. Whether Bishop will be in goal is still a matter of question that Cooper did not address with reporters. However, no matter which goalie plays for the Lightning, it seems certain that the team will head to Chicago brimming with confidence as the series moves north. Remember, this is a team that won Games 5 and 7 against Henrik Lundqvist in Madison Square Garden against the New York Rangers. Even though the Rangers were able to steal Game 6 in Tampa, do not bet that the Lightning will quail in the fight against Chicago.SourcesWikipedia.org (http://en.wikipedia.org/wiki/Jon_Cooper_%28ice_hockey%29)NHL.com (http://www.nhl.com/ice/player.htm?id=8466148)
Older post
Newer post