NHL Betting News
There is always something a little special about a match-up that features a pair of the original six teams. As the NHL has expanded, exciting new rivalries have flourished, but they still don’t come close to the heated battles between the 6. We will get a look at one on Friday when the Toronto Maple Leafs head into the Motor City to face the Detroit Red Wings.

Date: Friday, October 9th, 2015Time: 7:30PMVenue: Joe Louis ArenaOpening Line: Detroit -118This will be the second game of the season for Toronto, and they will be hoping for a bit better than they got in their opener against another original six team, the Montreal Canadiens. The Leafs went down 3-1, and ran into a hot Carey Price who stopped 36 of 37 shots. The lone goal scored by Toronto came on the power play, which suggests they may have some issues playing 5 on 5 this season. There were some positives to take from the opener for Toronto. They didn’t take any foolish penalties, and managed to limit the Canadiens to a single power play opportunity, which they then promptly killed. Jonathan Bernier looked solid in net, stopping 27 of 29 shots, with the final of the 3 goals going into an empty net. While the Leafs will be disappointed by the loss, they will also be encouraged that they hung in there with one of the better teams in the league.

If you could put any kind of stock in preseason performances, you might well be tempted to run out and put a ton of money on the Detroit Red Wings. They tore it up in their warm-up games, winning 6 and scoring a ton of goals in the process. It’s all meaningless, though, and everyone knows the real test begins on Friday night. Detroit should be pretty good this season, but they have a number of big question marks casting a shadow over them. Are they carrying too many veteran guys? Are they deep enough on defense? Do they have the sort of goaltending that can carry them into the playoffs and beyond? We won’t know the answer to any of those until we get through the first few weeks of the season, and a poor showing against a pretty weak Leafs team could raise further doubts. 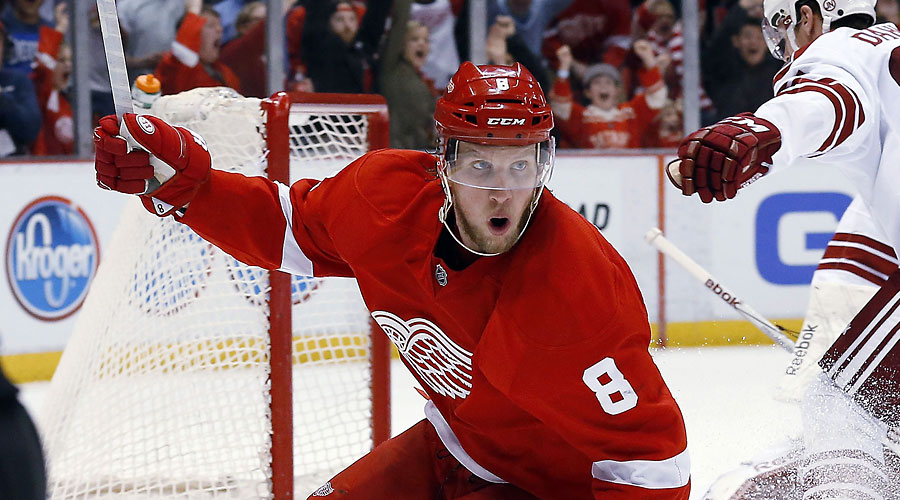 While I don’t believe that Detroit is going to be one of the NHL’s elite teams this season, I do still think they are good enough to overcome this first test. It is worth noting, though, that the Leafs have won the last 3 regular season meetings against Detroit, so be careful here.
Older post
Newer post