Soccer Betting News
In Week 6 of English Premier League soccer odds action, Chelsea took home a needed 2-0 win against the Gunners of Arsenal, who were looking to assert themselves a bit in the table. However, some of the ramifications of this game will go on further than the weekend. Chelsea striker Diego Costa finds himself charged with violent conduct by the Football Association, and Arsenal defender Gabriel Paulista has been charged with improper conduct. Both clubs face charges of failure to control players during the match on Saturday. Costa clashed with Laurent Koscielny as well as Gabriel during the first half.

A statistical look back at Saturday’s victory over Arsenal… http://t.co/mwxtraaFJQ pic.twitter.com/H5djp9XZc5

It looked like Costa started things, running his hands across Koscielny’s face two times and then knocking him down with a chest bump. Gabriel then came in to defend Koscielny, and he and Costa both picked up yellow cards. However, about a minute later, Gabriel was sent off after he flicked a shoe at Costa. Costa was not sent off, but the FA’s ruling means that he now is headed for a suspension. The FA released this statement on their website Monday: “Diego Costa has been charged for an alleged act of violent conduct which was not seen by the match officials but caught on video. The Chelsea forward was involved in an incident with Arsenal’s Laurent Koscielny in the 43rd minute of the game. He has until 18:00 BST tomorrow (September 22) to reply.”The clubs have until 18:00 BST on September 24 to reply to the charges of failure to control their players. Santi Carzola of Arsenal was also sent off after picking up his second yellow card, but those incidents were unrelated to the Costa conflict. Arsenal has already indicated that they will appeal for the length of Gabriel’s suspension for improper conduct as well as for a wrongful sending off. 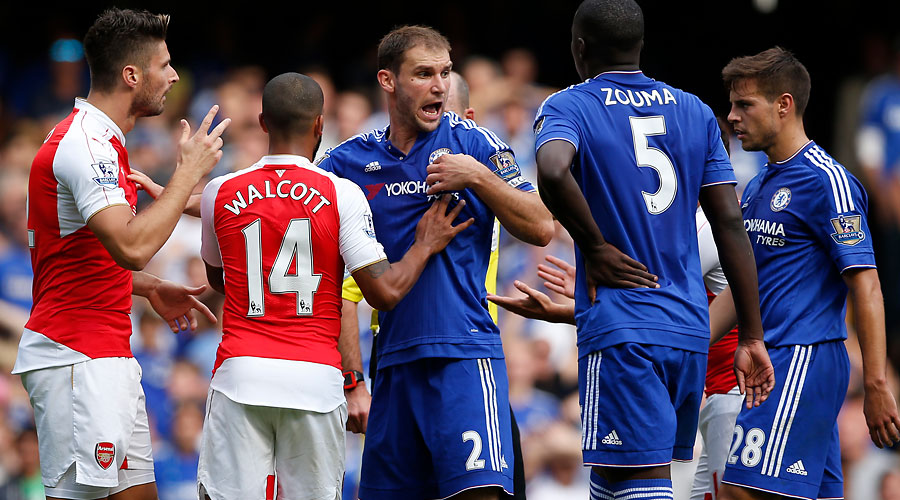 Arsenal manager Arsene Wenger weighed in with this perspective: “Costa twice should be sent off,” as Wenger told the BBC. “He hits [Koscielny] in the face in purpose. In every game he has aggravation and he gets away with it because of the weakness of the referee.”This won’t be Costa’s first retroactive discipline. In February, Costa stomped on Emre Can for Liverpool, but the game officials did not see it. Instead, Costa got consequences after the fact. Kurt Zouma, who places alongside Costa for Chelsea has told beIN Sports that Costa “likes to cheat,” although later on he backed off that statement a bit.
Older post
Newer post