Soccer Betting News
If you know anything at all about soccer in South America, then you know how violent the sport can be – for the fans, not for the players on the field. The torcidas organizadas in Brazil and the barras bravas in Argentina provide more than enough thuggery at the games. Also, such tragedies as the death of a teenaged fan from Bolivia, hit by a flare that Corinthians fans set off in Oruro in 2013, and the PepperGate incident that took place in Buenos Aires at La Bombonera not only highlight the game’s dangers but also the fecklessness of the authorities all over South America when it comes to solving the problem.CONMEBOL took PepperGate under advisement last week, as the match between Boca Juniors and River Plate Libertadores saw the visiting players from River Plate hit by pepper spray from Boca fans while they were walking down a tunnel to the locker rooms. It looked like CONMEBOL was ready to ban Boca from Libertadores play for multiple years, but all they did was kick Boca out of the rest of the competition and out of soccer betting. The rule book in the case of interference with a match’s outcome calls for a 3-0 forfeit, so this was ostensibly in line with that, although interference can consist of matters much less harmful to one’s health than a dose of pepper spray. Boca Juniors was ordered to play the next four home CONMEBOL games behind closed doors, and its fans are not permitted to attend the team’s next four road games in competition. The team also drew a $200,000 fine. 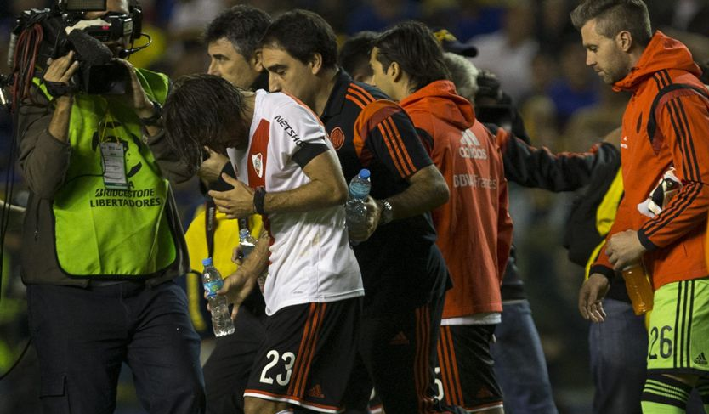 While the South American press roared at the leniency of the decision, the head of CONMEBOL’s disciplinary commission patted himself on the back for sending a message by punishing one of the major clubs. One thing that will add intrigue to this situation was a report by the Spanish newspaper AS. FIFA had asked CONMEBOL to ban Boca from continental play for five years, but CONMEBOL had found this unacceptable given the tenor of tournaments without Boca. As a result, South America may have lost its chance at a fifth guaranteed qualifying position in future World Cups. 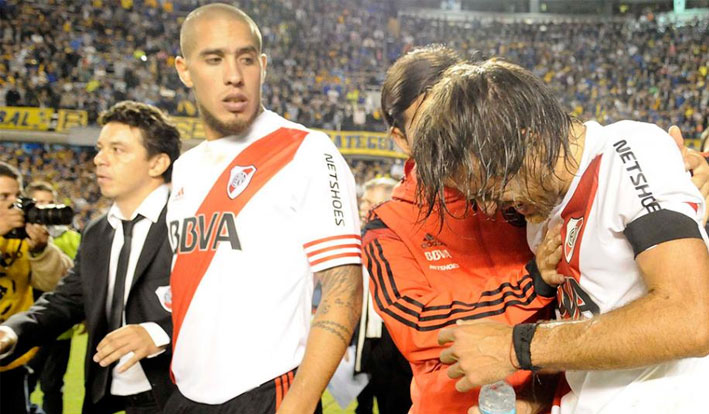 CONMEBOL has tried to be strict in the past. For example, three of Brazil’s Serie A clubs have started the new season having to play their home games on the road because of fan misbehavior. In the Libertadores competition, when America fans stormed the field and attacked players from the Brazilian team Sao Caetano in 2004, CONMEBOL fined the Mexican team $50,000 and banned one player for a year for his role in causing the violence. However, after the incident in which the Corinthians’ fans set off a flare that killed a teen, the punishment seemed light. The fine was $200,000, and the Corinthians’ stadium was closed for one Libertadores game, and the fans could not travel to road tournaments for 18 months. The home team was only fined $10,000. It’s interesting that it took pepper spray, rather than a death, for CONMEBOL to decide that it needed to send a message. 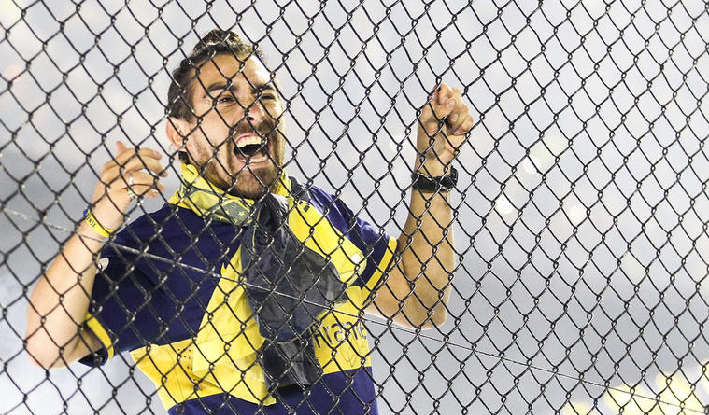 Of course, the wider legal system in South America also doesn’t seem to care much about the violence in the sport. In Sao Paulo, 11 murders have been connected to soccer in the last decade (although the real number is likely much bigger), but no convictions have been attained. The attitude of one judge in Sao Paulo who freed a group of Corinthians fans who had crashed the team’s training ground and threatened players and staff physically is telling: he said that the fans just wanted to “make the players justify their salaries and produce some real Brazilian soccer.” Until change takes place in the culture, the violence is likely to remain.Sources:Conmebol.com: http://www.conmebol.com/enESPN.com: http://m.espn.go.com/soccer/clubhouse?teamId=5&lang=EN&wjb
Older post
Newer post