Soccer Betting News
Chelsea won the battle with Manchester United to sign Pedro away from Barcelona – with Chelsea paying £21 million to bring Pedro into the fold. He did score a goal in his first game with the defending Premier League champions for the delight of Soccer betting fans. He may not score a goal every week, but there are a lot of reasons why Pedro will bring significant contributions to Chelsea.

With his debut strike at the weekend, @_Pedro17_ joined an exclusive Chelsea list… http://t.co/Bh8SIu3gZR #CFC pic.twitter.com/Ch7fOvfM17

One benefit he brings is a positive attitude. He is the sort of passionate, tenacious player who has always been popular in English soccer. Within the dressing room, his teammates will embrace him as well because they will realize that he has a team-first attitude when it comes to play. He has always had a reputation for putting the needs of the team first, rather than playing to soothe his own ego. 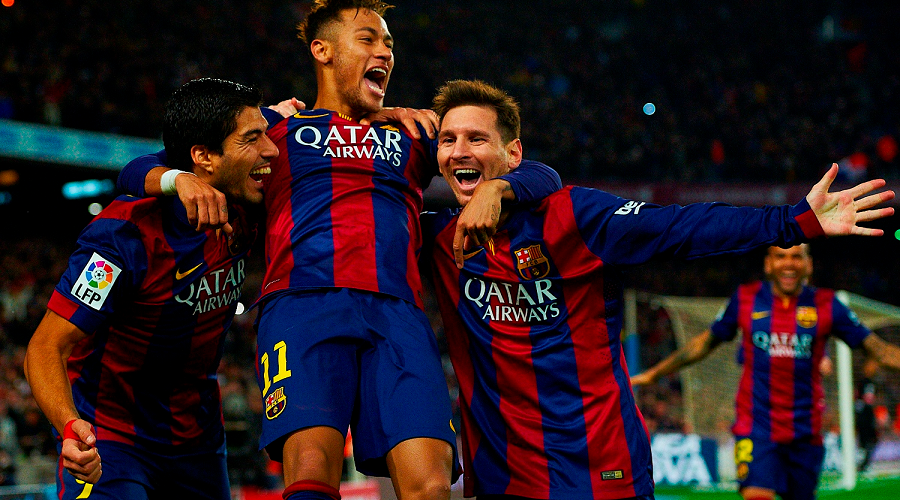 This was a necessity when he was at Barcelona because he had to be the low man on the totem pole, playing with such stars as Neymar, Luis Suarez, David Villa, Zlatan Ibrahimovic, Thierry Henry and (most of all) Lionel Messi. However, since the 2009-10 season, only Messi (317) has been a part of more goals in league play than Pedro (93). 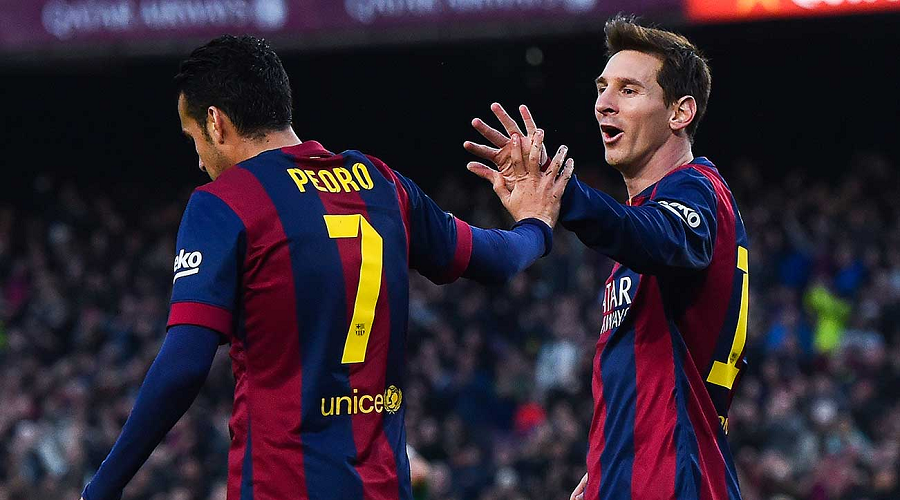 He has also been a part of more goals with Messi than any other Barcelona player (28). Of the six assists that Pedro posted in the league last season, four set up goals by Messi. A lot of players have not done well putting their own play aside to make the huge starts look even better, but Pedro has always had the humble nature to understand that his role with Barcelona was to make space or set the ball up for Messi. Now, at Chelsea, he has some room to grow himself as a player. 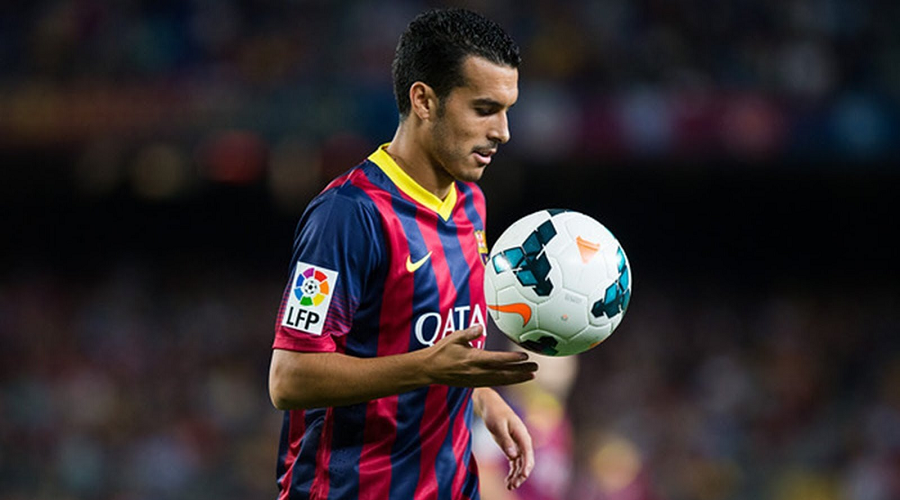 Another key attribute of Pedro’s game is his penchant for putting balls in the net when the team needs a goal the most. For example, his very first goal for Barcelona came in a crucial moment of the 2009 Spanish Super Cup in a match against Athletic Bilbao. His second goal was key in a UEFA Super Cup game against Shakhtar Donetsk. 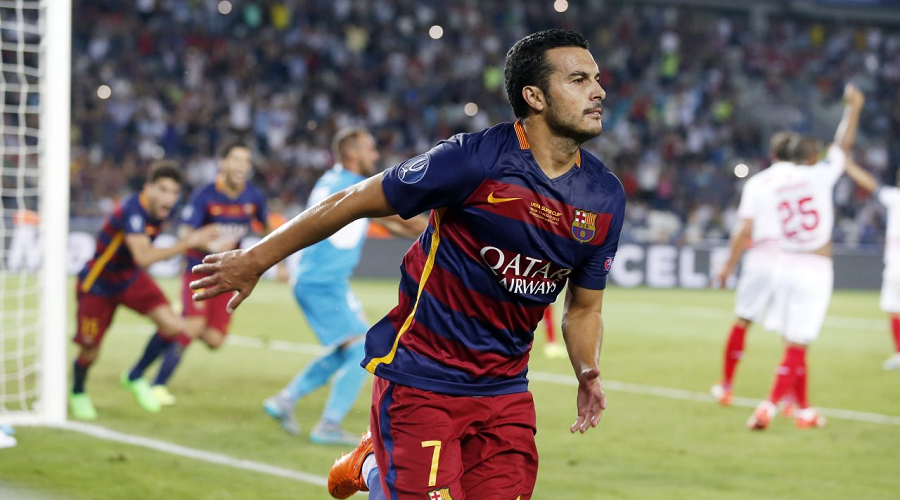 His very last goal for Barcelona was yet another UEFA Super Cup dagger against Sevilla just last month. When he debuted with Barcelona in 2009-10, he became the first player ever to score in six different competitions within one season: La Liga, the Champions League, the Spanish Cup, the Spanish Super Cup, the UEFA Super Cup and the FIFA Club World Cup. 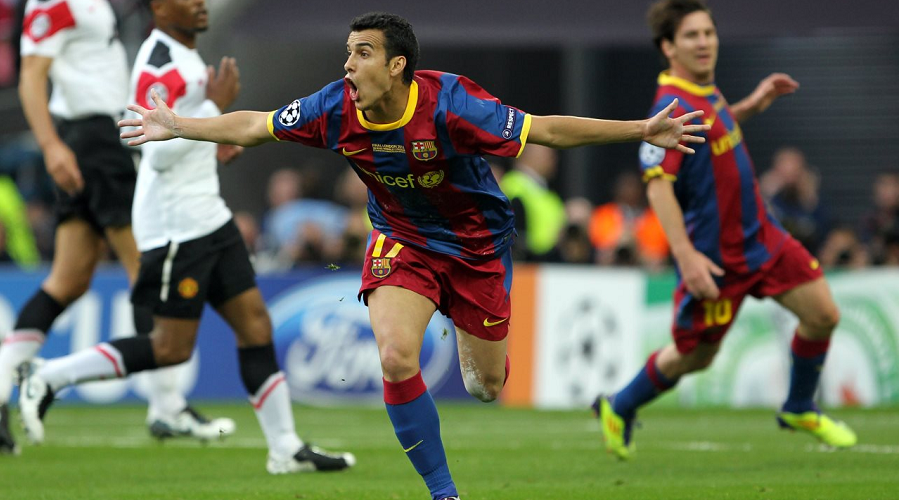 Manchester United fans are likely to be disappointed to have their team miss out on signing a player who had seemed headed for the grounds at Old Trafford. However, when they see Pedro playing for Chelsea, they may also remember his goal to open Barcelona’s 2011 victory over Manchester United in the Champions League at Wembley Stadium. 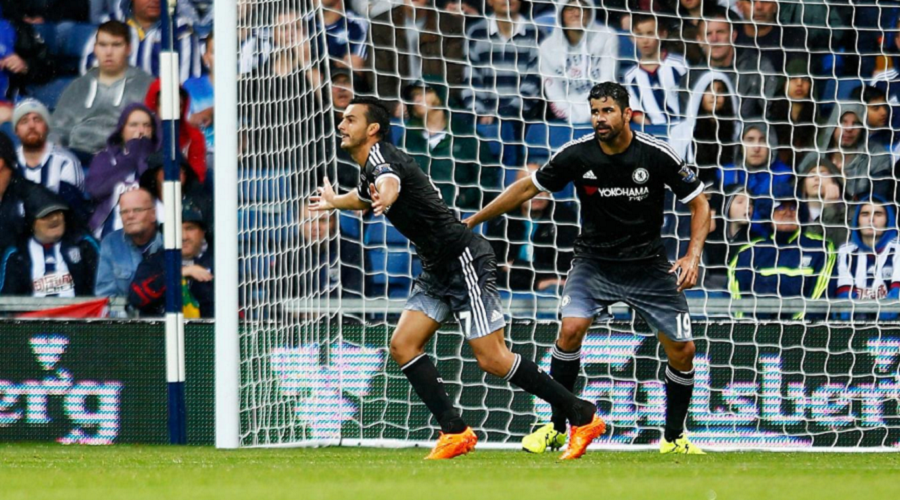 However, his primary asset is working as a goal provider instead of being a finisher himself. He brings a torrid pace to the game, and he uses that to tear down one flank or the other against defenders before turning to send low crosses into the penalty area. His new teammate, Diego Costa, will love that – and so will the Chelsea fans.
Sources:
Skysports.com: http://www.skysports.com/football/news/11668/9964188/pedro-chelsea-transfer-a-gamble-but-one-i-had-to-take
Independent.co.uk: http://www.independent.co.uk/sport/football/transfers/pedro-returns-to-barcelona-lionel-messi-and-andres-iniesta-among-those-who-give-chelsea-player-ovation-10469493.html
Older post
Newer post