UFC Betting News
It looks like Ronda Rousey is going to get her UFC betting rematch against Holly Holm as soon as she wants it. Holm knocked Rousey out with a kick to the head in the UFC 193 main event in Australia, an upset that brought Rousey’s undefeated resume low, and wrecked her aura as a fighter who many thought almost unbeatable. It also enshrined Holm as one of the best women ever to take part in combat sports.UFC president Dana White recently sat down for an interview with ESPN’s Mike & Mike radio program, and he was asked if Holm – Rousey II was the next item under consideration, and he said that is a major priority. “I think that if we didn’t make the rematch, me and [UFC CEO] Lorenzo [Fertitta] should probably lose our promoters’ license. Yeah, that fight’s going to happen. I don’t know when, but that’s the fight that will happen.” 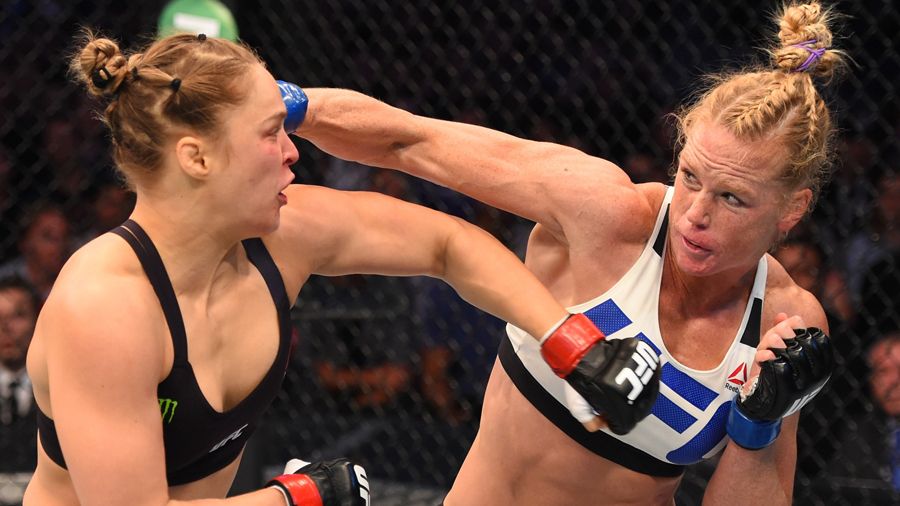 Rousey has received a lot of criticism since losing the fight to Holm. However, White staunchly supports her right to a rematch. “Ronda Rousey has gone undefeated, taken the sport to another level and was beating the best women in the world in 14 seconds or 30 seconds, so she deserves a rematch. Holly agrees she deserves a rematch, and we’ll figure it out.However, there’s no timetable right now on the timing of that bout. Holm’s manager has indicated that Holm would like a bout with Miesha Tate first. Lenny Fresquez, in an interview with the L.A. Times, said he had met with UFC officials who had pitched the rematch at UFC 200, set to take place on July 9 in a new arena in Las Vegas, slated to be one of the biggest events in UFC history. In his interview, Fresquez said, “I’m not sure Rona will be ready for a July fight. She took a severe beating, and I don’t think it’s in her best interest to take the next fight so fast.” Rousey told ESPN The Magazine that she might have to wait up to six months to eat an apple, let alone take punches. So UFC 200 might be a little too soon. Tate has indicated on Twitter that she is ready to take on Holm: