Thank you everyone in Las Vegas and everyone at home who ordered PPV. Thank you @SHOsports and my team @MayweatherPromo. pic.twitter.com/royY4mGHkc

MyBookie Online Sportsbook reported that the total wagering handle for the year’s most highly-anticipated fight topped out at over $135 million, surpassing the previous all-time mark set during the 2016 Super Bowl, and obliterating the record for the biggest wagering event in boxing, set in 2015 when Mayweather-Pacquiao took in approximately $100 million.Bettors who liked the Over at 9.5 rounds (+130) walked away happy, as did those who took Mayweather to win by TKO (+160). On the moneyline, a bet on the favorite, Mayweather, to prevail was much more expensive at -510. The heaviest action came on the +350 wager for McGregor to upset Mayweather, whether by knockout, TKO or DQ. 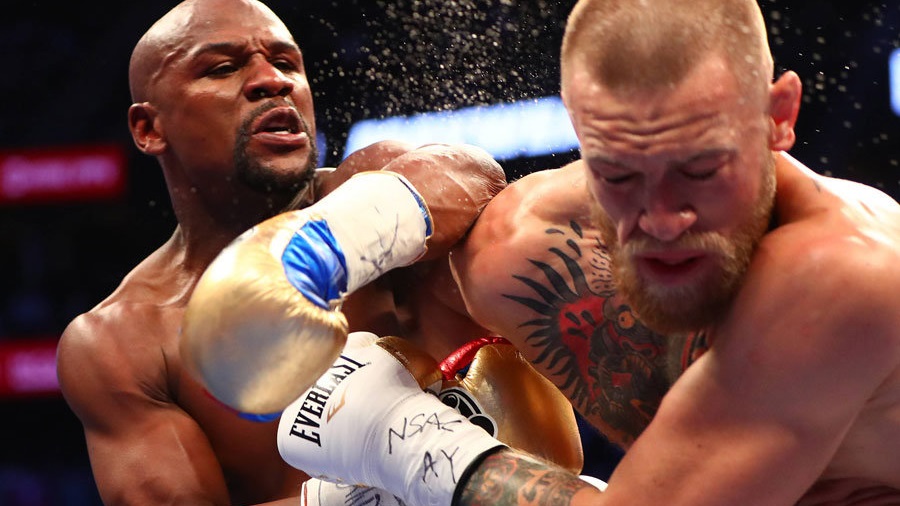 In a fight that went much as expected, Mayweather withstood a valiant early effort from McGregor, who scored a succession of jabs and acquitted himself admirably, but without the aggression that was the calling card of the two-time MMA champ.In Round 7, Mayweather landed a punishing straight right hand to the face of McGregor. Over the next three rounds, as fatigue took its toll on the pride of Dublin, the undefeated middle weight champion relentlessly stalked his opponent, scoring jabs and hooks with increasing frequency. In the tenth round, McGregor simply ran out of gas, dropping his hands and opening himself up to a potentially brutal finish. As Mayweather closed in with a series of open punches, referee Robert Byrd stepped in to call the fight. 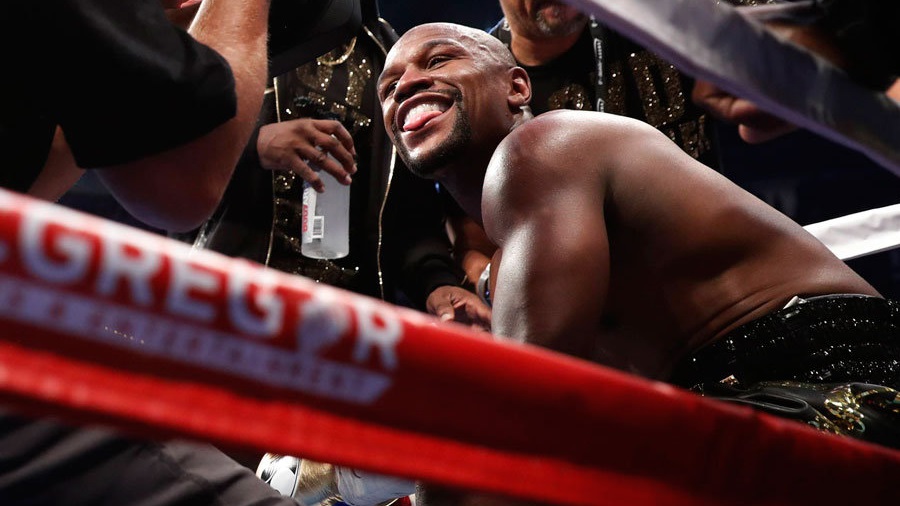 Despite the braggadocio and swagger, McGregor was unable to connect with his signature power and aggressive attack that made him one of the most dominant MMA fighters to ever compete. In the end, it was boxing, and the undisputed talent of the older, more seasoned Mayweather, that silenced the challenge from McGregor.Mayweather was gracious in victory, paying respect to McGregor, who he acknowledged was a better boxer than he had expected. The 41-year-old, five-division champion also announced that the fight was his last, marking the triumphant ending of a 21-year career with a record of 50-0, surpassing the legendary Rocky Marciano.
Older post
Newer post