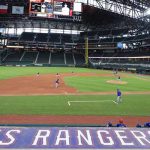 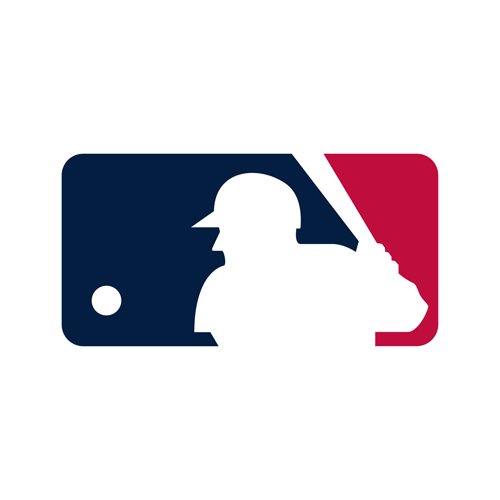 At 11:59 p.m. ET on Wednesday, baseball’s Collective Bargaining Agreement will expire, at which point the owners are expected to lock out the players. It will be baseball’s first work stoppage since the 1994-95 players’ strike. The two sides are nowhere close to a new agreement. While most around the sport believe no regular-season games will be missed, the free-agent and trade market will shut down until there’s a new CBA. Teams are allowed to talk to each other about possible trades, etc., but that’s it.

A number of players have recently said that Dec. 1 isn’t a deadline of any kind, yet the flurry of signings suggests that a number of free agents and their representatives believe otherwise. Last November saw only five free agents sign deals worth at least $1 million — all for one year and none for more than $15 million.

Among the many items being discussed during collective bargaining talks is an expanded postseason format, something MLB has sought for years to increase revenue. The players want the luxury tax abolished and teams to have a salary floor. Both sides seem to agree on having a universal DH going forward.

MLB has made several offers to address some of the MLBPA’s concerns, among them were an increase in the competitive balance tax threshold, the elimination of free-agent draft-pick compensation, a draft lottery similar to the one the NBA employs, the universal designated hitter and an increase of the minimum salary.

No question the Texas Rangers are the big winners of free agency in spending a combined $500 million on the All-Stars Seager and Semien as well as $56 million on pitcher Jon Gray.

Semien got a seven-year, $175 million contract. Last offseason, the former A’s shortstop opted to sign a one-year deal with the Blue Jays in order to re-establish his market, and the result was a third-place finish in AL MVP voting.  Semien hit .265/.334/.538 with 45 homers, a record for a second baseman, appearing in all 162 games. In addition to Silver Slugger honors, Semien also won a Gold Glove in his first year as a second baseman since 2014.

Semien told the Rangers he was fine staying at second base if they were to add a big-ticket shortstop and they gave Seager, the former NL Rookie of the Year and the 2020 World Series MVP, a 10-year, $325 million contract. That deal is the largest in Rangers history, significantly topping the market-shattering 10-year, $252 million contract the team gave Alex Rodriguez in 2001.

No question that Seager is a great player as the 27-year-old.295/.364/.501 with 100 home runs in 609 games from 2016 to 2021 and established himself as one of the sport’s premier offensive shortstops while with the Los Angeles Dodgers, but he also missed extended time on multiple occasions. Suddenly, Texas has the best middle infield in baseball.

If Seager got $325 million, former Astros shortstop Carlos Correa might get $350, although his market is shrinking with Seager, Baez and Semien off the board.

Outfielder Kole Calhoun also signed with Texas, which has spent more this offseason than any other team in MLB history. Arizona declined their $9 million team option on Calhoun after he slashed .235/.297/.373 in 51 games in 2021. The 34-year-old is considered a qualify defensive right fielder, and slashed .272/.338/.440 against right-handed pitchers, making him a potentially viable platoon option.

Posted: Wednesday, December 1, 2021 8:56, EST
It has been a wild week of big-time Major League Baseball free-agent signings, including Max Scherzer to the New York Mets, Corey Seager and Marcus Semien to the Texas Rangers, Robbie Ray to the Seattle Mariners, and Javier Baez to the Detroit Tigers. However, all the fun is expected to stop on Thursday – probably for a few months. At Read More

Posted: Tuesday, November 23, 2021 10:35, EST
Major League Baseball’s Hot Stove League really hasn’t gotten going strong yet because it is expected that the owners will lock out the players when the collective bargaining agreement expires on Dec. 1. Thus, all free agent movement, trades, etc., would stop until the sides agree on a new CBA. That could lead to a flurry of moves between now Read More

Posted: Wednesday, November 10, 2021 9:35, EST
The 2021 Major League Baseball season isn’t quite over yet – the individual award winners in the American and National League will be announced next week. Here’s a quick look at each and likely winners for your MLB bets. MLB 2021: Finalists For Major Player Awards Announced American League MVP Toronto’s Vladimir Guerrero and Marcus Semien and the Angels’ Shohei Read More

Posted: Tuesday, November 2, 2021 3:10, EDT
The 2021 World Series returns to Houston on Tuesday night for Game 6 against the Atlanta Braves, who lead 3-2 and look for their first championship since 1995. The Astros need a win to force a Game 7 on Wednesday and are short favorites on the MLB odds. How to Bet Atlanta at Houston MLB Odds & TV Info When: Read More

Posted: Friday, October 29, 2021 8:19, EDT
The 2021 World Series between the Astros and Braves is tied 1-1 as it shifts to Atlanta for Game 3 on Friday night with the home side a very short favorite on the MLB odds. It’s the first of three straight games in Atlanta. How to Bet Houston at Atlanta MLB Odds & TV Info When: Friday, 8:09 PM ET Read More

Posted: Wednesday, October 27, 2021 11:12, EDT
The 2021 World Series is underway between the Atlanta Braves and Houston Astros, and here’s hoping that it goes a full seven games because it might be the last time we see Major League Baseball for a while with the collective bargaining agreement up between the owners and players’ union soon. It’s basically a lock that there will be work Read More

Posted: Wednesday, October 27, 2021 11:00, EDT
Wednesday could be Houston’s final home game of the 2021 baseball season as the Astros host the Atlanta Braves in Game 2 of the World Series before it shifts to Atlanta. The Astros are short favorites on the MLB odds. How to Bet Braves at Astros MLB Odds & TV Info When: Wednesday, 8:09 PM ET Where: Minute Maid Park Read More

Posted: Tuesday, October 26, 2021 9:12, EDT
The 2021 World Series between the Houston Astros and Atlanta Braves begins on Tuesday night from Minute Maid Park in Houston. The Astros are favored on the MLB series odds so it would make sense that Houston star Yordan Alvarez is the +800 favorite on the MLB odds to win World Series MVP. Atlanta’s Freddie Freeman is next at +900. Read More

Posted: Monday, October 25, 2021 9:02, EDT
The World Series begins Tuesday from Houston with the AL champion Astros as Game 1 and series favorites on the MLB odds against the NL champion Atlanta Braves. There is one unique tie between the franchises: Braves manager Brian Snitker is the father of Astros hitting coach Troy Snitker. How to Bet Atlanta at Houston MLB Odds & TV Info Read More