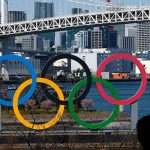 On July 23, the 2020 Tokyo Summer Olympics finally begins. Although no spectators will be in the stands, the Olympics will happen. Olympic betting can lead to big time wins or big time losses. Too many events with odds on too many participants requires us to think of an overall strategy. Olympic handicappers don’t have the time to sift through mounds of information for every event. 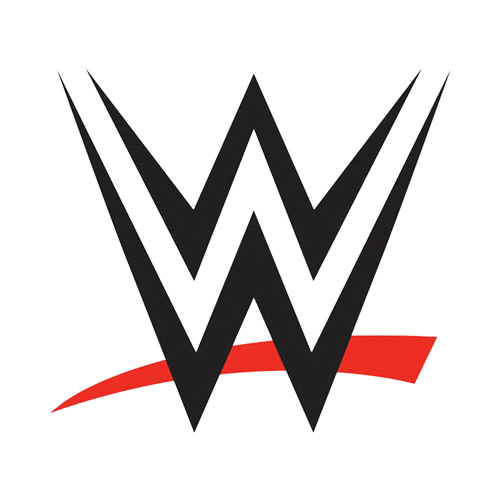 On July 23, the 2020 Tokyo Summer Olympics finally begins. Although no spectators will be in the stands, the Olympics will happen. Olympic betting can lead to big time wins or big time losses.

Too many events with odds on too many participants requires us to think of an overall strategy. Olympic handicappers don’t have the time to sift through mounds of information for every event. With that in mind, we’ve put together a strategy that should serve you well during the Summer Games. Sticking to this strategy may not lead to a lot of cashed tickets, but these rules should help you manage your bankroll and cut major losses. With all that in mind, let’s jump right into action so you can plan your bets against their Olympics odds.

How to Make Money on Olympic Events

Never back an Olympic chalk

It’s almost never a good idea to go with the chalk. Sure, sometimes it makes sense, but only if the odds justify it. Often, the odds never justify backing the favorite.

Just like when handicapping anything, football, baseball, horse racing, it’s important to think value above all else. Take, as an example, the USA Men’s Basketball Team.

The odds on the United States to win gold is -1000. But the U.S. has lost 2-of-3 tune-up games. Yes, America dusted Argentina in their final tune-up, but they lost to Australia, the third-choice on the board.

Stick with sports you know

MyBookie will help you to stick to the sports you know. Wrestling, basketball, gymnastics, track and field, those are the Olympic sports everyone knows.

It’s doubtful MyBookie offers options on things like curling. However, if they do, don’t bother with finding the curling gold medal winner unless you’re a big time curling fan.

The United States’ media only concentrates on U.S. athletes. Too many athletes in too many sports makes it impossible to write about athletes from other nations.

Keep that in mind when handicapping. Also keep in mind your personal biases. If you are an American citizen, you’re likely to favor American athletes without even knowing it. It’s natural to read about a U.S. athlete and then think they have a legit shot at gold.

The good news is that the United States is always overplayed in every event and to win the most gold medals. So if you stick with the first rule, not to bet on chalk, you can save money by not backing athletes from the U.S.

Whatever bankroll rules you use to bet on the NFL, NBA, and MLB, use to bet on Olympic props. Don’t decide to increase your unit because you believe this is the year Spain wins more gold medals than any other nation.

Taking big shots makes sense. But take big shots on events with fewer options. For example, everyone can agree there are a handful of teams with a legitimate shot to win the 2022 World Cup.

It’s impossible to know everything you must know about every participating nation to have a clear idea of which athletes have real shots at gold, which are upset possibilities, and which have no shot. Also, the 2020 Tokyo Olympics is like no other in history. Remember that when you start placing bets.

Posted: Wednesday, July 14, 2021 6:13, EDT
On July 23, the 2020 Tokyo Summer Olympics finally begins. Although no spectators will be in the stands, the Olympics will happen. Olympic betting can lead to big time wins or big time losses.  Too many events with odds on too many participants requires us to think of an overall strategy. Olympic handicappers don’t have the time to sift through … click title for full article.

Posted: Thursday, January 23, 2020 11:31, EST
Are you ready for Kane’s favorite pay per view? That is right, the Big Red Machine confessed that the annual throwing people over the third rope fest is his favorite WWE annual event, hinting that he might be in the 2020 edition next Sunday from Houston, Texas. However, Royal Rumble is much more than that, so let us take a … click title for full article.

Posted: Friday, November 22, 2019 9:20, EST
The Wrestling Entertainment Wars are back, kind off, which is why WWE is trying to push up their NXT product. On Sunday, the NXT crew is going to have a great opportunity to make a statement, as Survivor Series main card included matches with superstars from Raw, SmackDown and NXT to determine which one is better. Keep in mind NXT … click title for full article.

Posted: Friday, September 13, 2019 12:21, EDT
As the name implies, Clash of Champions is a pay-per-view where almost every WWE Championship will be on the line, both on the men and women’s division. Becky Lynch vs Sasha Banks looks like the most interesting match of the all, while the absence of The Fiend, at least on the main card, is somewhat disappointing. Let’s check the latest … click title for full article.

Posted: Friday, June 21, 2019 9:04, EDT
After the huge success of AEW’s Double or Nothing, WWE needs a bang from Stomping Grounds, a pay per view event presented for the first time ever. As usual, the kick off show will begin one hour prior to the main card action (7 p.m. ET), which is full of rematches. Besides the fact that Alexa Bliss and Dolph Ziggler … click title for full article.

Posted: Friday, May 17, 2019 11:26, EDT
Here comes the money, literally. On Sunday, the top WWE Superstars meet again in Money in the Bank, one of the most anticipated events of the year, as one lucky man and one lucky woman can win a title opportunity to cash in whenever they want. The card also includes fights for the Universal and WWE Championships, while Becky “Two … click title for full article.

Posted: Thursday, March 28, 2019 5:27, EDT
For the first time ever, WrestleMania’s Main Event will be an all-women match between Ronda Rousey, Becky “The Man” Lynch and Charlotte Flair, so one way or another we are going to witness some history next Sunday, April 7th at MetLife Stadium in New Jersey. With more than 10 matches, WrestleMania 35 runtime could be around 6 hours, which means … click title for full article.

Limited on bet options compared to other sights

Betting college basketball has had its share of limited bets you can make. ML and game totals are not posted until 1 -2 hrs before the game for the first 2 weeks. Many games you can not do teasers

​Hi David , we are devastated to hear you had a bad experience with us. We are usually known for our great customer service and attention to detail in everything that we do.
In order to better assist you, call us at 1-844-2387 or send us an email at help@mybookie.cr, we’d like to make sure that such mistakes don’t happen again.​