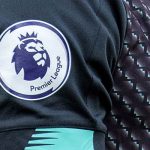 Doesn’t it feel like Manchester City just won the English Premier League title? But although it feels like yesterday, once again, we are on the cusp of a new EPL Season. The first Premier match happens on Friday, August 13, when Arsenal takes on Brentford. Check out Premier League odds, analysis, and a free pick for that match as well as nine other fantastic Premier League matches happening from Friday to Sunday this week. The UEFA European Leagues continue their fantastic seasons this week with no lack of drama and great matchups. Check out the top story in each league along with an analysis and Soccer Betting picks for each league’s most interesting match.

Roma didn’t beat Napoli, but they did end the Serie A leader’s winning streak. Up until the 0-0 draw, Napoli had won 8 straight Serie A matches.

Although early, Napoli and AC Milan looked poised to run away with the league title. But AS Roma had other ideas. Again, Roma didn’t win. They did show they will remain a contender throughout the season.

Juventus climbed to within 10 points of Napoli and AC Milan. Juve had lost their first couple of Serie A games. Since then, they’ve gelled.

On Sunday, Juventus required a penalty goal from Paulo Dybala to secure the 1-1 draw. Inter heads into Matchday 10 with 18 points. Juve has 15.

Both teams head into Matchday 10 showing similar form. Both have won a single match, drawn twice, and lost twice in their last five.

Atalanta is the home squad and because of that, they are the chalk. But Lazio beat Atalanta 3-1 in the last head-to-head. Granted, a lot of months have passed since the last face-off. Still, the odds make Ciro Immobile and his mates the play.

Playing in place of injured star Erling Haaland, Jude Bellingham stepped it up big time to help Dortmund to a 3-1 victory over Arminia Bielefeld. Granted, Borussia didn’t play one of the best of the best in the Bundesliga.

But Bellingham showed that Dortmund might be okay with Haaland sidelined due to a hip injury. Erling will be out for multiple weeks. So it was important for Bellingham to prove he could have a good match and work with Borussia’s other stars.

Dortmund is a point behind Bayern on the German League Standings. If Bellingham continues to shine, Borussia could maintain second-place status and then make a run for the title once Haaland returns.

Wolfsburg has lost four straight and Leverkusen shows two draws and a loss in their last three making this one of the most important Bundesliga matches of the week.

Salzburg upset Wolfsburg in their last Champions League match. Also, the 0-2 loss to Freiburg on Oct. 23 had to hurt. At -111, Leverkusen is an overlay.

Angry Barcelona fans slapped his car and almost prevented him from leaving the stadium. Koeman escaped, but the fallout could have major reverberations.

No manager or coach should ever have to deal with angry fans. Also, what do the Barcelona faithful expect? The team is in dire straits financially. That’s not Koeman’s fault.

In any case, Real Madrid climbed to within a point of the league lead while Barcelona remained 6 points behind 21-point Sociedad and 20-point Real.

Heading into Matchday 11, Sevilla has 20 points, a single point behind Sociedad. Osasuna has 18 points, 3 points behind the Primera Division leader.

Sevilla won the last head-to-head 2-0 and should offer chalk odds because this happens on their pitch. But the odds on Osasuna make them an overlay. The road team can surprise at massive odds.

It got so bad for the Red Devils in the 0-5 loss to Liverpool that Pool’s fans chanted, “Ole must stay!” towards the end of the defeat.

Ole Gunnar Solsjkaer is Manchester United’s manager and coach. Some believe the loss to the Reds is a sign ownership doesn’t care whether Solsjkaer brings an EPL title to United or not.

If ownership cared about winning, why is Solsjkaer on the sidelines? But before dumping on Man United’s owners, we can’t forget that the Red Devils transferred Jadon Sancho and Ronaldo.

Why pay so much money to a couple of the top stars in European soccer if you don’t plan on winning matches? Ownership will dump Solsjkaer if the losses mount and players like Sancho, Ronaldo, and Harry McGuire say something.

Neither the Hotspur nor the Red Devils have impressed. On paper, Man United should have no trouble winning this, but this happens on Tottenham’s pitch.

On April 11, United dusted Tottenham 3-1. The Hotspur have lost 2 straight, including an unforgivable 1-0 defeat to Vitesse, the sixth best team in the Dutch Eredivisie.

Man U has no excuses. If the Red Devils have any heart at all, they’ll beat the Hotspur.

Posted: Tuesday, October 19, 2021 5:25, EDT
UEFA European Leagues picked up their season last week. Some teams, like Bayern Munich, proved they remain the best in their respective league. But other teams, like Real and Atletico, failed to live up to the hype. Check out what’s happening in the Bundesliga, Serie A, La Liga’s Primera Division, and the English Premier League in our UEFA European League Read More

Posted: Tuesday, October 12, 2021 6:41, EDT
FIFA World Cup Qualifying matches continue this week, which is why it’s the perfect time to catch up on what’s happening in Europe’s top soccer leagues. Every UEFA season, Serie A, the Bundesliga, La Liga’s Primera Division, and the English Premier League produce top-notch teams. Check out who currently leads each league as well as predictions for each league so Read More

Posted: Wednesday, September 22, 2021 11:10, EDT
The best soccer match this weekend happens in the English Premier League. Top Champions League powers Manchester City and defending CL title holder Chelsea hit the pitch at Stamford Bridge on Saturday. Then on Sunday, Tottenham hosts Arsenal in a match both teams will be desperate to win. Check out Premier League odds, analysis, and free picks for this weekend’s Read More

Posted: Thursday, September 16, 2021 5:43, EDT
On Friday, Sep. 17, the Premier League kicks off an excellent weekend of action when Leeds heads to Newcastle. On Saturday, Liverpool hosts Crystal Palace and Man City welcomes Southampton. The most intriguing EPL match during the weekend happens on Sunday when the Blues take on the Hotspur in Tottenham. Check out Premier League odds, analysis, and free picks for Read More

Posted: Friday, September 3, 2021 5:27, EDT
One of the greatest soccer players in history returned to Man United. The Red Devils signaled they’d go after the top striker in the world next summer. An underrated team is playing like one of the best in the Premier while Tottenham and their star have decided to call a truce. Check out the latest English Premier League news in Read More

Posted: Friday, August 20, 2021 2:15, EDT
The Premier League plays a full slate of games this weekend. No match appears as interesting as Chelsea versus Arsenal. The game takes place on Sunday. The Gunners are at home, which means Chelsea must pick it up if they hope to grab a victory. Check out Premier League odds, analysis, and free picks for this weekend’s top EPL matches.  Read More