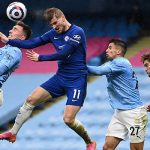 After a fantastic UEFA Champions League Season, the final is here. On Saturday, May 29, two of the best teams in the English Premier League throw down when Thomas Tuchel’s Chelsea squad takes on Pep Guardiola’s Manchester City team. The Blues versus the Sky Blues for the UCL trophy should be an exhilarating match. After another fantastic season, the UEFA Champions League is ready to crown a new titlist. On Saturday afternoon eastern time, Real Madrid and Liverpool throw down for the right to call themselves champions. Lines haven’t changed much since oddsmakers established Liverpool an over even money favorite to win in regulation. Will the Reds win their third league title of the season? Or will Real Madrid win their second? Check out UEFA Champions League Odds, analysis, and a free pick for Real Madrid versus Liverpool.

Why Real Madrid will beat Liverpool

Real has already beaten two of the best teams from the English Premier League. The LaLiga Champions got past both Chelsea and Manchester City on their way to the Champions League Final. The win over the Sky Blues was one of the greatest comebacks in CL history. Karim Benzema scored 2 goals in extra time. If Real could beat the Blues and the Citizens, why couldn’t they take down Liverpool?

Why Liverpool is a good bet versus Real Madrid

Liverpool is rolling. The Reds have won 4-of-5 with a draw. The draw happened versus strong Tottenham. More importantly, Pool failed to win the Premier League in the final matchweek. So Liverpool will be motivated to win their third league title of the season.

In the Premier League’s final matchweek, Pool still had a chance to beat Manchester City and win the EPL. If Pool had pulled off the EPL win, they’d be going for a rare fourth title of the season because earlier, Liverpool won the Carabao Cup and the FA Cup.

In any case, Pool wants to at least go 3-for-4. Doing so means beating Real Madrid and winning the title. No doubt, beating Real won’t be easy.

Carlo Ancelotti has El Blanco playing above their talent level. But Liverpool has something that Chelsea and Man City doesn’t.

Real knows they won’t stop Mane and Salah. So their best chance is to be ultra-aggressive. If Real plays overly aggressive, Liverpool will counter.

Liverpool is more disciplined than City. The Reds are more talented than Chelsea and Jurgen Klopp has his team playing while making few mistakes. Liverpool wins the Champions League with a regulation victory.

Posted: Friday, May 27, 2022 3:45, EDT
After another fantastic season, the UEFA Champions League is ready to crown a new titlist. On Saturday afternoon eastern time, Real Madrid and Liverpool throw down for the right to call themselves champions. Lines haven’t changed much since oddsmakers established Liverpool an over even money favorite to win in regulation. Will the Reds win their third league title of the Read More

2022 Champions League Betting Analysis: What Does Real Madrid Need to Win the Title

Posted: Tuesday, May 24, 2022 5:26, EDT
On Saturday, May 28, Real Madrid steps onto the pitch at Stade de France hoping to beat another top English Premier League team. Only this time, if Real pulls off the win, they will take home the 2021-2022 Champions League Season trophy. For El Blanco, a victory won’t come easy. Liverpool is a solid chalk. Keep reading for what Real Read More

Posted: Friday, May 13, 2022 4:12, EDT
The early Champions League Final odds make Liverpool a solid favorite to beat Real Madrid and win this season’s Champions League title. The Reds are at +102 to beat Real in regulation and grab the trophy. A lot can happen from now until May 28. Sometimes, though, it makes sense to bet early. Check out current UEFA Champions League Odds Read More

Posted: Friday, May 6, 2022 2:10, EDT
After a furious comeback, Real Madrid knocked out co-favorite Manchester City and will face chalk Liverpool in the 2022 Champions League Final on Saturday, May 28 at the Stade de France in Saint Denis. Real offers +260 odds while Liverpool offers -103 odds. Are the odds fair on either team? Also, which squad deserves the early look to win the Read More

Posted: Tuesday, May 3, 2022 5:46, EDT
In their Champions League Semifinal first leg versus Manchester City, Real Madrid’s furious second half rally came up just short. On Wednesday, Real hopes to turn the tables on the Sky Blues. Will Real do enough to knock out the Citizens and move to the Champions League Final? Or will Man City close the door on the LaLiga titleholders? Check Read More

Posted: Monday, May 2, 2022 5:03, EDT
English Premier League squad Liverpool heads to the Estadio de La Ceramica on Tuesday hoping to end Villareal’s dream Champions League season. The Reds took their sweet time getting it going in the first leg. In leg 2, will Pool rush out to a lead? Or will Villareal make things interesting? Check out Champions League odds on MyBookie, analysis, and Read More