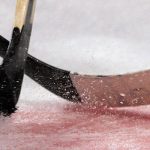 The new NHL season is under way, and we are back to the regular format in 2021. Last season was a little different in that the league decided to go with regional divisions in an effort to lessen the travel and the potential COVID impact for each team. While the shortened season and the different way of doing business was fun, it is good to be back to business as usual in the NHL. The new NHL season is under way, and we are back to the regular format in 2021. Last season was a little different in that the league decided to go with regional divisions in an effort to lessen the travel and the potential COVID impact for each team. While the shortened season and the different way of doing business was fun, it is good to be back to business as usual in the NHL. We have something else to look forward to this season, which is a new team in the league. The Seattle Kraken have already started their season and are playing .500 hockey in the early going. Let’s look at this week’s schedule and pick some of the standout games so you can bet against their NHL odds.

We already mentioned the new team in the league at the top of this piece, but if you haven’t had a chance to check them out yet, then you should take a look on Monday night when they hot the road to face the Philadelphia Flyers. Seattle is off to a decent enough start to the season, going 1-1-1 in their first 3 games, while the Flyers lost their only game of the season in OT. This one promises some goals, so it should be fun to watch.

The Avalanche went into last season as one of the favorites to win the Stanley Cup, but their playoff quest ended with a 6-game loss to the Golden Knights in the second round. We expect them to challenge again this season, although they are 1-1 after their opening 2 games. The Capitals are 1-0-1 through their first 2 games of the season and are always an offensive threat with Alexander Ovechkin on the ice.

We have a quiet night on Wednesday, but the NHL returns with a full slate of games on Thursday. This one is interesting because we have an unbeaten team going against one still looking for that elusive first win. The Hurricanes are 2-0-0 to start the season and have already amassed 9 goals. Montreal is 0-3-0 and have scored just 3 times while surrendering 10. Will the Hurricanes continue to roll, or will the Canadiens get on track?

When you have arguably the best player in the league on your team, expectations tend to be high. That is where the Edmonton Oilers and Connor McDavid are right now. They are off to a fast start to the season, winning both of their games, with McDavid notching a hat-trick versus the Calgary Flames. The Golden Knights are a little slower out the gate at 1-1, but we can expect these two to be challenging for the Pacific Division this season.

Two teams out to a solid start will hook up on Saturday night, with the expectation for goals very high in this one. The Maple Leafs are 2-1-0 through their first 3 games and are still looking for their first road win of the season. The Penguins have been scary good on the offensive side of the ice, bagging 15 goals through their opening 3 games. That said, they have also given up 9, so they need to tighten up in their own end.

Posted: Monday, July 12, 2021 2:52, EDT
The NHL season is officially over, and the Tampa Bay Lightning are probably still celebrating after winning the Stanley Cup for the second straight season. One thing that they are probably not doing right now is thinking about next season and the possibility of a threepeat. It is, of course, way too early to start talking about the next Stanley Read More

Posted: Monday, June 21, 2021 6:28, EDT
We are at the Conference Final stages of the NHL, or simply the semi-finals, if you prefer given that the divisional alignments were different than usual this season. Regardless of what you call it, both series are hanging in the balance at the moment, as both are tied at 2-2 and heading into Game 5. In short, both series are Read More

Posted: Tuesday, June 15, 2021 5:12, EDT
The Stanley Cup playoffs have been as entertaining as they always are, with great action and a ton of surprises being delivered through the opening two rounds. The divisional part of the playoffs is now over, and we are into the final four, with the winners of these series moving on to go head-to-head in the Stanley Cup Final. This Read More

Posted: Monday, June 14, 2021 6:15, EDT
The opening two rounds of the Stanley Cup Playoffs are in the books, and we are now down to the final four teams. What may come as a surprise to many is that just one top seed made it into the semi-finals, but perhaps it is not all that surprising given the regional division setup that we saw through the Read More

Posted: Tuesday, June 8, 2021 1:03, EDT
The Stanley Cup playoffs are now in the second round, with a couple of teams already looking like they might be in the final four sooner rather than later. It is always fun to watch the odds shift, which they do regularly during the postseason. You can see those odds change dramatically overnight when a team delivers a big win Read More

Posted: Monday, June 7, 2021 3:54, EDT
The 2021 NHL playoffs are in the second round of action, with 4 different series in various stages of completion. The playoff setup is a little different than what we are used to, but from what we have seen to this point, it is certainly no less exciting. We have some definite favorites emerging, but we also know from past Read More

Posted: Tuesday, June 1, 2021 8:44, EDT
The race for the Stanley Cup is now well under way, with the opening round series now all in the books. There were a couple of surprises to be found in Round 1, but perhaps none bigger than what we just saw in the North Division section of the playoffs. Many people had the Toronto Maple Leafs in as the Read More

Posted: Monday, May 3, 2021 5:46, EDT
With the 2020-21 NHL regular season almost complete and the 2021 playoffs set to get underway in just over a week on Tuesday, May 11, it’s time to take a look at the latest NHL Odds to win it all.  To that end, I’ve identified a dozen teams that I believe could hoist this year’s Stanley Cup trophy. With a Read More

Posted: Wednesday, April 28, 2021 1:56, EDT
Are the Colorado Avalanche going to live up to their status as prohibitive favorites? Are the streaking Vegas Golden Knights the best team in the NHL? Could the defending champion Tampa Bay Lightning go back-to-back after winning it all a year ago? Could all three top favorites get beat out for this season’s Stanley Cup trophy by another elite challenger Read More

Posted: Friday, April 16, 2021 5:21, EDT
Will Colorado live up to its status as prohibitive favorites to win the 2021 NHL Stanley Cup Trophy? Could the defending champion Tampa Bay Lightning repeat after winning it all a year ago? Will the explosive Lightning get past challengers like Boston, Toronto, Washington or Pittsburgh? Could the Avalanche get beat out by a handful of challengers like No. 3 Read More

Posted: Monday, March 22, 2021 9:53, EDT
The National Hockey League has played its season with few coronavirus-inflicted stoppages. One flared up this past week, though, which could affect who wins the East Division, one of the tightest in the league. Check out info on the COVID situation in Boston along with other NHL news so you can keep betting against their NHL odds.  NHL COVID-19 Update Read More

Posted: Thursday, March 11, 2021 4:27, EST
Sports fans will argue until they are blue in the face abut the toughest championship to win and which sport has the best playoffs. Given the grind and physicality of the NHL, not to mention the upturn in speed and intensity once the postseason arrives, you have to say that they certainly have a right to think of themselves as Read More

Posted: Thursday, March 4, 2021 3:44, EST
Given that the NHL turned to a new format for this season, it was tough to know how things might play out. It would appear that players and fans alike are loving the regional division format and the back-to-back games against the same opponent, which makes things feel a bit like a playoff series. This is not a format that Read More

Posted: Monday, February 22, 2021 1:08, EST
With the 2020-21 NHL season rolling into its seventh week of action, no team is hotter than the streaking LA Kings. Toronto and Edmonton are also relatively hot while Dallas is reeling both on and off the ice. Calgary and Anaheim both have big problems while Philly and the defending champion Tampa Bay Lightning will both look to get back Read More