CSKA Moscow vs BC Uniks Kazan

Real Madrid vs AS Monaco

Baskonia Vitoria-Gasteiz vs Panathinaikos BC

BC Zalgiris Kaunas vs Olimpia Milano

Mitteldeutscher BC vs Riesen Ludwigsburg

Metropolitans 92 vs AS Monaco

BC Larisa vs BC Kolossos Rhodes

BC Olympiakos Piraeus vs BC AEK Athens

Apollon Patras vs Ionikos Nikaias BC

Peristeri Athens vs Promitheas Patras BC 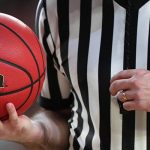 Most of the teams that are inside the top five for betting odds have not changed besides Auburn. Let’s take a look at our current NCAAB Championship Betting favorite to win the title, a smart bet to win, and who may be a dark horse to win the championship.

Gonzaga has a good resume of non-conference games this season, taking on Texas, UCLA, Duke, Alabama, and Texas Tech. The Bulldogs lost to Duke and Alabama in two close games but beat the other teams of Texas, Texas Tech, and UCLA. The most impressive win will be over UCLA, who took down Arizona on Tuesday night.

The Bulldogs have won their last eight games and have no time to look back. They only have conference games left on their schedule, which they should win. Gonzaga is headed for another conference championship and likely another number one seed in the NCAA Tournament. Gonzaga finished runner-up last season, and they are looking for redemption this year.

The news #1 team in the AP Poll lands as our best smart bet to win the National Championship. The Tigers have a record of 19-1 on the season and are in the midst of a 16-game winning streak. The lone loss for the Tigers was suffered against UCON in a double-overtime game.

The Tigers escaped Columbia, Missouri, with a close win on Tuesday night. Their first game as the #1 team ended in a one-point victory, 55-54. With a tough strength of schedule this season for the Tigers, they could make a run this year in the NCAA Tournament.

Auburn has been led by Jabari Smith this season, averaging 15.2 points per game. The Tigers have four players averaging double-digits in points this season. We have one full month left in the regular season, and Auburn is playing a great brand of basketball right now. Look for the Tigers to make some noise in March.

The Arizona Wildcats is one team that is not being talked about enough. They are the perfect dark horse because not many people know how good they are. Even with the tough conference loss to UCLA, the Wildcats are still in a good position to make a run come postseason time.

Since taking over for Sean Miller, Tommy Lloyd had done a fantastic job of taking the Arizona Wildcats to the next level. Coach Lloyd has multiple players this season that can take over a game at any point. With a 16-2 record, the Wildcats have been led by sophomore standout Bennedict Mathurin. Mathurin averages 17.4 points per game and 6.3 rebounds per game.

The Wildcats can also go to Azuolas Tubelis, Christian Koloko, and Kerr Kriisa. All three of these players are averaging over 10 points per game this season. This Arizona team is fast, tall, and strong. They have the ability to score in a heartbeat and love to run the floor. Do not be surprised to see Arizona make a run to the Elite Eight or further this year.

Posted: Thursday, January 27, 2022 11:11, EST
We had a monumental shift in the AP Poll this last week as Auburn jumped up to the #1 overall spot. This is the first time in program history that the Tigers have been ranked first in the poll. Not only did they make a move in the rankings, but they also made a move within the betting odds for Read More

Posted: Tuesday, January 25, 2022 2:56, EST
Over the past few weeks, we haven’t seen much in the way of change at either end of the NBA Power Rankings. After last week’s action, there is some movement to report, which is not particularly surprising when you see that some teams are having more issues with COVID and injuries than others. Those moves are something we should probably Read More

Posted: Tuesday, January 25, 2022 1:08, EST
Although we haven’t reached the NBA’s All -Star Break, it’s a good time to consider which teams have what it takes to reach the playoffs. More than half of the league makes the playoffs. Like in 2021, the teams in seventh through tenth place must battle in the play-in tournament. As we head into February, the below are the favorites, Read More