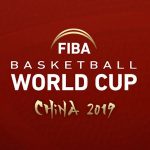 The 2019 FIBA Basketball World Cup kicks off on August 31 in the United States and September 1 in Beijing, China. Team USA is a solid -200 favorite. However, the United States’ odds went from -350 to -200 after they dropped an exhibition game last weekend versus Australia. Is USA vulnerable for it’s first international tournament loss since 2006? Check out the FIBA World Cup odds, a preview, and analysis!Updated 2019 FIBA World Cup Odds - August 29thsetTimeout(function() { var tweet = document. Live stream for every game of the 2020 FIBA World Cup will be available via ESPN+.

The tournament has been expanded from 24 to 32 teams, which are divided into eight groups of four. Each team in a group will play the other three teams once, with the top two teams from each group advancing to a second group stage. In the second phase, the 16 remaining teams will be split in four groups of four, with each team playing each other once. The top two teams in each group will qualify for the quarterfinals. From then on, the tournament will follow a traditional knock-out stage format.

The 2019 FIBA Basketball World Cup kicks off on August 31 in the United States and September 1 in Beijing, China. Team USA is a solid -200 favorite. However, the United States’ odds went from -350 to -200 after they dropped an exhibition game last weekend versus Australia. Is USA vulnerable for it’s first international tournament loss since 2006? Check out the FIBA World Cup odds, a preview, and analysis!

How much of a lock are the Americans to win the 2019 FIBA World Cup?

On paper, the U.S. squad looks like a lock. Any team that includes Jayson Tatum, Kemba Walker, Marcus Smart, and Jaylen Brown should stand toe-to-toe with any international squad, right? Those four players make up the core of the Boston Celtics, one of the top teams in the NBA.

Not only that, but the head coach might be the greatest of all time. Gregg Popovich knows basketball better than anybody on the planet. The assistant coaches are Jay Wright, Villanova’s head guy, and Steve Kerr, the architect of Golden State’s dynasty.

That’s on paper. The team is solid. However, unless you truly believe that the Boston Celtics are that good, you must question whether USA can dominate. The international game hasn’t exactly caught up with the United States. But, no LeBron, no KD, no AD, no Kawhi, and no Splash Brothers, means the U.S.’s very best aren’t going to be in Beijing.

Popovich, Wright, and Kerr can only work with what they’ve got. They’ve got the Boston Celtics, one possible superstar in Khris Middleton, and decent bench players like Harrison Barnes and Mason Plumlee.

Let’s not forget the odds rose significantly from -350 to -200. That’s a sign the Americans are an underlay.

Does Serbia offer overlay or underlay odds to knock off the United States?

The thinking here is that Serbia offers excellent odds. Their fair odds are probably around +250. Why? In every game the Serbs play, they’ll start the second best player at the 2019 FIBA World Cup, center/power forward Nikola Jokic.

Jokic dominates in the NBA. He averages 20 points, 7.2 assists, and 10.8 boards for the Denver Nuggets. He’s the single most dominant player at the FIBA World Cup. Serbia isn’t just Jokic, though. Both Bogdan Bogdanovic and Nemanja Bjelica play for the Sacramento Kings. Plus, the Serbs have played together longer than other teams.

Serbia has a real shot of taking down the U.S. in this tournament.

What about Greece’s chances of winning the 2019 FIBA World Cup?

Greece’s odds have significantly depreciated because the reigning NBA MVP steps onto the court for them. Giannis Antetokounmpo dominates, maybe, like no other player in the history of pro basketball. He’s a do-it-all machine of a player.

Giannis doesn’t have the same supporting cast that Jokic has. So, the odds on Greece are fair, maybe even a bit underlaid. However, he’s not battling LeBron or Steph or Kevin Durant in this tournament. He’s already proven he can beat up the players on Team USA.

If you’re looking for any longshot to upset the United State’s or Serbia, it Greece. The other underdogs at the 2019 FIBA World Cup don’t have much of a chance of winning.

Posted: Tuesday, February 7, 2023 6:44, EST
The Phoenix Suns will welcome back All-Star guard Devin Booker from a serious groin injury on Tuesday night as they make their only visit of the season to the Brooklyn Nets, who might be very short-handed again in the wake of the trade of Kyrie Irving over the weekend. Thus, the Suns are solid favorites on the NBA odds. Suns … click title for full article.

Posted: Monday, February 6, 2023 3:50, EST
The Dallas Mavericks have been looking for another star to put alongside MVP candidate Luka Doncic and it appears the Mavs have found one in All-Star Brooklyn Nets guard Kyrie Irving, a Hall of Fame talent but Hall of Fame distraction at times. He has been traded to Dallas but is not likely to debut Monday night at the Utah … click title for full article.

Posted: Monday, February 6, 2023 9:56, EST
Things are heating up inside the NBA as we’re nearing the trade deadline and the All-Star Break. In looking at this week’s slate of games, there are some very good games on the docket. In terms of betting, we have found a couple of games that we think you may be interested in. We’ll preview each of those games, and … click title for full article.

Posted: Monday, February 6, 2023 8:05, EST
We are now just 2 weeks away from the All-Star Break, which can prove to be a blessing or a curse. For the teams that go into the break on a hot streak, a few days off can prove to be a momentum killer. On the flipside, that break gives the teams on the slide an opportunity to regroup and … click title for full article.

Posted: Monday, February 6, 2023 7:15, EST
As the season approaches the midway point with the All-star game looming, the odds for the NBA title in 2022–23 are beginning to shift dramatically. Despite some inconsistent early results among the top contenders, Mybookie hasn’t changed the preseason favorite in the 2022–23 NBA Championship Odds. However, after some rearrangement over the past few weeks, there is a clear picture … click title for full article.

NBA Week 17 Against the Spread Betting Picks: Must Bet Games

Posted: Monday, February 6, 2023 7:06, EST
As we head into Week 17 of the NBA season, the battle for playoff seeding is tight in both conferences. With the All-Star Game on the horizon, ever team will be looking to finish strong before heading into the break. That all begins on Monday night, with a nice slate of games on the schedule. Let’s quickly break them all … click title for full article.