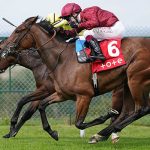 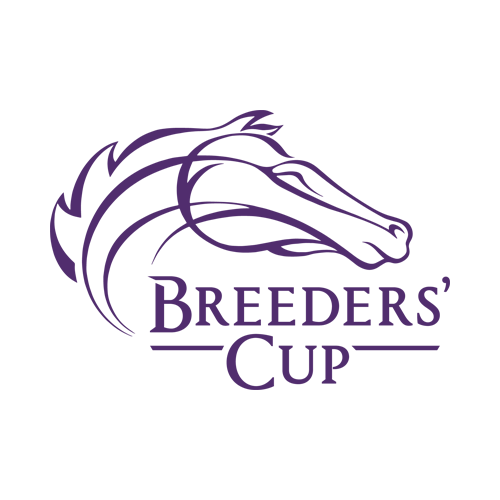 It’s that time of the year again, the 2021 Breeders’ Cup. North American horse racing’s biggest day will attract the top trainers, jockeys, and equines to Del Mar Racetrack in Southern California. Check out top plays and Horse Racing Odds from Breeders’ CuP for Friday, Nov 5 and Saturday, Nov 6. You can also visit our Online Racebook to place your bets on active racetracks.

It will be tough to beat Echo Zulu. The Gun Runner sired and Steve Asmussen trained miss is undefeated after three starts. She broke her maiden by 5 ½ lengths. She won the Grade 1 Spinaway in her second race by 4 lengths.

But Echo Zulu hasn’t faced a runner as talented as JuJu’s Map. The Brad Cox trained miss won the Grade 1 Alcibiades going 2 turns. She can upset the 4/5 morning line chalk.

Make no mistake, the 9/5 morning line runner looks like a great horse. Jack Cristopher won the Grade 1 Champagne by 2 ¾ lengths.

But Cristopher is in tough. Corniche may not pose a problem since he breaks from post 12. Stablemates Barosa and Pinehurst could.

Todd Pletcher’s Commandperformance, who finished second to Jack Cristopher in the Champagne, has a shot to turn the tables.

Right now, Commandperformance looks like the best play. The most important thing? Do your homework before dumping on Jack Cristopher.

Charles Appleby trained Space Blue is 3/1 on the morning line. Second choice is Mo Forza from the Peter Miller barn.

Between the two, Mo Forza is probably the better play since the Uncle Mo sired runner has won 4 straight and a couple of the wins were at Del Mar. But it’s impossible to back Mo Forza if the horse goes off at odds lower than 5/1.

Like every year, the Breeders’ Cup Mile field is deep. Don’t take short odds on any horse.

Most likely winner – Tarnawa in the Breeders’ Cup Turf

2020 Breeders’ Cup winner Tarnawa is 9/5 on the morning line. If a runner like Very Eleegant were in this race, we might say play against. But Very Eleegant won the Melbourne Cup this week, which means she won’t run for smaller potatoes in the BC Turf.

Tarnawa, who finished second in the Prix de l’Arc de Triomphe in her last, should dominate this field. Second choice is Domestic Spending, who didn’t win his last race.

It’s easy to overthink a race. Sometimes, though, it makes sense to go with the best horse in the race no matter the odds. Tarnawa in the BC Turf is that horse.

Jackie’s Warrior looks impossible to beat. However, the Steve Asmussen superstar sprinter has already raced in some seriously tough races this year.

Don’t expect Jackie to get an easy lead. Trainers know the only way to beat the Asmussen charge is to go after him early. If a speed duel develops, it should set up for Wayne Catalano trained Aloha West.

Jackie should hang on to finish second. Special Reserve is in excellent form and can get a piece.

Letruska is an 8/5 morning line chalk. There’s a chance she goes off at 6/5 or even money. No doubt, she can win this race, but there’s a ton of speed signed onto this.

Shedaresthedevil and Horologist will go after Letruska early. Royal Flag won the Grade 2 Beldame by 4 ¼ lengths. She’ll be in a great position to run past the the leaders.

Bob Baffert trained Private Mission has turned into one of the best 3-year-old fillies in the U.S. She has a chance to beat her elders and take the Distaff on Saturday. Don’t be surprised if the Baffert runner challenges Royal Flag to the wire.

Malaathat is another terrific 3-year-old filly. She won the Grade 1 Alabama at 1 ¼ miles in her last. If she’s improved, and there’s no reason to believe she hasn’t, like Private Mission and Royal Flag, Malathaat can win the Breeders’ Cup Distaff.

An exacta box with Flag, Mission, and Malathaat might be the optimal play.

Most believe Knicks Go wires this field. But the Brad Cox trained speedster has never won at 1 ¼ miles. The final 1/8 mile could send Knicks Go back peddling out of the top three.

Hot Rod Charlie is fast enough to challenge Knicks Go early. Hot Rod almost held off Essential Quality in the 1 ½ mile Belmont Stakes. Give the O’Neil trainee a big chance to round out the exacta

Essential Quality has a single blemish on his stellar record, a third place finish in the Kentucky Derby. The Brad Cox trainee can win this for sure. But Quality must run down Hot Rod and get past Max Player. That won’t be easy.

Posted: Monday, November 1, 2021 6:34, EDT
The 2021 Breeders’ Cup takes place at Del Mar Racetrack on Friday, Nov. 5 and Saturday, Nov. 6. Although every race on the BC card is graded, we’ve chosen the seven races that you should most definitely handicap. Check out more information on the juvenile events, the Distaff, the Turf, the Mile, the Sprint, and the most important horse race Read More

Posted: Tuesday, October 26, 2021 4:43, EDT
With less than two weeks before the 2021 Breeders’ Cup, Knicks Go is an outright favorite to win the Classic while Letruska is a big time chalk to win the Distaff. Top horse Jackie’s Warrior is the favorite to win the Sprint. Because of a defection, a clear cut favorite has emerged to take the Turf. Check out top plays, Read More

Posted: Tuesday, October 19, 2021 4:00, EDT
The 2021 Breeders’ Cup is approaching quickly, which is why every week there’s more important BC news. This past week, the most important news happened when Del Mar Racetrack said Bob Baffert could run his horses in this year’s Breeders’ Cup. Now that Bob has the go ahead, check out which horses Baffert trains that should make an impact. Also, Read More

Posted: Tuesday, October 12, 2021 4:50, EDT
In about three weeks, the best horses in the world descend upon Del Mar to run in the 2021 Breeders’ Cup World Thoroughbred Championships. The final preps for this year’s Breeders’ Cup happened over the weekend. Which horses displayed the talent required to win their BC race? Check out top plays, Horse Racing Odds and the latest news in our Read More

Posted: Tuesday, October 5, 2021 11:36, EDT
The final major preps for the 2021 Breeders’ Cup Classic are in the books. Wouldn’t you know it? The Belmont winner, Essential Quality, and the Kentucky Derby winner, Medina Spirit, are a couple of the favorites heading into the race. The overall chalk is Knicks Go, the super-fast Brad Cox trained runner who romped in this past Saturday’s Lukas Classic Read More

Posted: Thursday, July 15, 2021 5:35, EDT
The Breeders’ Cup doesn’t happen until early November. But that doesn’t mean we shouldn’t check out updated odds. Most BC contenders will have a single race from mid-July to November 6. It makes sense to check out current odds on MyBookie and assess those odds based on our overlay and underlay criteria. See below for odds on 18 horses that Read More

Posted: Friday, November 6, 2020 4:58, EST
It’s Breeders’ Cup weekend! The juveniles race re  on Friday while the main Breeders’ Cup card happens on Saturday. As always the nine race BC Saturday card culminates in Race 12 with the 2020 Breeders’ Cup Classic. Check out top plays and Horse Racing Odds from Breeders’ Cup Classic for Saturday, Nov. 7. You can also visit our Online Racebook Read More

The Breeders’ Cup World Championships is an annual series of Grade I Thoroughbred horse races, operated by Breeders’ Cup Limited. From its inception in 1984 through 2006, it was a single-day event; but starting in 2007, the racing event expanded to two days. Historically, the location of the Breeders’ Cup changes every year. All sites have been in the U.S, except in 1996, when the races were held at the Woodbine Racetrack in Ontario, Canada.

Considered by many as the “World Championship” of thoroughbred horse racing, the annual Breeders’ Cup trails only the Kentucky Derby, the Preakness Stakes & Belmont Stakes. The Breeders’ Cup Classic is considered the “main event”.

Often, the winner goes on to win U.S. Horse of the Year honors, as have the four winners of the race between 2004 and 2007—respectively Ghostzapper, Saint Liam, Invasor, and Curlin. Thee race is notoriously hard to predict due to the high quality of the participating horses. One notable example of an underdog winning the Classic is the victory of Arcangues in 1993. This was the biggest upset in Breeders’ Cup history and his $269.20 payoff for a $2 wager remains a Breeders’ Cup record

Past and Future Breeders’ Cup Sites:

Most Wins and Earnings