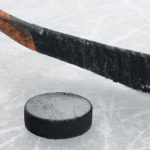 We are still in the very early stages of the NHL season, so it is much too soon to be declaring any team as a Stanley Cup favorite. That said, there are a few teams who are off to ridiculously good starts to the season, with the Florida Panthers, St. Louis Blues, Carolina Hurricanes, and Edmonton Oilers all sporting perfect records to start the year. The NHL Playoffs are a betting favorite, the pinnacle of hockey betting is the NHL Playoffs and what makes them the much more interesting for betting on, Each NHL series is played in a 2–2–1–1–1 format series price odds combined with the nature of the NHL home-ice advantage there is always value to be found.

NHL Playoffs are a 7 game series between 16 teams across the two Eastern and Western conferences, the higher ranked team starts off by playing the first two games at home, then the next 2 are home games for the lower teams, then the series will swing back and forth between cities for the final three games. This order is also used for the Stanley Cup Playoffs which is the last game which decides the NHL Stanley Cup winner each year.

We are still in the very early stages of the NHL season, so it is much too soon to be declaring any team as a Stanley Cup favorite. That said, there are a few teams who are off to ridiculously good starts to the season, with the Florida Panthers, St. Louis Blues, Carolina Hurricanes, and Edmonton Oilers all sporting perfect records to start the year. On the flipside, you have a handful of teams who are already mired in slumps that need to be a little concerning. The Chicago Blackhawks and the Vegas Golden Knights are both in troubling losing streaks that they will look to snap out of sooner rather than later. That brings us to the slate of games for this week, and there are some big games on tap. Let’s take a look at a few of the best matches for Week 3 of the 2021 season so you can bet against their NHL odds.

While not a drastic start to the season, the defending Stanley Cup champion Tampa Bay Lightning will not be pleased with their current 2-2-1 record or the fact that they have dropped 2 in a row. Things will not get any easier to start this week, as they will be on the road to face a Buffalo team that is 3-1-1, although they have also now lost back-to-back games. Both teams will be looking to snap out of those slumps before they grow too big.

A very good Western Conference matchup is the highlight of the Tuesday night schedule. The Wild are out to a solid start, going 4-1-0, and have routinely been in games with a ton of goals. It is the same story with the Canucks, who are 3-2-1. If it’s offense that you are after, then you will almost certainly get it in this one.

It is indeed still early in the season, but you can already see that the Metropolitan Division is going to be fun to watch. The Flyers have a winning record at 2-1-1, yet they still find themselves in the cellar of the division. They are going to have a tough time crawling out of it, as they will be heading to Alberta to face ab Edmonton Oilers team that is on fire to start the season. The Oilers have already scored 24 goals through their opening 5 games.

A pair of teams who came into the season among the favorites to do well in the Eastern Conference will meet up on Thursday night. The Bruins are 3-1-0 and have won 2 in a row heading into the new week. The Hurricanes are one of the few remaining teams with a 100% record in the NHL, although whether they will still have that record when this one rolls around remains to be seen.

As mentioned earlier, the Metropolitan Division looks as though it’s going to be a lot of fun to watch this season, which is why we have chosen this as our Friday night game to watch. The Blue Jackets are 3-2-0 coming into this week and still looking for their first road win. The Rangers have win 4 in a row and are top of the division with a 4-1-1 record.

We offer the latest Weekly NHL Game Odds, NHL Live Odds, This Weeks NHL Hockey team totals, spreads and lines. The latest team stats, NHL Futures & Specials, including Vegas Odds the NHL Playoffs & the Stanley Cup, NHL News & other info on the National Hockey Leauge. So what are you waiting for Signup and Bet on the NHL Today!

Posted: Monday, June 21, 2021 6:28, EDT
We are at the Conference Final stages of the NHL, or simply the semi-finals, if you prefer given that the divisional alignments were different than usual this season. Regardless of what you call it, both series are hanging in the balance at the moment, as both are tied at 2-2 and heading into Game 5. In short, both series are Read More

Posted: Tuesday, June 15, 2021 5:12, EDT
The Stanley Cup playoffs have been as entertaining as they always are, with great action and a ton of surprises being delivered through the opening two rounds. The divisional part of the playoffs is now over, and we are into the final four, with the winners of these series moving on to go head-to-head in the Stanley Cup Final. This Read More

Posted: Monday, June 14, 2021 6:15, EDT
The opening two rounds of the Stanley Cup Playoffs are in the books, and we are now down to the final four teams. What may come as a surprise to many is that just one top seed made it into the semi-finals, but perhaps it is not all that surprising given the regional division setup that we saw through the Read More

Posted: Tuesday, June 8, 2021 1:03, EDT
The Stanley Cup playoffs are now in the second round, with a couple of teams already looking like they might be in the final four sooner rather than later. It is always fun to watch the odds shift, which they do regularly during the postseason. You can see those odds change dramatically overnight when a team delivers a big win Read More

Posted: Monday, June 7, 2021 3:54, EDT
The 2021 NHL playoffs are in the second round of action, with 4 different series in various stages of completion. The playoff setup is a little different than what we are used to, but from what we have seen to this point, it is certainly no less exciting. We have some definite favorites emerging, but we also know from past Read More

Posted: Tuesday, June 1, 2021 8:44, EDT
The race for the Stanley Cup is now well under way, with the opening round series now all in the books. There were a couple of surprises to be found in Round 1, but perhaps none bigger than what we just saw in the North Division section of the playoffs. Many people had the Toronto Maple Leafs in as the Read More

Posted: Monday, May 3, 2021 5:46, EDT
With the 2020-21 NHL regular season almost complete and the 2021 playoffs set to get underway in just over a week on Tuesday, May 11, it’s time to take a look at the latest NHL Odds to win it all.  To that end, I’ve identified a dozen teams that I believe could hoist this year’s Stanley Cup trophy. With a Read More

Posted: Wednesday, April 28, 2021 1:56, EDT
Are the Colorado Avalanche going to live up to their status as prohibitive favorites? Are the streaking Vegas Golden Knights the best team in the NHL? Could the defending champion Tampa Bay Lightning go back-to-back after winning it all a year ago? Could all three top favorites get beat out for this season’s Stanley Cup trophy by another elite challenger Read More