We've barely had time to catch our breaths from an amazing opening round in the Stanley Cup playoffs, but here we are getting ready for Round 2. There are 4 series set to go in this round, with 2 games coming every single night until we get down to the final 4. As strange as it seems, getting picks correct over the course of a series can be tough, but we are going to do our best to make the best picks for every single game. 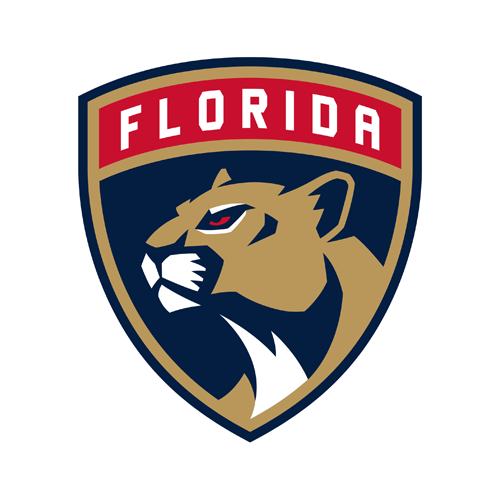 Who says Florida isn’t a hockey hotbed? For the second year in a row, the Tampa Bay Lightning and Florida Panthers will meet in the Stanley Cup playoffs. A trip to the East Finals is on the line and the Panthers are home favorites on the NHL odds for Game 1 on Tuesday.

The team split four regular-season meetings. They last played on April 24 at Florida and the Lightning rolled to an 8-4 win. Nikita Kucherov and Steven Stamkos each had two goals and two assists, Andrei Vasilevskiy stopped 37 shots and the Lightning snapped Florida’s franchise-record 13-game winning streak. Victor Hedman had four assists for Tampa Bay, which got two power-play goals and a short-handed tally. Florida’s Spencer Knight left in the second period after allowing five goals on 17 shots, and Sergei Bobrovsky played the final 27 minutes in net for the Panthers.

Why Bet on Tampa Bay?

The two-time Stanley Cup champions probably should have been eliminated at home in Game 6 of the first round vs. Toronto but rallied to force OT and then win it in overtime despite Toronto largely dominating the action. The Lightning then went to Toronto on Saturday and pulled off a 2-1 upset win to advance.

Nick Paul, a trade deadline acquisition from Ottawa, had both goals in Game 7. His first came before the first intermission and temporarily put the Lightning up 1-0, while his second proved decisive, snapping a 1-1 tie deep in the second period. Anthony Cirelli delivered four blocks and three hits in Saturday’s win. Cirelli isn’t focused on points this postseason — he has one goal in seven playoff games.

Andrei Vasilevskiy stopped 30-of-31 attempts. Vasilevskiy had been just so-so for the entire series — allowing at least three goals in each of the first six games — but came through with a performance in Saturday’s Game 7 that should serve as a reminder of how difficult the Lightning are to beat when he’s on his game.

Tampa center Brayden Point, who has led the past two NHL postseason in goals with 14 each, is likely to miss at least Game 1 with an injury suffered in Game 7 vs. the Leafs. Point was not on the ice for Monday’s practice and is officially doubtful. He was chasing a puck toward the side boards in the offensive zone late in the first when Toronto defenseman Mark Giordano made a swipe at the puck. Point’s body twisted awkwardly and his right leg collapsed as he slid into the boards. Point tried to return to the game but was clearly in a lot of pain.

“When Pointer got hurt, it seemed to lock the entire team in and I don’t think we looked back after that,” Coach Jon Cooper said.

Point, who scored the OT game-winner in Game 6 vs. Toronto, had been exceptional on both ends of the ice in Round 1 vs. the Leafs. He anchored a line tasked with neutralizing Toronto top-line threats Auston Matthews and Mitch Marner.

The Lightning are on a quest to become the first team to win the Cup in three consecutive seasons since the New York Islanders‘ run of four straight championships from 1980-83.

Why Bet on Florida?

The Panthers won the Presidents’ Trophy in the regular season by leading the league in points but they were pushed hard in Round 1, beating Washington in six games. The Cats won the finale 4-3 in overtime on Friday in DC. Claude Giroux notched one goal and two assists in Florida’s series-clinching win. Giroux scored his third goal of the first-round series in the third period to tie the game at 2-2. He also set up Aleksander Barkov’s go-ahead goal as well as Carter Verhaeghe’s overtime winner. Giroux has racked up seven points in six games this postseason. He has been a great addition for Florida since he was acquired from Philadelphia.

Originally a game-time decision Friday, Verhaeghe was able to play and he made a huge impact. He helped out on a Giroux tally in the third period, and his linemate returned the favor for the series-clinching goal 2:46 into overtime. Verhaeghe finished the first round with six goals, six assists, 15 shots on net, 11 hits and a plus-8 rating in six appearances.

Aleksander Barkov scored a goal and went plus-2 in Friday’s win. Barkov put the Panthers ahead for the first time in this contest at 14:17 of the third period. The center was solid in six first-round games, posting two goals, four assists, 22 shots on net, eight hits and a plus-8 rating.

Sergei Bobrovsky allowed three goals on 37 shots in the clincher. Bobrovsky was solid and made timely saves in the first round, finishing with a 2.79 goal-against average and .906 save percentage to win the second postseason series when he played more than two games in his 12 NHL seasons (nine seasons in the playoffs).

Defenseman Ben Chiarot is expected to be good to go for Game 1 against Tampa Bay, according to coach Andrew Brunette.  Chiarot temporarily left Friday’s series-clinching win against Washington on Friday, but he was able to return to the contest. He had one assist, 13 shots, 11 blocks and 18 hits in the first round of the 2022 Stanley Cup Playoffs.

However, Brunette said that Mason Marchment (lower body) is unlikely to play in Game 1. Marchment last played in Game 4 vs. the Caps. He a goal, nine shots on net and 21 hits in the Panthers first four games of the playoffs.

Florida’s win over Washington was the franchise’s first playoff series victory since reaching the 1996 Stanley Cup Final, where they were swept by the Colorado Avalanche.

Posted: Tuesday, May 17, 2022 3:02, EDT
Who says Florida isn’t a hockey hotbed? For the second year in a row, the Tampa Bay Lightning and Florida Panthers will meet in the Stanley Cup playoffs. A trip to the East Finals is on the line and the Panthers are home favorites on the NHL odds for Game 1 on Tuesday. How to Bet Lightning at Panthers NHL Read More

Posted: Thursday, May 5, 2022 1:20, EDT
The first round of the Stanley Cup Playoffs are underway and we are heading to the second games of the first series. The race to the Stanley Cup Finals is on and who could be headed that way? Coming into the playoffs, the top overall seeds from each conference were the Florida Panthers and the Colorado Avalanche. The Panthers won Read More

Posted: Thursday, April 28, 2022 12:47, EDT
We have reached the final days of the NHL regular season for 2021-22. We have two teams that are clear front runners in each conference and in the betting favorites. As we gear up for the Stanley Cup Playoffs, let’s take a look at a few teams that could bring home Lord Stanley’s cup this year so you can bet Read More

Posted: Monday, April 25, 2022 10:42, EDT
Teams are making their final playoff pushes, as we enter the final week of the regular season. All eight playoff spots have already been decided in the East, but teams still have a shot at moving up or down in the standings. Out West, we have 10 teams still vying for a spot in the playoffs. Right now, only five Read More

Posted: Friday, April 22, 2022 9:33, EDT
Be very wary of betting NHL games in the final week or so of the regular season. The bad teams are tanking to improve draft lottery position and some of the good teams are resting key players ahead of the postseason. Here’s a look at two intriguing matchups this weekend. Check back for NHL odds. Must-Bet NHL Weekend Games Colorado Read More

Posted: Thursday, April 21, 2022 12:36, EDT
It is a race at the top of the NHL for the President’s Trophy and for the betting favorite to win the Stanley Cup. The Colorado Avalanche and the Florida Panthers are battling it out to see who can bring home the most points this season. It may not be the final battle we see between the two teams this Read More

Posted: Wednesday, February 23, 2022 12:28, EST
The NHL trade deadline is looming, and the spring season is imminent; that can mean only one thing. Playoff hockey is quickly approaching for the 2021-22 season. Very soon, the intense playoff hockey will begin, and the 16 qualified teams will have their sights set on raising the Stanley Cup. Let’s take a look at the current favorites, some risers Read More

Posted: Tuesday, February 1, 2022 8:17, EST
There is a reason why there are no mid-season prizes or awards given in professional sports. The reality is that a great first half of the season is no guarantee of future success, as history has shown that teams who got off to a great start aren’t always able to go the distance. That is just one of the reasons Read More