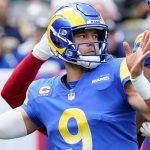 Two teams at the opposite end of the NFL spectrum will square off this weekend as the Los Angeles Rams will host the Detroit Lions. The Lions are currently winless on the season, while the Rams are 5-1. The Rams' one loss came at the hands of the undefeated Arizona Cardinals. The Rams have set themselves up nicely to contend for a spot in the Super Bowl, which will be held at their home stadium, SoFi Stadium in Los Angeles. Hard Rock Stadium in Miami will be host to two teams that have struggled this season, as the Miami Dolphins will take on the Atlanta Falcons. Atlanta comes into this one with a 2-3 record, while Miami has lost its last five straight after winning their opener against New England. Neither of these teams looks like playoff contenders at the moment, but it’s a long season, and things change quickly in the NFL. With that in mind, let’s take a closer look at both the Falcons and the Dolphins so you can get ready to bet against their NFL odds.

The Falcons are coming off after a trip to London. While overseas, the Falcons defeated the New York Jets. Matt Ryan has a nice start to the season, throwing for 1332 yards with ten touchdowns with three interceptions. He has done it without much help from top wideout Calvin Ridley.

Ridley has missed time due to injuries and just hasn’t played up to his capabilities. Kyle Pitts has been progressing in his rookie season, and he had a breakout game against the Jets. Mike Davis and Cordarrelle Patterson have sparked Atlanta’s rushing game.

As has been the case over the past seasons, the Atlanta defense is still a weakness. The Falcons are allowing nearly 30 points per game while giving up over 350 yards of offense a game. Until the Falcons get better on the defensive side of the ball, they’re going to have a hard time getting into the playoffs.

Unfortunately, the Dolphins were missing their two starting cornerbacks, starting wide receiver DeVante Parker and some other key players. The return of Tagovailoa wasn’t enough to propel the Dolphins to a win, and they lost their fifth straight game to Jacksonville.

Tight end Mike Gesicki and rookie wide receiver Jaylen Waddle have been Miami’s two main weapons on offense. The Dolphins ground game has yet to get going. Myles Gaskin leads the Dolphins rushing attack, which averages just over 71 yards per game.

We’re not confident in either team, but we think that this is the week that the Dolphins finally break their losing streak.

Posted: Thursday, October 21, 2021 11:34, EDT
Hard Rock Stadium in Miami will be host to two teams that have struggled this season, as the Miami Dolphins will take on the Atlanta Falcons. Atlanta comes into this one with a 2-3 record, while Miami has lost its last five straight after winning their opener against New England. Neither of these teams looks like playoff contenders at the Read More

Posted: Thursday, October 14, 2021 11:06, EDT
It will be an early-morning matchup stateside on Sunday when the Miami Dolphins take on the Jacksonville Jaguars in London, England. The game is scheduled for 9:30 am ET at Tottenham Hotspur Stadium in London. Miami has lost four straight since an opening win over New England, including a 45-17 loss at Tampa Bay in Week 5. The Dolphins are Read More

Posted: Sunday, October 10, 2021 11:34, EDT
Miami Dolphins vs Tampa Bay Buccaneers Score NFL Week 5 Result | NFL Betting Odds & Scores The Buccaneers had a hard time finding the end zone in New England last Sunday, but they didn’t have any trouble back at home this weekend as the Buccaneers rolled to a 45-17 rout of the Miami Dolphins on Sunday. Tom Brady Read More

Posted: Thursday, October 7, 2021 10:07, EDT
It could be a letdown game for the defending Super Bowl champion Tampa Bay Bucs on Sunday vs. Miami off their much-hyped matchup last Sunday in Tom Brady’s return to New England. However, the Bucs are still double-digit favorites on the NFL odds over the struggling Dolphins. How to Bet Dolphins at Bucs NFL Odds & TV Info When: Sunday, Read More

Posted: Friday, October 1, 2021 4:48, EDT
The Indianapolis Colts will be heading south to the warm and humid confines of South Beach to take on the Miami Dolphins on Sunday at Hard Rock Stadium. Both of the teams were among the favorites to earn a playoff spot before the season, but a playoff spot could be hard to get with the starts that both of them Read More

Posted: Wednesday, September 29, 2021 3:59, EDT
The opening month of the new NFL season will come to a close this weekend, at which point we should have a very good idea of the challengers and the pretenders. Of course, with each time still having 13 games to play after this weekend, we should all be aware that things will still have the potential to change dramatically Read More

Posted: Sunday, September 26, 2021 11:48, EDT
Miami Dolphins vs Las Vegas Raiders Score NFL Week 3 Result | NFL Betting Odds & Scores The Las Vegas Raiders improved to 3-0 on the season with an impressive overtime win over the Miami Dolphins 31-28 and remain tied with the Denver Broncos for the AFC West lead. The Raiders have played two home games with fans in Read More