New Orleans Saints vs Washington Football Team : Saints Hope to Get Back on Track 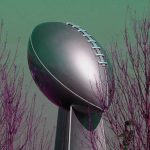 Updated Super Bowl odds are out. Even though the Chiefs got back on the winning track versus the Washington Football Team, Kansas City’s odds rose significantly from what they were a week or so ago. The Bills fell to the Titans this past Monday night, but maintain their favoritism. So did the Tampa Bay Buccaneers, who are looking more and more like the team to beat. The New Orleans Saints took down the Washington Football Team 33-22 at FedEx Field behind an ungenerous red zone defense and Jameis Winston bombs. It was a game plagued with Washington mistakes on both sides of the ball. In a game that featured a Hail Mary touchdown pass, a 72-yard bomb for a score and the continued brilliance of running back Alvin Kamara.

Who:
New Orleans Saints vs Washington

Posted: Sunday, October 10, 2021 11:48, EDT
New Orleans Saints vs Washington Score NFL Week 5 Result | NFL Betting Odds & Scores The New Orleans Saints took down the Washington Football Team 33-22 at FedEx Field behind an ungenerous red zone defense and Jameis Winston bombs. It was a game plagued with Washington mistakes on both sides of the ball. In a game that featured Read More

New Orleans Saints vs Washington Football Team : Saints Hope to Get Back on Track

Posted: Thursday, October 7, 2021 9:16, EDT
On Sunday, a couple of 2-2 squads battle in the nation’s capital when the New Orleans Saints take on the Washington Football Team. After last Sunday’s meltdown loss to the Giants, the Saints hope to get back on the winning track. Washington rallied to beat the Atlanta Falcons in their last. Check out NFL odds, analysis, and a free pick Read More

Posted: Thursday, September 30, 2021 12:34, EDT
After a hurricane-ravaged the New Orleans area, the Saints were forced to play away from their home stadium in Week 1. Even though they beat the Packers in Jacksonville to open the season, the Saints are eager to return to the Superdome. They’ll get to do that on Sunday, as they return to Mercedes-Benz Superdome to host the New York Read More

Posted: Tuesday, September 28, 2021 2:51, EDT
While it is still much too early in the season to be hitting the panic button, you can bet that there are some fans out there who are more than a little concerned about the current state of their team. This has been a rather odd start to the season, but as we have seen in the past, things do Read More

Posted: Sunday, September 26, 2021 12:48, EDT
New Orleans Saints vs New England Patriots Score NFL Week 3 Result | NFL Betting Odds & Scores The Saints moved to 2-1 on the season as they jumped to an early 14-0 lead and never looked back on the way to a 28-13 win over the Patriots on Sunday afternoon at Gillette Stadium. The Patriots had issues everywhere, Read More

Posted: Friday, September 24, 2021 11:21, EDT
On Sunday, a couple of 1-1 teams hit the gridiron for one of the week’s most intriguing matchups. Sean Payton and Jameis Winston lead the New Orleans Saints to New England to take on Bill Belichick, Mac Jones and the Patriots. Which team will go one game above .500? Keep reading for NFL odds, analysis, and a free pick for Read More

Posted: Sunday, September 19, 2021 11:57, EDT
New Orleans Saints vs Carolina Panthers Score NFL Week 2 Result | NFL Betting Odds & Scores After playing an awful first half of football against the Carolina Panthers, the New Orleans Saints rallied but came up short in a 26-7 loss Sunday, Sept. 19 at Bank of America Stadium in Charlotte. The Saints looked unable to get out Read More

Posted: Thursday, September 16, 2021 1:33, EDT
Three teams from the NFC South won their opener last weekend, and two of those three teams will meet this Sunday, as the Carolina Panthers will host the New Orleans Saints and Bank of America Stadium. New Orleans will be coming off of their Week 1 domination of the Green Bay Packers, while Sam Darnold won his revenge game against Read More

New Orlean Saints don’t have a pick on the first night of the 2019 NFL Draft. At No 62 overall, they have to wait. Luckily for them, they have a pretty strong team and aren’t necessarily looking to fill any specific position. Plus, the Saints have exercised the fifth-year option on Louisville’s, Sheldon Rankins.

Still, New Orleans isn’t a team who just sits around, especially when GM, Mickey Loomis and coach Sean Peyton have their eyes set on a player. In fact, in the past 12 NFL Drafts, they’ve collectively traded up over 15 times. So, are they really going sit out Thursday night?

Sunday, January 20 2019
NFC Championship Game, No. 2 Los Angeles Rams defeated No. 1 New Orleans | 26 - 23 in New Orleans | Controversial final no call leads the Los Angles Rams into the Super Bowl 53, with a 3 point over time victory over the Saints, the first time in history both AFC & NFC championships have ended in over time (OT).

Sunday, January 13 2019
No. 6 Philadelphia eliminated by No. 1 New Orleans | 14 – 20 in New Orleans | The New Orleans Saints rallied to defeat the Philadelphia Eagles 20-14 Sunday in a NFC Divisional playoff game. The Saints advanced to the NFC Championship game, where they will host the Los Angeles Rams.