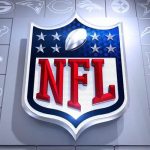 On Thursday, Dec. 2, the Saints host the Cowboys to kick off what promises to be another geat week of NFL action. Top matchups include Chargers at Bengals, Ravens at Steelers, Kansas City hosting Denver, and a massive Monday night clash between AFC leaders New England and Buffalo. Check out NFL Betting Odds, analysis, and free picks for this week’s slate of NFL games. The level of parity in the NFL is unlike anything we have seen before. You need only look at the current standings to get an idea of how tight things are. This is especially true in the AFC, where 12 of the 16 teams in the conference are at or above .500. If this continues, we are going to have some teams with good records sitting at home watching the playoffs. It goes without saying that the final few weeks of the season are going to be crucial for all of the teams sitting close to the playoff line. A losing streak now could spell disaster for any team with designs on a trip to the postseason. There are some big games with playoff implications in Week 13, so let’s see if we can put together some winning SU NFL Betting picks.

We are starting out this week’s picks with a game that would appear to be a bit of a lock, but if you have been paying attention to the NFL this season, you will be well aware that those types of bets do not exist. We have seen far too many upsets this season to feel totally comfortable about any selection. The Colts are sitting at 6-6 on the season and are one of the teams below the playoff line, while the Texans, who are 2-9 are already out of the postseason conversation. The Colts lost to the Bucs last weekend, ending a positive streak of form that has seen them 5 out of 6. After upsetting the Titans, it was back to business as usual for Houston last week with a loss. This is a matchup that Indianapolis has dominated, winning 6 of their last 7 meetings with Houston.

This is a game that has massive playoff implications, as both of these teams are very much in the hunt for a postseason spot. Cincinnati is in a very good position right now, as they still have a good shot at taking the top spot in the AFC North, which would mean not having to worry about tiebreakers and what other teams are doing. For the Chargers, this season has been all about a lack of consistency. They are at 6-5 on the year, but they have also had difficulty putting together consecutive wins. The Chargers have won in 5 of their last 7 trips to Cincinnati, but those came at a time when the Bengals were down. The Bengals are winners of 2 straight and I think they make it 3 here.

While all the focus at the moment is on the teams engaged in a playoff battle, there is still a strange little obsession that many of us have with the Detroit Lions. After all, it’s not that often we get to see a team make it through the entire season without picking up a win, and while it wouldn’t be a total shutout given that they tied a game, the Lions still look like a good bet to go winless. We talked about the playoff race in the AFC, but things are also tight in the NFC, where we have several teams below .500 still in the hunt. The Vikings are one of those teams and you would certainly like them to win here, as they have won 8 in a row versus Detroit. They are also 5-1 SU in their last 6 visits to Detroit.

Posted: Wednesday, December 1, 2021 4:08, EST
The level of parity in the NFL is unlike anything we have seen before. You need only look at the current standings to get an idea of how tight things are. This is especially true in the AFC, where 12 of the 16 teams in the conference are at or above .500. If this continues, we are going to have Read More

Posted: Thursday, November 25, 2021 4:05, EST
Two teams in the thick of the AFC playoff race will square off on Sunday, as the Cincinnati Bengals will host the Pittsburgh Steelers in a key AFC North matchup. If the playoffs were to start tomorrow, the Bengals would be in with their 6-4 record, while the Steelers would be on the outside looking in with a 5-4-1 mark. Read More

Posted: Friday, November 19, 2021 4:18, EST
When you head to Las Vegas, you hope that Lady Luck is on your side, and the Cincinnati Bengals need their luck to change. After holding the #1 seed in the AFC Playoffs just a few weeks ago, things have seemed to take a wrong turn for the Bengals, and now they’re fighting for their playoff lives. They’ll head to Read More

Posted: Thursday, November 4, 2021 6:25, EDT
It’s the NFL Season’s midpoint, which means it’s time for us to consider future bets on which teams take competitive divisions, which teams look best to win the conference titles and which squad we believe wins Super Bowl 56. Check out some of the boldest midseason predictions you’re likely to find so you can get all set to bet against Read More

Posted: Thursday, November 4, 2021 10:59, EDT
Both Cleveland’s Baker Mayfield and Cincinnati’s Joe Burrow are former Heisman Trophy winners and No. 1 overall picks. While Burrow looks like the better pro, he’s 0-2 in his career vs. Mayfield as the Browns visit the Bengals on Sunday. Cincinnati is a short favorite on the NFL odds. How to Bet Browns at Bengals NFL Odds & TV Info Read More

Posted: Tuesday, November 2, 2021 4:32, EDT
It took 8 weeks of the season for it to happen, but we are finally down to the point where we have no unbeaten teams left to talk about. The previously unbeaten Arizona Cardinals went down to the Packers late in what could potentially be a preview of the NFC Championship Game. A few teams, most notably the Dallas Cowboys, Read More

The Bengals also have a new head coach this year, Zac Taylor. While the Bengals are in the Queen City for their pre-season workouts, Bengals fans are making sure to keep an eye on the health status of Andy Dalton, and A.J. Green. Neither players have an injury that would take them out of this current season, however, it will inhibit them from participating in this year’s offseason workouts.