Formula 1 Betting Update: Quick Look at the 23 Races of the 2022 Calendar 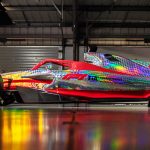 We are into February already, which means that we are now just a little over a month away from the start of the 2022 Formula One season. We can only hope that this year’s race for the World Championship is as exciting as what we saw in 2021, although we are still waiting to hear of Lewis Hamilton will even take part. There is perhaps nothing better than heading into the final weekend of the season with the championship on the line. That is where we are at in the Formula E season, with the doubleheader in Seoul serving as the final 2 races of the year. The question here is whether we will see the champion crowned on Saturday or whether we are going to go all the way down to the wire on Sunday. To be honest, this is exactly how fans will have wanted things to play out, and while we have a clear favorite to win the whole thing, there are a lot of things that can happen over the course of two Formula E races. Let’s take a look at the current top 4 to see how things might play out so you can get all set to bet against their Formula E Odds.

At this late stage of the game, the Formula E World Championship is Vandoorne’s to lose, and you have to say that it would take something rather dramatic for him not to walk away as the champion. Right now, he is sitting on 185 points, which has him 36 points up on the next closest driver. He doesn’t need to win on Saturday to clinch the championship, as finishing ahead of the two closest drivers would be enough to get the job done. If he can’t do that, then we are heading into the final race with everything on the line. Given that he has not been worse than 4th over the last 4 races, I would not be willing to bet against him.

Very often, championships are decided in the blink of an eye. Evans may well have lost his chance at winning the championship in the 2nd race in London last time out. Evans had the lead heading into the final lap before getting involved in an incident that took him out of the race, but perhaps more importantly, deprived him of the points that would have made this weekend even more thrilling. He already has a pair of wins this season and probably needs another on Saturday to make this finish even more exciting.

Mortara comes into this weekend sitting 5 points back of Evans for the 2nd place spot, so he is still very much in the championship conversation. That said, he needs a big weekend and the lion’s share of the points if he is to leap from 3rd place in the standings all the way up to the championship winner’s podium. He has picked up 3 wins on the season already, and you have to say that back-to-back races where he was forced to retire earlier in the season hurt his cause. Can he finish big and steal it all?

Mathematically speaking, Vergne is still in with a shot at ending the weekend as the Formula E champion, but I certainly wouldn’t be making that wager. The problem here is that Vergne has not won a single race this season, and he hasn’t really been anywhere close to winning over the last 4 races. I think we are looking at a 3-horse race this weekend, so I am ruling Vergne out completely.