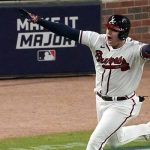 For the entire 2021 Major League Baseball season, the Los Angeles Dodgers were the betting favorites to win the 2021 World Series. Maybe they still will win it, but the Dodgers are down 2-0 in the NLCS to the Atlanta Braves as the series shifts to LA on Tuesday for Game 3. Let's take a look at how the teams are performing so you can place your MLB betting. For the fourth time in their storied history but first ever in a wild-card game, the New York Yankees and Boston Red Sox will meet in the MLB postseason. It’s a winner-take-all matchup to advance to the ALDS on Tuesday night from Boston. The Yankees are favored on the MLB odds.

Why Bet on NY Yankees?

New York clinched a wild-card spot with Sunday’s 1-0 win over the Tampa Bay Rays. Aaron Judge delivered an RBI single in bottom of the ninth off Rays relief ace Andrew Kittredge. Yanks closer Chapman allowed a walk and struck out two in a scoreless inning to earn the win. Chapman ended the regular season having allowed six runs in his last 26.2 innings since the All-Star break. He has a 3.36 ERA, 1.31 WHIP and 97:38 K:BB across 56.1 innings overall while serving as the Yankees’ closer.

Third baseman Gio Urshela sustained a bruised thigh in Sunday’s win and was removed from the game in the top of the ninth inning, but he should be considered day-to-day ahead of Tuesday’s contest. The 29-year-old went hitless in three at-bats prior to his removal Sunday.

Infielder and former AL batting champion DJ LeMahieu was placed on the 10-day injured list with a hip injury before Sunday’s game. Yankees manager Aaron Boone told reporters that LeMahieu has also been dealing with a sports hernia, which will require surgery at the conclusion of the season. The Yankees’ most valuable player in each of the past two seasons, LeMahieu posted a .268/.349/.362 slash line (97 OPS+) in 150 games this year, with 24 doubles, 10 homers and 57 RBIs. He might be able to return for the ALCS if the Yankees get that far.

Rougned Odor broke a 0-for-18 slide with his leadoff single to start the Yankees rally in the bottom of the ninth — in the starting lineup due to LeMahieu being out. Gleyber Torres served as the Yankees’ leadoff hitter this weekend.

Ace Gerrit Cole (16-8) will get the start on the mound. Cole yielded five runs in six innings Wednesday in a no-decision versus the Blue Jays. He finished the regular season with a 3.23 ERA and a 243/41 K/BB ratio in 181 1/3 innings. Cole pitched well through five innings in his last start in Boston, when he held the Red Sox scoreless into the sixth before Rafael Devers took him deep. In 13 career postseason starts, Cole has a 2.68 ERA including two wins for the Yankees in last year’s playoffs.

Since the wild-card game began in 2012, the Yankees are 2-1 in the one-game format, and they also advanced as a wild card last year in a best-of-three series as part of an expanded pandemic playoffs. Cole lost the only wild-card game he has started, 4-0, to the Chicago Cubs in 2015 when he was with the Pittsburgh Pirates.

The Red Sox earned the top wild-card spot with Sunday’s 7-5 comeback win in Washington. Rafael Devers launched a pair of home runs — Devers put the Red Sox on the scoreboard with a solo shot to center field off Joan Adon in the fourth inning. He also had an RBI single in the seventh inning and capped off a four-hit performance with a go-ahead two-run homer off righty Kyle Finnegan in the ninth inning. The 24-year-old third baseman put together a phenomenal 2021 campaign, finishing with a.279/.352/.538 triple-slash line with 101 runs scored, a career-high 38 home runs and 113 RBIs.

Red Sox manager Alex Cora announced after Sunday’s game that All-Star DH J.D. Martinez (ankle) is questionable for Tuesday. Martinez left Sunday’s regular season finale after he sprained his ankle when he tripped over second base while heading out to this position in left field. Martinez is usually a designated hitter but was playing right field in an NL park against the Nationals. Martinez finished the regular season with 28 homers and 99 RBIs, as well as an AL-leading 42 doubles.

It’s Nathan Eovaldi (11-9, 3.75 ERA) on the mound. Eovaldi pitched four-hit ball for six innings and combined with three relievers on a 6-0 shutout of the Orioles on Wednesday. Eovaldi showed a little more zip on his fastball tonight than he had in recent outings and won for the first time since Aug. 11.

Posted: Monday, October 4, 2021 12:05, EDT
For the fourth time in their storied history but first ever in a wild-card game, the New York Yankees and Boston Red Sox will meet in the MLB postseason. It’s a winner-take-all matchup to advance to the ALDS on Tuesday night from Boston. The Yankees are favored on the MLB odds. How to Bet Yankees at Red Sox MLB Odds Read More

Posted: Wednesday, September 29, 2021 4:08, EDT
It’s a terrific pitching matchup in a huge game in the AL wild-card race on Wednesday when Gerrit Cole and the Yankees visit Jose Berrios and the Blue Jays. New York is favored on the MLB odds – the Yanks are pretty much always favored when Cole is on the mound. How to Bet Yankees at Blue Jays MLB Odds Read More

Posted: Friday, September 24, 2021 9:46, EDT
No question that the most important series around the majors this weekend is Yankees at Red Sox as it could be a potential AL wild-card game preview. One of them, though, could miss out. New York is favored on the MLB odds for Friday’s opener at Fenway behind ace Gerrit Cole. How to Bet Yankees at Red Sox MLB Odds Read More

Posted: Wednesday, September 22, 2021 2:11, EDT
The New York Yankees need to keep winning as they chase one of the AL’s two wild-card spots, and they are big home favorites on the MLB odds for Wednesday’s matchup against a bad Texas Rangers squad playing out the string. How to Bet Rangers at Yankees MLB Odds & TV Info When: Wednesday, 7:05 PM ET Where: Yankee Stadium Read More

Posted: Friday, September 10, 2021 4:26, EDT
The New York Subway Series resumes on Friday night with both teams badly needing wins as they chase playoff spots. It’s also a bigger series than normal with it being the 20th anniversary weekend of the 9/11 attacks that changed New York and the USA forever. The Yanks are favored on the MLB odds for Friday’s opener. New York Yankees Read More

Posted: Tuesday, September 7, 2021 10:22, EDT
Important game in the AL Wild-Card race on Tuesday as the Toronto Blue Jays visit the New York Yankees in Game 2 of their series. The Yanks are favored on the MLB odds behind the AL Cy Young favorite in ace Gerrit Cole. How to Bet Blue Jays at Yankees MLB Odds & TV Info When: Tuesday, 7:05 PM ET Read More

Yankees vs Angels MLB | Ohtani Back On Mound For LA

Posted: Tuesday, August 31, 2021 12:15, EDT
AL MVP favorite Shohei Ohtani returns to the mound on Tuesday – although he will still hit, too – as the Angels face the New York Yankees in Game 2 of their series. Even as good as Ohtani has been, the Angels are short underdogs on the MLB odds. How to Bet Yankees at Angels MLB Odds & TV Info Read More

Posted: Thursday, August 26, 2021 3:43, EDT
The New York Yankees are an unstoppable juggernaut right now as they bring an 11-game winning streak into a big series with the suddenly struggling Oakland A’s. It could be a wild-card game preview. The Yanks are short favorites on the MLB odds. How to Bet Yankees at A’s MLB Odds & TV Info When: Thursday, 9:40 PM ET Where: Read More

Posted: Monday, August 23, 2021 12:13, EDT
It’s a potential World Series preview on Monday when the New York Yankees visit the Atlanta Braves in interleague action – no two teams are playing better right now with both on nine-game winning streaks.  The Yanks will lose the DH in the National League park. How to Bet Yankees at Braves MLB Odds & TV Info When: Monday-Tuesday, both Read More