NBA News and Rumors
As the New Year approaches, people will be starting to think about ways to celebrate the arrival of 2016. One team that is not in a celebratory mood is the LA Lakers, as they continue to perform at a level that is far below what we have come to expect from their NBA betting odds. The Lakers will head into TD Garden to face the Boston Celtics on Wednesday, December 30. Tip-off for this one is set for 7:30 PM on NBATV.

Sunday night’s game featured a clash at the small forward position. Which team had the advantage at the three? Read: https://t.co/EtogEX79ek 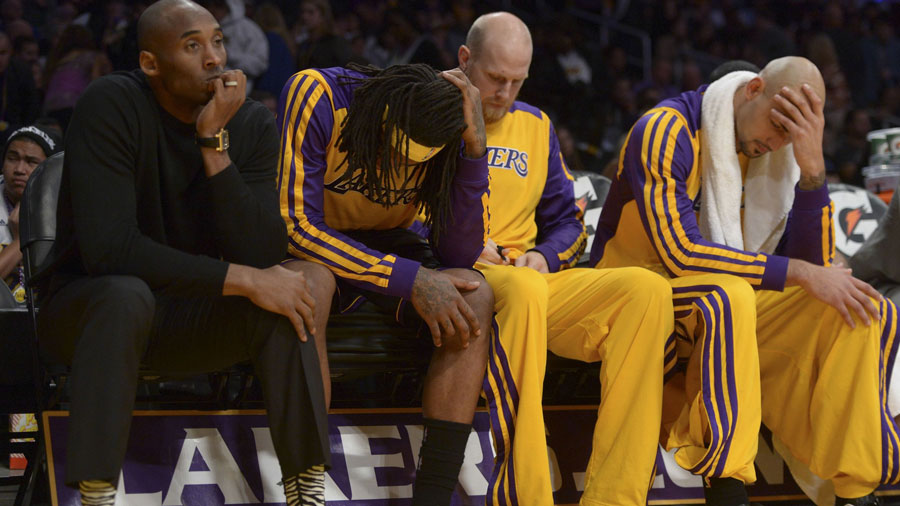 With just 2 wins in their last 12 games, the Lakers (5-27) are not likely to pose much of a threat to the Celtics straight up. LA has managed only 3 wins on the road all season long, and they have not exactly been very competitive in very many of their games thus far. Their last 8 losses have all been by a double digit margin, so it’s going to be very interesting to see what the point spread is for this one. All told, the Lakers are just 12-20-0 ATS this season, but it should be noted that 8 of the games that they covered came on the road. They are 11-10-0 O/U on the road this season, making that bet a bit of a coin flip. LA is averaging 96.3 PPG, and are giving up 107.3 PPG.

Why bet on the Boston Celtics

The Celtics (18-13) appear to have come out of a bit of a rough patch, and are now on a solid 4-game winning streak that has taken them to within a half game of the Toronto Raptors atop the Atlantic Division. The key to this winning run has been their play on the defensive end of the court, as they have kept their opponents under 100 points in all 4 of those games. Going back, they are 9-1 SU in the last 10 games where their opponents have been held under the century mark. Boston have been a solid bet against the spread this season, going 18-12-1 so far. The Celtics are averaging 103.1 PPG, and are giving up 98.7 PPG.

Realistically, the only thing that we really have to be looking at here is the margin of victory for the Celtics. It would have to be a pretty awful performance for them to lose this one. LA Lakers 92 Boston Celtics 108
Older post
Newer post