NBA News and Rumors
There are a number of factors that go into a team repeating as champion, and pretty much all of them have to fall perfectly into place for it to happen. Being without your coach, and having one of your best players underachieve would suggest a team with issues, but the Golden State Warriors have been perfect to start the season. They will try to continue winning when they welcome the Toronto Raptors to Oakland on Tuesday.

Date: November 17, 2015Time: 10:30PM ETVenue: Oracle Arena, Oakland, CAWhere to WatchThere is no word as of yet to let us know when coach Steve Kerr will be back behind the bench after back surgery. It appears as though his presence hasn’t been greatly missed, though, as the Dubs are a perfect 11-0 to start the season. What has been missed, at least to a certain extent, is the play that made Klay Thompson such an offensive threat last season. He will be the first to admit that he is underachieving so far, but that then begs the question as to how good the Warriors can actually be if he returns to form. There are no such issues with Steph Curry, who continues to light it up night after night. The Warriors are of course not going to go through the season unbeaten, but they have had very few scares as of yet. The closest thing to a scare may have been the game against Brooklyn a couple of nights back, when Golden State needed OT to knock off the Nets. A similar type of performance could open the door for the Raptors.

DeRozan jumps the lane and gets his 4th steal, then leads the fast break and sets up Cory Joe for the three. All square at 35. #RTZ

The Toronto Raptors (7-4) came out of the gate with a vengeance, reeling off 5 straight wins to start the season. Victories have been a little tougher to come by of late, though, as they needed a visit to Philadelphia to bring a 3-game losing skid to a halt. They followed that up with another win at home to New Orleans, but dropped another one on the road in Sacramento over the weekend. Things don’t get any easier for Toronto this week, as they will have 4 more games on the road before heading back north of the border on Sunday night. Toronto has put together a 4-3 record away from home so far this season, but they are going to have their work cut out for them if they hope to get back home with an away record that still sits over the .500 mark. 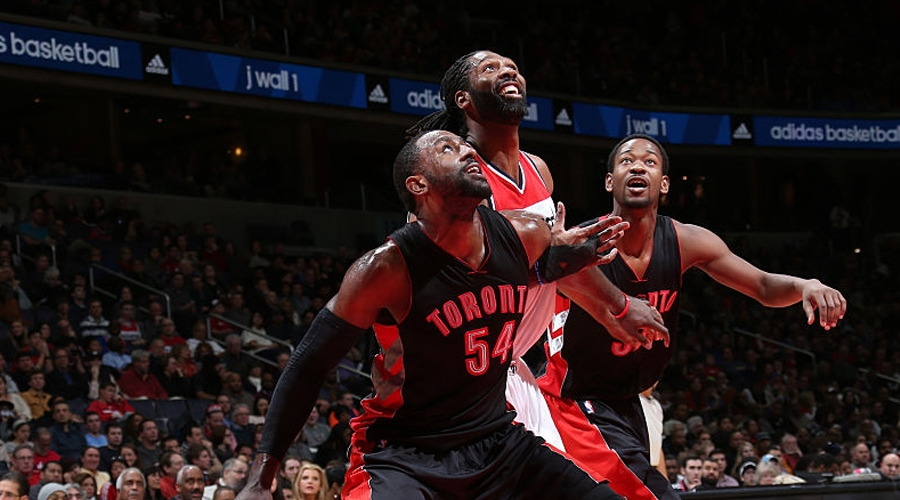 It was the Warriors who won both meetings with Toronto last season in pretty comfortable fashion. Not sure that they will win as handily this time around, but I do still expect them to pick up the W. The last 6 times these two have played in Golden State, it was the OVER that prevailed each time.
Older post
Newer post