NBA News and Rumors
The goal of every team is to be in the playoffs by the time the regular NBA betting season comes to a close, and at the moment, the New Orleans Pelicans and Phoenix Suns are on the outside looking in. These two teams will meet on Friday, December 18 at the Talking Stick Resort Arena in Phoenix, AZ. Tip-off is set for 10:30 PM EST on ESPN. View full TV schedule here.

The Suns have lost their last two games on the road, but returning home might help them win straight up. The Pelicans are a desperate team right now, and will be looking to win and cover the spread. How each team decides to approach this crucial game will go a long towards determining if the total goes OVER or UNDER.

I’m not going to lie, finding reasons to bet on the Pelicans (7-18), straight up at least, is tough, especially on the road where they are just 2-12 this season. They are just 3-7 in their last 10 games, and have been giving up and average of 107.7 PPG versus a scoring average of 101.8 PPG. It is against the spread where we might be able to find some value, as the Pelicans are 6-2 ATS in their last 8 games versus a team with a winning record at home. They are also 7-3 ATS in their last 10 games immediately following a game where they scored 100 points or more. Not very convincing trends here, but it certainly gives you a little reason for pause. 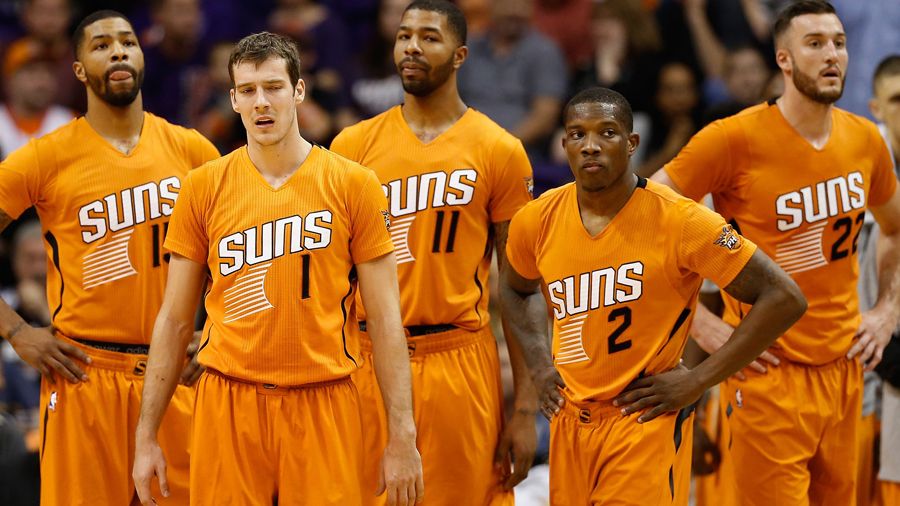 The Phoenix Suns may be just 3-7 SU in their last 10 games, but it is worth noting that this is a team that has a winning record of 7-6 on home court. Their last game, a 128-103 loss to the Golden State Warriors might actually give a little hint as to what to expect in this one, as the Suns have gone 21-6 ATS in the previous 27 games they played after surrendering 125 points or more in their previous game. When they have lost by 10 points or more, they have followed that up by going 22-7-2 ATS in the last 31 games. The Suns are averaging 104.8 PPG, which is very good, but are giving up 105.9 PPG, which may help explain why they don’t have a better record.

The Pelicans have actually won 3 straight games versus the Suns, but I think that run comes to an end on Friday. New Orleans are just awful on the road this year, and while they will keep things close in this one, the end result will not be in their favor.New Orleans Pelicans 103 Phoenix Suns 108
Older post
Newer post