NBA News and Rumors
Can’t get enough online basketball betting action? Well tonight is your lucky night, as we have four mouth-watering NBA odds matchups that will definitely whet your online sports betting appetite. Here is a look at the match ups readied for your serving, including free NBA lines picks to guide your betting tickets for the day.

“We’ve got to play our game better than they play their game. That’s pretty much it.” MORE: https://t.co/gbwV5D90mM pic.twitter.com/0cspciGtyB

Both the Mavericks (7-4) and the Celtics (6-4) and have performed quite decently this season, despite having a couple of issues in their respective offensive units. Essentially, that’s the reason we expect their clash this Wednesday to be a tame scoring affair. That said, Dirk Nowitzki (team-best 18 PPG) and Deron Williams (team-best 5.3 APG) should continue to combine strongly in the attack for the streaking Mavs, who’ve won their last four games in a row. It, however, remains to be seen if they’ll be able to stop the Celtics, who are enjoying a streak of their own, having won their last three games in a row (against the Hawks at home and both the Thunder and Rockets on the road).Writer’s Prediction: Boston gives a spirited home effort, but the Mavs manage to eke out a narrow upset win in an averagely-scoring affair that keeps the total UNDER.

NBA Lines: Hawks (-3.5), OVER/UNDER 208.5The Kings (4-7) are still sitting below the .500 mark, but they should be a good matchup for the Hawks (8-5), given that they have won their last three games in a row and come into this game with solid momentum. This should especially be possible if DeMarcus Cousins can get his shooting rhythm early in the game. Expect a fierce big-man contest between centers Al Hoford and Cousins, as well as a sharpshooting showdown between Kyle Korver and Rudy Gay. If you are a fantasy bettor, the player to watch, however, will be Atlanta’s point guard Dennis Schroder, who is likely to start since Jeff Teague and Kent Bazemore are both expected to sit out of this game. Schroder averaged 11.0 points, 6.7 assists, 3.3 rebounds last week, and in his three starts this season, he has solidly averaged15.0 points, 5.0 assists, 4.7 rebounds, 1.3 threes, 3.0 free throws and 1.0 steal per game. Against the Kings, who’ve struggled to contain small sharp-shooting point guards, he could easily be the game-changer tonight.Writer’s Prediction: Cousins and Co. give a spirited effort, but the Hawks get into their shooting character, blowing their way past Sacramento to deliver a solid win plus cover, with the total going OVER.

NBA Lines: OKC (-11.5), OVER/UNDER 211The Pelicans are off to a terrible start to the season with just one win through their first 11 games, and are looking wildly indifferent to the team that beat OKC to the playoffs on a head-to-head record. Today’s meeting against the Thunder, who failed to reach the playoffs because of a game-winning buzzer-beater from Pellies star Anthony Davis last year, will thus offer OKC a big chance to get a revenge of some sorts. And from the look of things, OKC will be taking maximum advantage of their distraught injury-ridden opponents.For starters, Davis hurt his shoulder in New Orleans’ loss to Denver on Monday Night, so although a Pelicans spokesman said Davis joined the team’s flight for Oklahoma City; he is most likely to be limited from having full efficiency if he does feature on the field. If he isn’t available, his team’s winning chances will obviously be much more diminished than they already are right now with him. Meanwhile, the Pellies have struggled to find consistency at the defensive end where they are allowing an average of 109.9 points per game, ranked dead last in the NBA department. 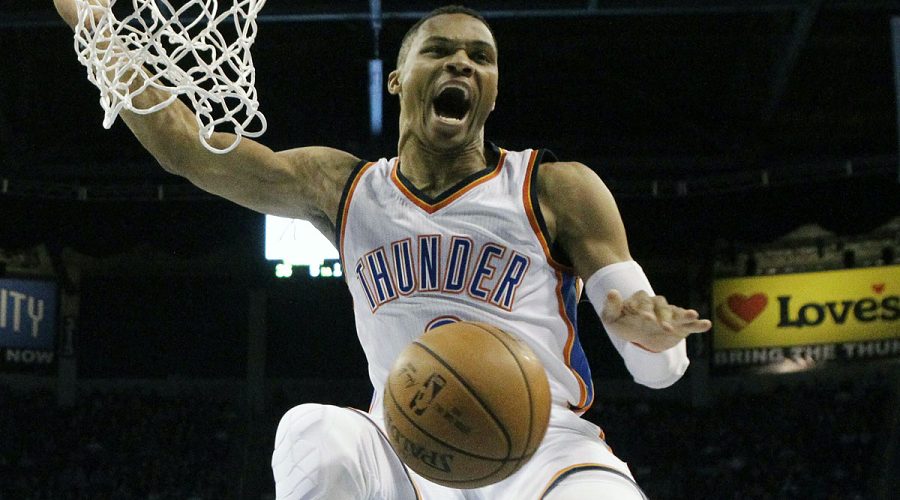 Against an Oklahoma City team that ranks second behind only the Warriors in scoring with an average of 110.8 points per game, this game looks like a big mismatch that will put the young Pelicans D under all kinds of pressure from OKC. And as if that is not enough bad news, OKC’s star Russell Westbrook has been on fire lately, averaging 27.5 points, 10.3 assists, 9.0 rebounds and 2.5 steals per game over the last week of NBA betting action. In his last game, Agent Zero dropped 40 points (including five three-pointers), 14 assists, 4 rebounds and three steals against Memphis, spelling the nature of doom that is awaiting the Pelicans who gave up a whopping 115 points at home to Denver last night.Writer’s Prediction: Westbrook explodes for another near triple-double performance, leading the Thunder to a big a solid double-digit win and cover of the spread. Total-wise, OKC will make minced meat out of New Orleans’ tissue-soft defense, scoring more than 115-plus points, with New Orleans also scoring 95-plus points to help take the total up for an OVER.

NBA Lines: Suns (-2.5), OVER/UNDER 202The Phoenix Suns (6-4) are streaking on three wins, including a 14-point home win over the red-hot Los Angeles Clippers a couple of days ago, something that has seen them move up five spots to No. 18 in ESPN’s NBA Power Rankings entering this week. You can therefore be sure that they will want to prove their doubters wrong by giving a strong game against the Chicago Bulls, who will be visiting them tonight. Even so, beating the Bulls won’t be easy, given the manner in which Chicago (streaking on three wins) has been impressively taking care of the ball on both ends of the court this season. Still, if Chicago cannot find a way to contain point guard Eric Bledsoe, Suns’ leader in scoring (23 PPG) and assists (5.9 APG), a loss could be in the offing for the visitors.Writer’s Prediction: Chicago throws everything at the Suns, but Phoenix stands its ground with a close win and cover of the spread, with the total sneaking up for an OVER.
Older post
Newer post