NBA News and Rumors
Part of the fun of watching sports is trying to decide when the good run of form for a team is going to come to an end. When you have a long season like they have in the NBA, streaks become inevitable. The Golden State Warriors have opened this season with a perfect 20-0 start, but there are some who believe that it might come to an end on Saturday when they head into Toronto to face the Raptors.

Solid week for the Dubs: Luke Walton named Coach of the Month. @StephenCurry30 named Player of the month. 20-0. pic.twitter.com/C0njgMKRbV

Other than one or two games this year, the Golden State Warriors (20-0) haven’t really been given much of a test. I say that, but they are so good that it becomes really hard to tell of they are breaking a sweat in order to get the win or not. It seems almost astonishing that a team would have a 9.5 game lead in their division after just 20 games played in the season, yet that is exactly where the Warriors are right now. They also have a 4 game lead in the Western Conference, with the San Antonio Spurs looking like the only team able to keep up at the moment. The Warriors are tops in points per game average, and while their defense is down in the middle of the pack, their average points differential is a staggering 15.4. The deeper you dig into the numbers that this team is putting up, the more they begin to look totally invincible. They are going to lose at some point this season, but are the Raptors good enough to be the first team to do it? 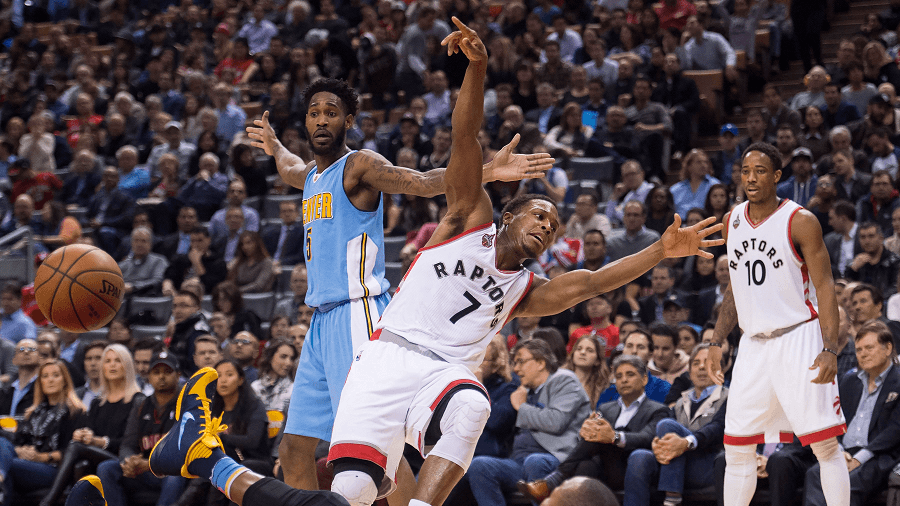 The Raptors (12-8) are at the top of the Atlantic Division, and are just 2 games out of first in the Eastern Conference, but there are many NBA fans who are not entirely sold on this team just yet. They have had some big time wins this season, most notably against Cleveland and Atlanta, but then go out and lay an egg in games they should win, like their 106-105 loss to the Denver Nuggets in their last game. The Nuggets were coming into that one on an 8-game losing skid and were about as fragile as a fine china vase. This is a team that certainly has all the parts to be very good, but is seems to be getting them all working at the same tie that seems to be the issue in Toronto right now. It would not be a surprise to see them hand the Warriors their first loss of the season, just as it wouldn’t be surprising to see them get totally blown out.

While I’d love to be able to predict the Warriors first loss of the season, I do not have enough confidence in the Raptors to make that call on this one. Golden State have beaten them 3 straight times, including a 115-110 win earlier this season. I expect a similar score this time around.
Older post
Newer post