NBA News and Rumors
If you ever doubt that the city of Philadelphia loves its sports teams, you should know that the Philadelphia 76ers rank #28 in the league in attendance so far in the 2015-16 NBA betting campaign. Even though the Sixers have opened the year 0-18, there are two teams who are drawing fewer people.

.@brianseltzer breaks down last night’s victory and the Moses and Kobe tributes. https://t.co/bNqwrVCvAC

This means that Philadelphia has people who pay for tickets to see a team that is tanking desperately and has been for three years now. When general manager Sam Hinkie came to town in 2013, his idea was to shred the roster. The 2012-13 team won 34 games; the 2013-14 team went 19-63; the 2014-15 team went 18-64. This year the team started 0-18 to tie an NBA record and could break that record against the Lakers this week (who have won all of two games).It’s not just the team’s play that has shown a definite desire to keep losing. On draft day in 2013, Hinkie made a trade for forward Nerlens Noel, who was known to have a knee injury that would keep him out that entire season. The trade cost the Sixers Jrue Holiday, a quality guard, but they also got a 2014 first-round pick. So Hinkie had shipped his point guard for two things he could use later. In the 2013 draft, the Sixers also picked Michael Carter-Williams who actually turned out to be good.The 2014 draft was even more bizarre. Hinkie used his first draft choice to take Joel Embiid, a talented center with a hurt foot. His second draft choice went on Elfrid Payton, whom Hinkie then shipped out of town for Dario Saric’s rights. Saric won’t be in the NBA until the 2016-17 season, if then. Hinkie also shipped Carter-Williams (the 2014 rookie of the year, of all things) for a draft choice. Embiid is still on the shelf, and Saric is still on a Turkish team’s roster. Nerlens Noel is now healthy, and the Sixers chose Jahlil Okafor with the #3 pick this year. However, Okafor got in trouble for speeding on the Ben Franklin Bridge, so Hinkie might suspend him so Okafor can’t help the team. 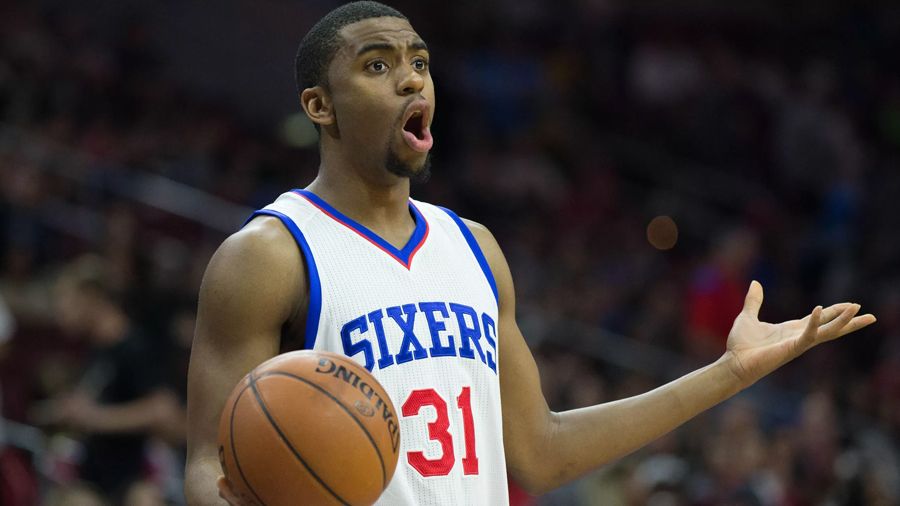 This means that the Sixers only have one player older than 24, the 25-year-old Robert Covington. The two players that the team is paying the most, JaVale McGee and Gerald Wallace, have been signed and waived – this way the Sixers meet the minimum salary but don’t have quality players that might win. It seems certain, though, that the Sixers will have another terrific draft choice next year.So what will they do? Next year they could have Okafor, Embiid, Noel and Saric playing on the floor, plus two more lottery picks, if the pick they got from the Lakers falls right. So they could be good soon – or it could be several more years. For the time being, though, please bet on the opposition. Every night.
Older post
Newer post