NBA News and Rumors
The Western Conference race is being dominated by the Golden State Warriors and the San Antonio Spurs right now, but the Oklahoma City Thunder are tucked in quite nicely behind them. They will try to keep pace with the leaders when they welcome the Phoenix Suns to the Chesapeake Energy Arena on Thursday, December 31. Tip-off for this one is set for 8 PM EST on FSAZ and FSOK. Click here for NBA betting lines. 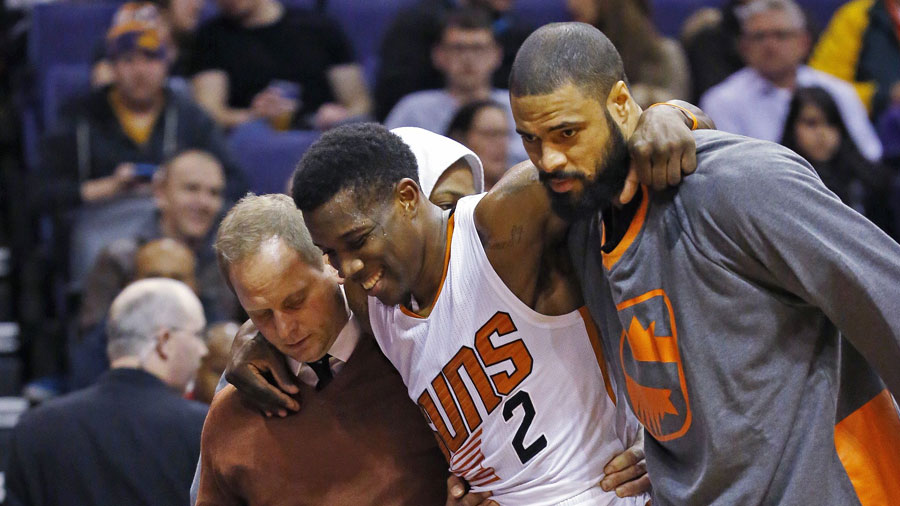 This was a season that started out pretty well for the Suns (12-21), but which has since turned into a total disaster. They have just lost Eric Bledsoe for the year, and the rumors are that coach Jeff Hornacek has lost the locker room and will be out sooner rather than later. The Suns are just 2-8 in their last 10 games, and with the Spurs on Wednesday and the Thunder on Thursday, things are set to become even more miserable for them. They are on a 5-game losing skid right now, and I would not bet against that going to in just 2 days. Phoenix is 14-19-0 ATS and 16-16-1 O/U this season. As of Tuesday night they are averaging 103.5 PPG, and are giving up 105.2 PPG.

The Thunder (22-10) find themselves on a little bit of an island in 3rd place in the Western Conference right now, as they are 3.5 games back of San Antonio in 2nd, and 3 up on the Clippers in 4th. It’s a comfortable spot to be in, but one that could lead to them getting a little too relaxed. They haven’t really shown any indication of that happening, though, as they have cruised to an 8-2 record in their last 10 games. They are a tough team to beat at home, and have put together a 15-4 record there so far this season. The Thunder are 13-19-0 ATS and 10-21-1 O/U so far this season. As of Tuesday night, they are averaging 108.6 PPG, and are giving up 100.4 PPG.

The Thunder just don’t do a lot of losing at home, and are 9-1 in their last 10 games on home court. The Suns are simply not good enough to break that winning trend, so this should be a pretty comfortable win for OKC. Phoenix Suns 99 Oklahoma City Thunder 108
Older post
Newer post