NBA News and Rumors
This basketball lines match up with the Utah Jazz and the Houston Rockets sends us down to Houston for a game at the Toyota Center. Both teams have been spiraling out of control. For the Jazz, a great start has turned sour, and their record is now negative. Things seemed to be looking up for the Rockets only a few days ago, when their record finally turned positive at 16-15, but now they’ve dropped back far below .500, and can’t seem to catch a break. As James Harden said, the team is “more than capable”, but they can’t seem to right the storm. Things aren’t going to get much better as they face the Jazz, a defensive powerhouse who matches up with the Rockets in all the right ways. This game will be broadcast on ROOT at 8:00 EST.

With this game you have to take into factor the relative pace of both teams. The Jazz prefer to play slow, methodical basketball. The Rockets love to run and gun. The pace of the game will likely dictate the winner. There are also some key matchups to watch out for in this game. Rodney Hood vs James Harden, and Jeff Withey vs Dwight Howard are both going to be amazing matchups to check out. Be sure to check back here on Mybookie.ag often for updated odds on this game.

Why Bet on the Utah Jazz?

The Jazz have had an up-and-down season, nobody can deny that. Despite their recent injuries, and the news that Rudy Gobert likely won’t be back very soon, the Jazz have kept up their amazing defensive prowess. They still rank as a top five defensive team in the NBA, and stand a good chance at slowing down the Rockets. Look at what happened to the Rockets on Sunday when they faced a strong defensive team in the Spurs – they got blown out. Now the Jazz are no Spurs, but if they can contain the few stars on the Rockets, they’ll stand a good chance at winning the game. Gordon Hayward, Trey Burke, and Rodney Hood are nothing to sleep on in today’s NBA as well. 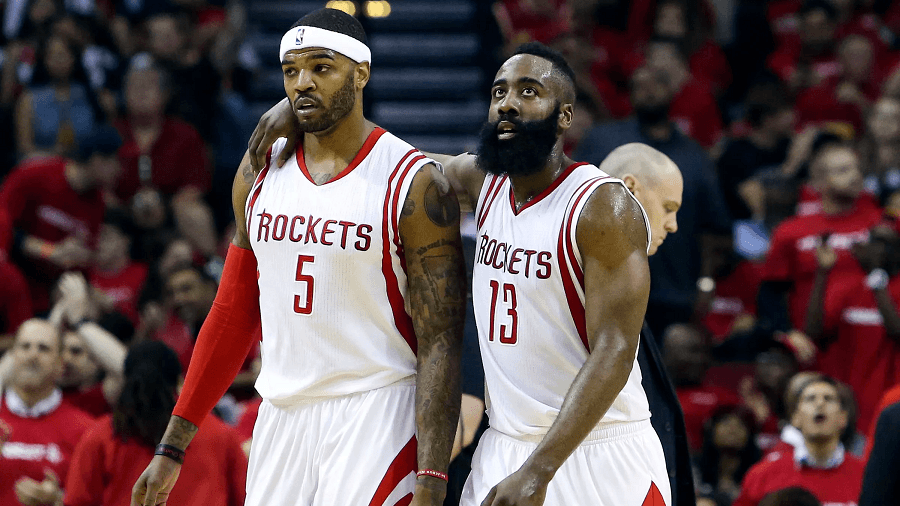 Why Bet on the Houston Rockets?

The Jazz are depleted and may even be without Derrick Favors again in this one. This means they’re missing their top scoring option and their top defensive option if Favors can’t play. The Rockets have a lot of fight in them and do not want to lose this game. Expect them to come out firing and if the Jazz can’t contain their high-powered offense the Rockets are going to stomp the Jazz. As good as Rodney Hood’s defense has been this year, I doubt he can contain James Harden. Harden will take over in this game and won’t let the Rockets lose any longer.

I expect the Rockets to take this one in a fairly close game. They’re simply a better team, even with the surprisingly good young squad the Jazz has put together this year. I expect this game to be close until the last few minutes of the game, where the Rockets will break away and win. Nobody can stop Howard and Harden in this one. If Gobert was there to clog up the middle this would be a different story.Final Score Projection: Utah 94 Houston 101
Older post
Newer post