NCAA Basketball Betting News
Is it just us, or does the top of the Big 12 conference look poised for a major shakeup in this year’s NCAAB odds? I mean, the Jayhawks still look like Big 12’s best team, but the likes of Iowa State, West Virginia and the two Oklahoma teams are just as solid as Kansas, offering major doubts as to whether the Jayhawks will maintain stay perched atop the college football odds to finish as the best Big 12 team.Maybe all such talks are too circumstantial or immature as of now, but the bottom line remains that the 2015-16 Big 12 title race will be very compelling. With that said, here’s our Big 12 Conference Preview for the season.

The Cyclones have constantly been among the best teams in the recent Big 12 NCAAF lines and, if all works well for them, they could be due for the Big 12 crown this season. Entering this week’s games, the Jayhawks were ranked 7th in the nation in both the AP Top 25 and USA Coaches Poll, something that could improve following their second win of the season and Kansas’ loss to Michigan State. Even more notably, the Cyclones own one of the most free-flowing offensive units in the country that should allow them to overwhelm most–if not all—of their opponents in the conference this season.

I always had my preseason doubts about the Jayhawks and their depth this season, so their loss to Michigan State on Monday, thanks to a triple-double performance from MSU’s Denzel Valentine, proved to be an affirmation of my notions about them. Make no mistake, Kansas is still the most top-to-bottom talented team in the Big 12, and the team will do everything under the trusted leadership of Bill Self to extend their historic dominance in the Big 12 with another conference title. The presence of veteran leaders and Player of the Year candidate Perry Ellis at power forward will ensure of such. However, with Check Diallo’s status still up in the air and Carlton Bragg not looking the part to fill in formidably, KU could easily find itself having to settle for the runner-up spot rather than the top position in the conference. 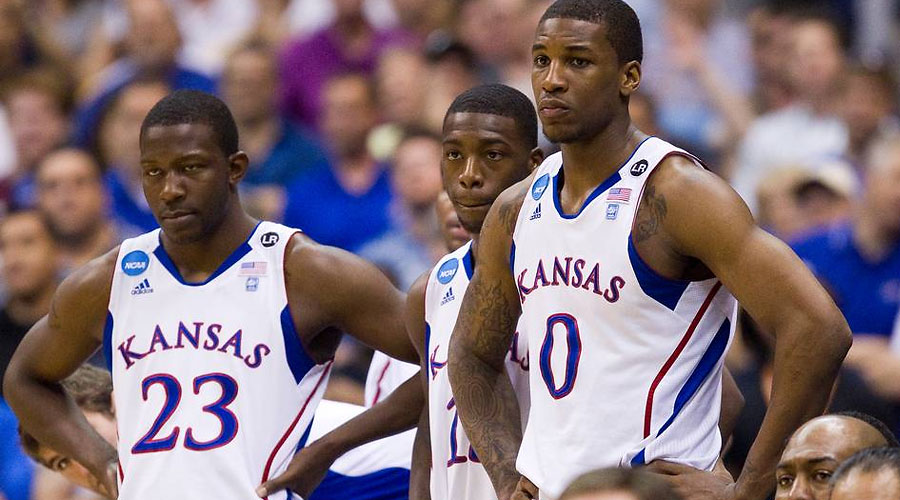 Yes, the Sooners have some concerns about interior strength and overall depth in squad. But with Buddy Hield and Isaiah Cousins looking as good as ever, Oklahoma (2-0 so far) should be in a strong running for the top spot in the conference, giving Kansas and Iowa State a hellish time in the Big 12 title race.

I have a feeling that both West Virginia and Kansas State will improve greatly and give a strong showing in the Big 12, so either of their coaches will take this crown. I am yet to settle on one person, so feel free to choose between Huggins and Weber for the coach of the year honors.

Is there anyone else really worth the salt of knocking off the Hield, the returning POY, from making it two years in a row? I don’t think so, and so does hundreds of NCAA basketball betting pundits in college basketball.

The Longhorns were picked fourth in the preseason media poll, and going by the way they are playing, I couldn’t agree more with the pick. Even so, Tevin Mack is a talented player and playing alongside Texas star Isaiah Taylor should help bring out the best in his skills, allowing him to shine and beat the rest to the ROY award as a consolation prize for Coach Shaka Smart and his team.
Older post
Newer post