NCAA Football Betting News
The San Jose State Spartans won five games this season and shouldn’t be playing in any bowl game, but that won’t matter when they take the field opposite the Georgia State Panthers in the first-ever AutoNation Cure Bowl on Saturday, Dec. 19. San Jose State fell one win short of becoming bowl eligibility but were handed a bowl game berth based on its NCAA Academic Progress Report after not enough teams reached the six-win bowl eligibility mark. Still, the Spartans are favored to take down their lesser named counterparts, although the Panthers will be going all-out to win their first bowl game in their program’s six-year history.

The Spartans are one of a handful of 5-7 teams get to go to a bowl bid this year and now they plan to make the most of it. Unfortunately, the Spartans have lost three of their last four games and enters this contest coming off disappointing 40-23 loss against Boise State while never coming close to covering the spread as an 8-point home dog. San Jose State has failed to win consecutive games this season and has been held to 23 points or less in four of their last five games. The Spartans’ offense revolves around running back Tyler Ervin. The senior had a fine season in rushing for an average of 122.4 yards per game and 13 touchdowns this season, but Ervin has been held to 80 yards or less in three of his past four games. Quarterback Kenny Potter has completed 68.5 percent of his passes this season with 14 TD passes and just six interceptions. The strong-armed signal-caller has tossed three TD passes in each of his last three starts. The Spartans average 28.0 points per game but give up an average of 28.2 points per contest defensively. San Jose State has forced just 11 turnovers all season and sits at -5 in the turnover differential department. Betting on the Georgia State Panthers (6-6 SU, 8-3-1 ATS) The Panthers have won four straight games to become bowl-eligible and come into this contest off a commanding 34-7 beatdown over Georgia Southern as a 20.5-point road favorite to move to a perfect 4-0 ATS over the span. The Panthers are looking to get the big win and put their program on the map after going 1-23 over the previous two seasons. Quarterback Nick Arbuckle has led the Georgia State offense by completing an impressive 64.1 percent of his passes with 26 touchdowns and 11 interceptions while averaging a stellar 346.7 passing yards per game. The Panthers average 27.8 points per game while allowing 28.4 points per contest defensively. Georgia State has forced an impressive 21 turnovers this season but has given the ball away 22 times to sit at -1 in the turnover margin department. 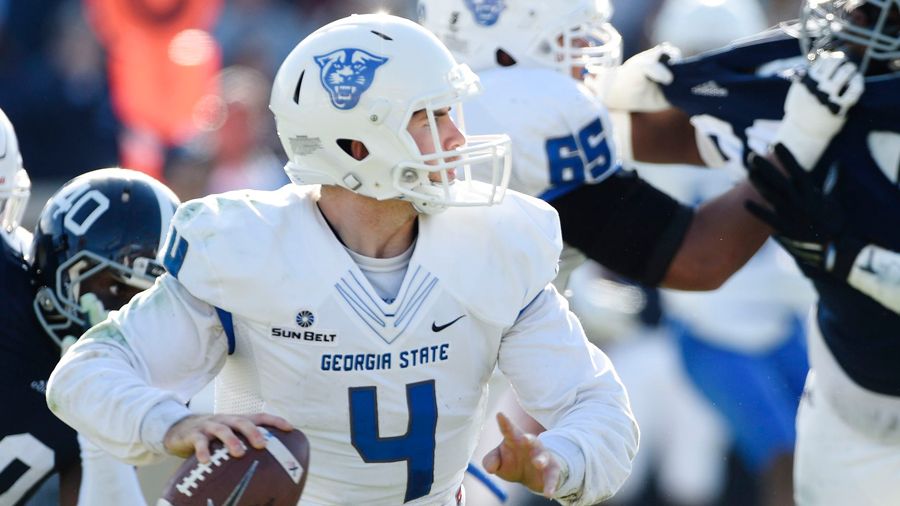