NFL News and Rumors
The Buffalo Bills and Washington Redskins will both be looking to pick up a huge win and give their respective playoff hopes a big-time boost when they square off in their suddenly-intriguing Week 15 NFL betting matchup on Sunday live from FedEx Field in the nation’s capitol at 1:00 PM ET. Now, let’s find out which team will take a step toward a possible playoff berth!

When: 1:00 PM ET, Sunday, December 20, 2015 Where: FedEx Field, Landover, Maryland NFL Odds: Buffalo -1 Over/Under: 44The NFL Week 15 odds for this Inter-conference contest are exactly the same as when they opened. The Bills are 1-point favorites despite being on the road while the O/U Total sits at 44. Both teams are -110 against the NFL Moneyline. Two Desperate Teams Square Off!

Why Bet The Washington Redskins Odds at +1

Because the Skins play very well at home! The Redskins are a classic ‘Dr. Jekyll and Mr. Hyde’ kind of team NFL betting enthusiasts! Despite winning just one road game this season, Washington (6-7 SU, 6-7 ATS) has gone 5-2 SU and 4-3 ATS at home this season. The Skins picked up an impressive 24-21 win over Chicago last Sunday to cash in as a 4-point road dog to improve to 2-1 SU and ATS over their last three games and make their first real playoff run since 2012.Quarterback Kirk Cousins is one of just four quarterbacks to throw at least one touchdown pass in every game this season.“It is week-to-week and game-to-game,” Cousins said. “I have had games where people want to run me out of town, the next week we win and I’m the best thing since sliced bread.”The Redskins average 21.6 points per game and allow 23.6 per contest defensively. 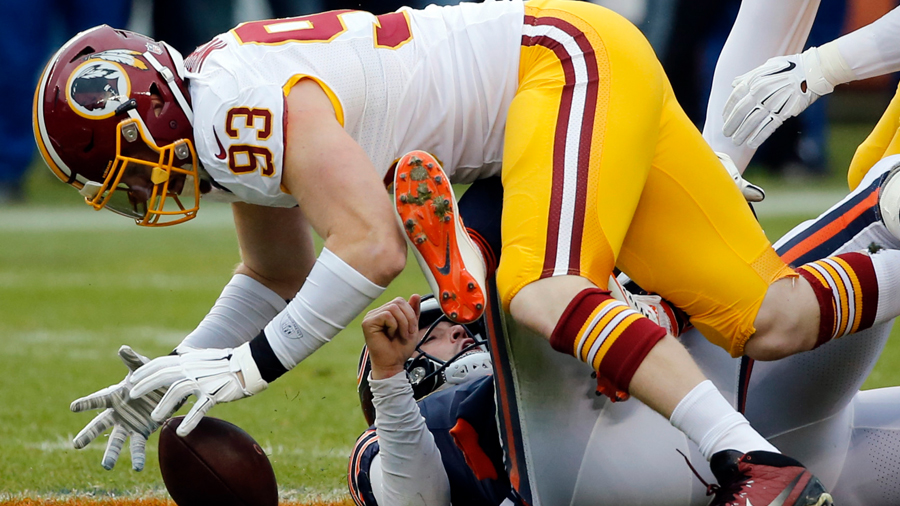 Why Bet The Buffalo Bills Odds at -1

Because they’re completely desperate and have more talent! Buffalo (6-7 SU, 6-6-1 ATS) has lost three of its last four games including its discouraging 23-20 loss against Philly as a 1-point road dog last weekend. Now, the Bills are completely desperate as they sit in third place in the AFC East, five games behind division-leading New England and two games behind the revitalized New York Jets.The Bills showed no discipline against the Birds as they were called for a whopping nine pre-snap penalties that included four offsides by the defense and five false starts or illegal motions on the offense.“I think it’s more so how we lost, in an undisciplined way with a lot of penalties,” wide receiver Robert Woods said. “They did not beat us, we beat ourselves.”The Bills have racked up 124 accepted penalties for a league-high 1,086 yards.“It’s a no-brainier when you jump offsides a zillion times; I don’t know how many holding calls, but it looked like a record,” coach Rex Ryan said after his team’s loss to the Eagles.The Bills average 24.3 points per game and allow 23.2 per contest defensively.