NFL News and Rumors
Jameis Winston and the Tampa Bay Buccaneers will look to hand Cam Newton and the Carolina Panthers their second straight loss while finishing one game under .500 when they square off in their NFC South division NFL odds showdown at Bank of America Stadium on Sunday, January 3 at 1:00 PM ET. Now, let’s find out if the Bucs can bring home the bacon!

When: 4:25 PM ET, Sunday, January 3, 2016Where: Bank of America Stadium, Charlotte, North CarolinaThe Line: Carolina Panthers -10.5Over/Under: 46.5TV: FOXThe NFL Week 17 odds for this NFC South clash have the visiting Buccaneers as 10.5-point road underdogs to beat the Panthers while the Game’s O/U Total is sitting at 46.5 points. The Moneyline wager is off the board for both teams.

Why Bet The Tampa Bay Buccaneers Odds at +10.5

The Tampa Bay Buccaneers have lost three straight to see their slim playoff hopes go down the drain, but they’ve still had a positive season and will try to reach seven wins for hard-nosed head coach Lovie Smith. Despite their 26-21 loss to Chicago last weekend, prized rookie signal-caller Jameis Winston has had a solid first season by completing 58 percent of his passes for 3,717 yards with 22 touchdowns and 13 interceptions. Winston has tossed five touchdown passes in his last three games and Tampa Bay has been competitive in losing all three by eight points or less. Winston needs only 283 yards to join Cam Newton and Andrew Luck as the only rookies to pass for 4,000 yards. “We just haven’t been able to finish as much as anything,” coach Lovie Smith said on Monday. “We’ve moved the ball, as you mentioned running, we’ve had some moments in the passing game. Like the interception in the red zone (Sunday), we haven’t been able to finish drives. I think if you looked at the last three games, it would be the story to what has happened to us offensively. The Bucs average 22.1 points per game (19th) while allowing 25.3 points per game defensively (24th). 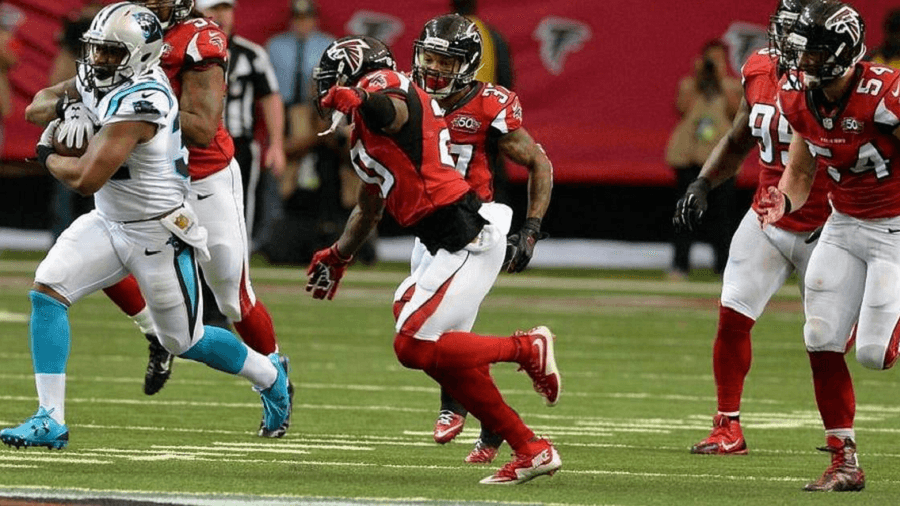 Why Bet The Carolina Panthers Odds at -10.5

Because they can lock up the top seed in the NFC with a victory. The Panthers will have plenty of motivation to win their regular season finale as they can secure home field advantage throughout the entire playoffs. Carolina should also be re energized after suffering their first loss of the season in falling to Atlanta 20-13 last weekend. The Panthers will turn to possible league MVP Cam Newton and that’s a good thing! The gifted dual-threat signal-caller is completing 58.6 percent of his passes for 3,544 yards with 33 touchdowns and just 10 interceptions. Newton has tossed a whopping eight touchdown passes over his last three games. “We have too much riding on this season for us just to sit back and say, ‘Well, this week wasn’t as good as we wanted.’ Bull crap,” Newton said. “For us, we had a great couple days of practice … knowing what we have moving forward we just got to put our energy toward preparing for Tampa.” Veteran tight end Greg Olsen and veteran wide receiver Ted Ginn Jr. have combined for 1,827 receiving yards and 17 touchdowns while veteran running back Jonathan Stewart has rushed for 989 yards and six touchdowns. The Panthers average a stellar 30.8 points per game (second) and rank ninth in points allowed (19.9 ppg). Linebacker has racked up a whopping 109 tackles while Pro Bowl cornerback Josh Norman has 17 pass deflections.