NFL News and Rumors
When you have a game pitting two struggling quarterbacks, there is usually no guarantee in the NFL odds, except that you are bound to witness an ugly game that is full of errors from both ends of the field. That’s exactly what is in store for you when Kirk Cousins and his Washington Redskins team host Sam Bradford and the Philadelphia Eagles this Sunday. It’s a murky clash, we know, and that’s why we try to clean up things by highlighting the key issues to look out for in the bid to determine the winner of the matchup.Venue: FedEx Field, Landover, Md.Date: Sunday, October 4, 2015Time: 1:00 PM ETTV: FOXNFL Odds: Philadelphia (-3) at Washington (+3), OVER/UNDER 44.5

#Eagles and WAS have both ruled out three players each ahead of #PHIvsWAS: http://t.co/DQFU4wgsxe pic.twitter.com/achHPUWvNq

Preliminarily, it is worth noting that if Hurricane Joaquin hits the East Coast this weekend in a big way, the Eagles-Redskins game could be postponed to November 1st. But assuming that the weather is all good as we expect it to be, then Bradford and Cousins will have no option but to go it against each other this Sunday.After throwing for one TD, 560 total yards, four interceptions and a fumble during the 0-2 start for the Eagles, Bradford showed some tidbits of improvement against the Jets in Week 3, going 14 of 28 for 118 yards with a touchdown. The Philly O-line was largely responsible for this improvement, as they offered the QB better protection. The D-line also played a bit better, keeping Ryan Fitzpatrick and his offense contained, helping the Eagles to earn a 24-17 road win. 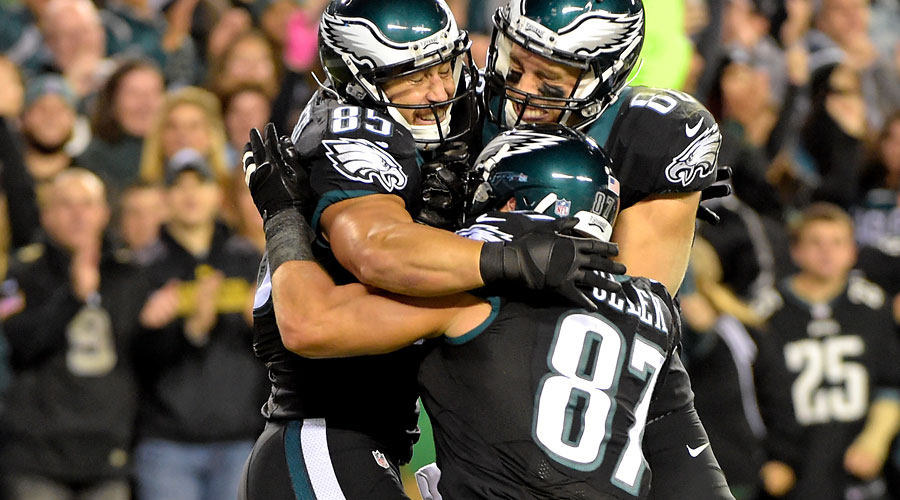 But even with the victory, there are still several issues that need to be sorted on both ends of the field. For starters, outside Jordan Matthews who leads the Eagles with 22 catches and 231 receiving yards, the remaining four receivers in the team have been mega disappointments, combining for just 13 receptions and 122 yards. Rookie Nelson Agholor and veteran Riley Cooper have been the biggest disappointments here.Meanwhile, running backs Darren Sproles, DeMarco Murray and Ryan Mathews have commendably been supportive in the receiving end, but their running department has also struggled to impress, averaging a measly 64.3 yards per contest.In order to give a better performance against the Eagles, Bradford and his offensive weapons will need to build on the momentum from last week’s victory and give their best of showings if they are to permeate Washington’s resurging defense that is allowing a little under 20 PPG.For the Redskins, Cousins has seen a slight increase in his passing yards, going from 196 to 203 to 316 in the games, but his production in the end zone is yet to improve. In essence, that’s the reason he’s only thrown for a TD in each of his three games, along with a combined total of four interceptions through those games. 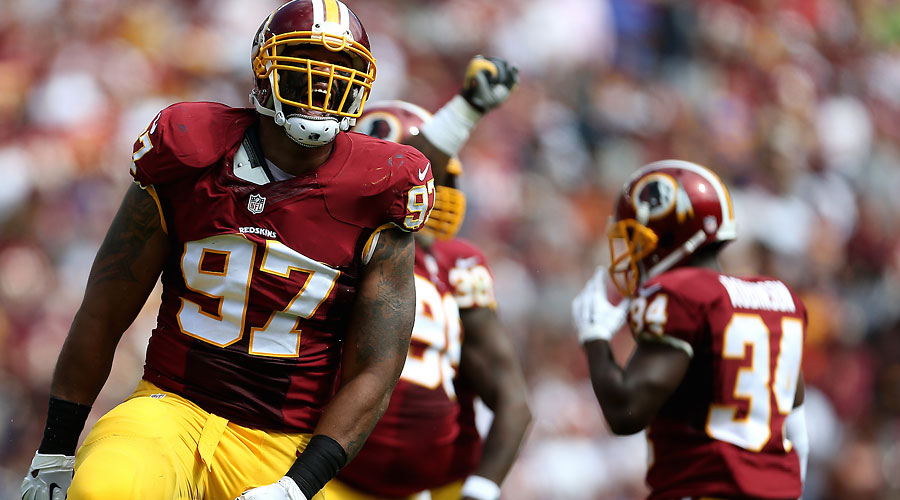 The anticipated return of DeSean Jackson is likely to be a boost for Cousins in the receiving department. It however remains to be seen if Cousins will be able to capitalize on Jackson’s renowned skills in the aerial game. For the season, TE Jordan Reed is the team-leader in the receiving department 241 yards on 19 catches, followed by Pierre Garcon who has totaled 161 yards on 17 receptions. The other four receivers have combined for just 21 catches for 202 yards, explaining the team’s struggles in the offense.Washington’s running department has not struggled as much, averaging a decent 143.7 yards per game on the ground. However, there has been an up-and-down performance from some of the key starters in the team. For example, after starting the season with a promising production of 121 yards on 25 carries against Miami, Washington’s lead running back Alfred Morris has combined for just 78 yards on 24 carries in his last two games.With the Eagles boasting of the best running defense in the league that has allowed a combined total of just 261 rushing yards through the first three games of the season, Morris and his compatriots will need to give their best performances. Plus, more than ever before, Cousins must also have his best passing game, or else the Redskins will struggle mightily in terms of getting points on the scoreboard.

Having broken their 2015 duck last week, expect the Eagles to come into this game playing more comfortably than they’ve done in their three weeks so far. And with that, Philadelphia should claim a relatively comfortable win and cover of the spread over the Redskins, though with the game total staying UNDER in averagely-scoring thriller.
Older post
Newer post