NFL News and Rumors
Let’s take a look at some of the most recent NFL betting rumors making their way around.

New England Patriots wide receiver Julian Edelman had a screw inserted into his broken foot on Monday, and the timetable for his recovery right now is between six and eight weeks. According to Mike Garafolo with Fox Sports, Edelman has a “true Jones fracture,” which is what kept Dez Bryant on the Dallas Cowboys’ sideline for the first half of this season. Dez came back seven weeks after hurting himself, but he was still limited against the Seahawks. He did make a spectacular catch against the Philadelphia Eagles, but he was much less successful this past week against Tampa Bay. The Patriots are already cruising toward a first-round bye, so they don’t need to rush Edelman back like the Cowboys needed to with Bryant. Edelman likes to make lots of cuts and lateral movement, which will also play a big role in his recovery.

Philadelphia Eagles quarterback Sam Bradford was holding his left shoulder like he broke his collarbone after his injury on Sunday, but it turned out that he just had a shoulder sprain and a concussion. According to Fox 29 Philadelphia’s Howard Eskin, Bradford had memory difficulties about the first half of the Eagles’ loss to Miami. Given the fact that Bradford still must clear the NFL’s concussion protocol, it is likely that Mark Sanchez will start this week against Tampa Bay and perhaps also on Thanksgiving against Detroit.

San Francisco 49ers running back Carlos Hyde has not appeared in a game since October 22, as he is letting his foot’s stress fracture improve. However, he is not near full strength and may not return at all this season. David J. Chao, former head physician for the San Diego Chargers, said that it is possible that Hyde could take the field this week against Seattle but also said that stress fractures often take months to heal and frequently require surgery. This injury has kept the Niners’ offense on hold, but now that they are 3-6, there is no reason to rush him back onto the field. Expect to see the team hold him out of the action this weekend. 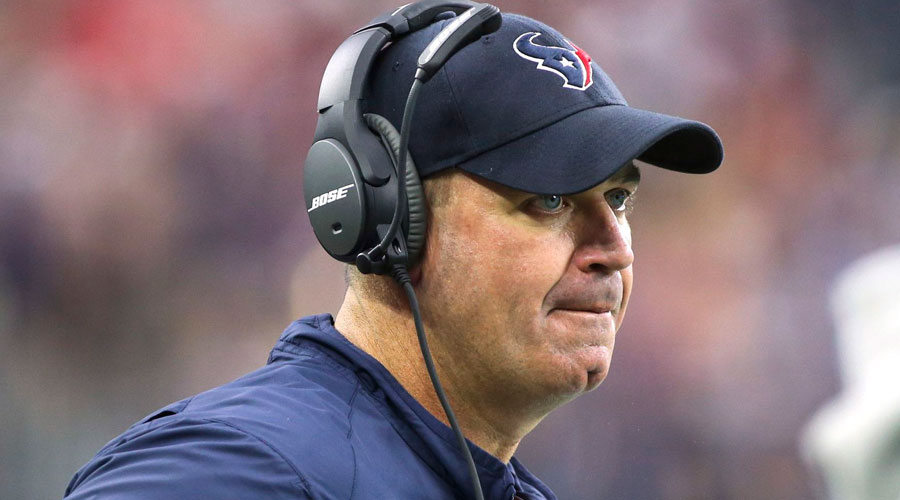 The Houston Texans have made it all the way back into a tie for first in the hideous AFC South, but even so head coach Bill O’Brien appears to be having second thoughts about his tenure there. CBS Sports’ Jason La Canfora has reported that O’Brien, midway through Season 2 in Houston, has an interest in the coaching position at the University of Maryland. General manager Rick Smith may also be on his way out, and given that general managers like to bring in their own people, and given that the Texans have trailed two teams (Atlanta in Week 4 and Miami in Week 7) by more than 40 during games this season, it could be time for a change. Now that the Colts don’t have Andrew Luck for up to six weeks, the division is there for the Texans to take, but they still have a big hill to climb.
Older post
Newer post