NFL News and Rumors
Aaron Rodgers and the Green Bay Packers will look to bring an abrupt halt to Carson Palmer and the Arizona Cardinals’ winning ways when the two Super Bowl hopefuls square off in their intriguing Week 16 showdown on Sunday at 4:25 PM ET, live from University of Phoenix Stadium. Now, let’s find out if the Packers can pull off the upset!

10 things the #Packers need to do to beat the Cardinals on Sunday: https://t.co/0rO2t74vLQ #GBvsAZ pic.twitter.com/KRw8aXb1Ad

Why Bet The Green Bay Packers Odds at +4

Because they’ve got Aaron Rodgers and are playing their best football of the season. Green Bay (10-4 SU, 9-5 ATS) has won three in a row including their 30-20 Week 15 win over Oakland as a 4-point road favorite.The win helped Green Bay clinch its franchise-record seventh consecutive playoff berth as Rodgers completed 22 of 39 passes for 204 yards with one touchdown and one interception. Green Bay forced Oakland’s Derek Carr into two costly interceptions while sacking the Raiders franchise signal-caller three times, including 2.5 from defensive end Julius Peppers.“I think we have a couple of games to continue to iron it out,” Rodgers said. “A couple weeks ago (in a 21-point win over the Dallas Cowboys), we had a great game running the football, and then this last week (in a comeback victory at the Oakland Raiders), we didn’t run the ball as well.”Now, the Packers are focused on taking down the red-hot Cardinals.”Before anything else, we realize this is a very accomplished and complete team – offense, defense and special teams,” linebacker Clay Matthews said about the Cardinals. “Not only does this (game) have big playoff implications, but at the same time, it kind of shows what you’re made of at this point in the season. … Yeah, it’s a big game.”

Why Bet The Arizona Cardinals Odds at -4

Because they’ve been the best team in the NFC all season long, this side of the Carolina Panthers! Arizona (12-2 SU, 8-6 ATS) has won eight straight games and nine of 10, including their 40-17 blowout win over Philadelphia last weekend as 3.5-point road favorites.Veteran quarterback Carson Palmer continued his quest for the league MVP award by throwing for 274 yards and one touchdown. Palmer improved to 25-4 in his last 29 starts while equaling his career high with 32 touchdown passes. “The way he’s playing, I don’t think there’s anybody playing any better,” Cardinals coach Bruce Arians said. “Some guys have rushed for touchdowns and in their offense make a lot of things happen, but I don’t think there’s anybody in the league playing quarterback better than Carson Palmer.” 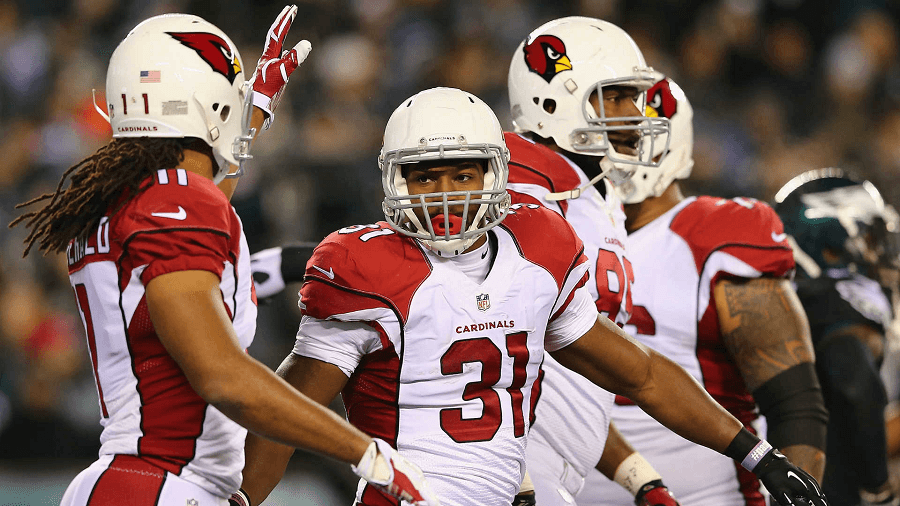 While Palmer was efficient, it was rookie running back David Johnson that set the tone for the Cards by rushing for a stunning 187 yards and three touchdowns on 29 carries. The 24-year-old first-year runner has rushed for 378 yards over the last three games while veteran wide receiver Larry Fitzgerald caught three passes for 43 yards to move four receptions short of his career-best 103 catches in a single season.