NFL News and Rumors
After snapping their six-game SU losing streak and nine-game ATS skid, the Atlanta Falcons will look to both, keep their super-slim playoff hopes alive while handing the Carolina Panthers their first loss of the season when they square off in their NFC South division rivalry at the Georgia Dome this NFL Sunday Night a 1:00 PM ET.Now, let’s find out if the Falcons can pull off the stunning upset and cover the spread! Click here for NFL betting lines.

When: 1:00 PM ET, Sunday, December 27, 2015Where: Georgia Dome, Atlanta, GeorgiaNFL Odds: Carolina -7Over/Under: 47Watch Online HereOddsmakers have installed the Panthers 7-point favorites after opening as 6.5-point faves versus the Falcons. The game’s Over/Under total is sitting at 47.5 points after opening at 46.5 Happy Hunting

Why Bet The Atlanta Falcons Odds at +7

As previously stated, (Atlanta 7-7 SU, 5-9 ATS) got past Jacksonville 23-17 last weekend to cash in as a 2-point road dog and snap out of the funk they’ve been in for the better part if the last month and a half.Now, the Falcons will try to keep their narrow playoff hopes alive by becoming the first team to defeat Cam Newton and company – all after getting routed by the Panthers 38-0 in Week 13.“We have got to make some adjustments to what we did against them last time and learn from that last game,” Ryan said. “Hopefully, we’ll be able to do that this week…. You understand how they are going to try and play you.”The bad news for the Falcons is that Ryan has turned into a turnover machine this season, tossing 15 interceptions, including one against the Jaguars last weekend.“This week it’s about getting the job done against Carolina,” Falcons quarterback Matt Ryan said. “We all know what needs to go down in order for that to work. But none of that … we don’t have a chance for any of that unless we take care of our business.“There is not a whole lot of talk about it, but certainly, everybody understands what needs to be done.” 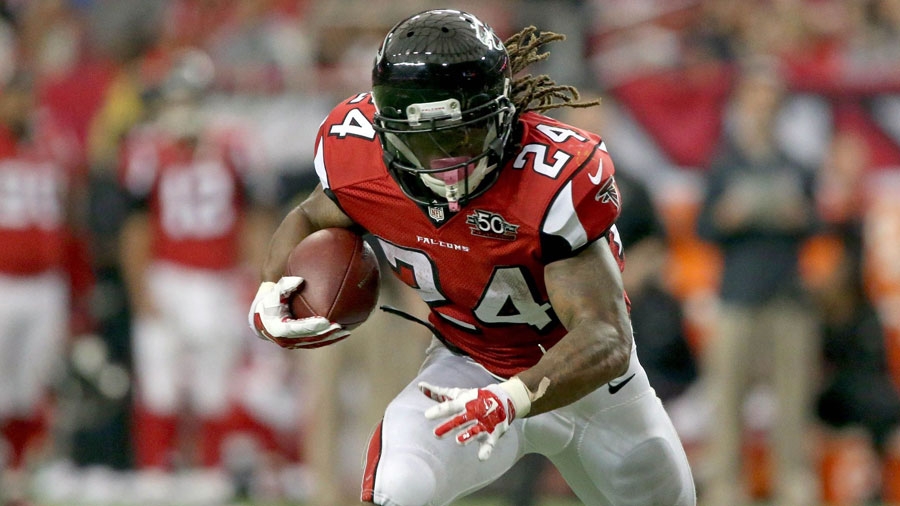 Why Bet The Carolina Panthers Odds at -7

Carolina (14-0 SU, 10-4 ATS) remained unbeaten by taking out the New York Giants 38-35 to move to 14-0 on the season, though the Panthers failed to cover the spread as a 4.5-point road favorite.Cam Newton made league history by becoming the first quarterback to ever throw five TD passes in a game while rushing for 100 yards. Unfortunately, the Panthers are trying to distance themselves from the drama surrounding last weekend’s matchup between cornerback Josh Norman and Giants wide receiver Odell Beckham Jr.“I’m just moving on from there right now. We’ve sat down and talked about things that we needed to as a coach, players, general manager all those things,” Panthers coach Ron Rivera said. “Until we hear something different from the league, which is deciding things right now, we’re going to move forward.”