NFL News and Rumors
We are now at the stage of the season where the defenses get to strut their stuff, as it usually takes a great defensive effort to get a team past the NFC Conference Championship Game and into the Super Bowl. The Arizona Cardinals are a lot better defensively than they are given credit for, and that unit is going to have to come up big this weekend when they face the Carolina Panthers at Bank of America Stadium in Charlotte. The game is set to go on Sunday, January 24 at 6:40 PM EST on Fox. Click here for our NFL betting lines.

The Cards Know How To Stop Tight Ends

If you are talking about big play guys on the Carolina Panthers, you are usually talking about Cam Newton or Greg Olsen. They are a lethal combination, with Olsen now considered to be among the best tight ends in the league. Stopping the TE was a big issue for the Cardinals last season, but they have vastly improved in that department this season. They allowed just 562 yards and 4 TD to opposing TE’s this season, and are particularly good against athletic guys, which is where Olsen fits. Tony Jefferson and Deone Bucannon have been leading the way, with Bucannon chipping in 112 tackles this season.

Strength Against The Run 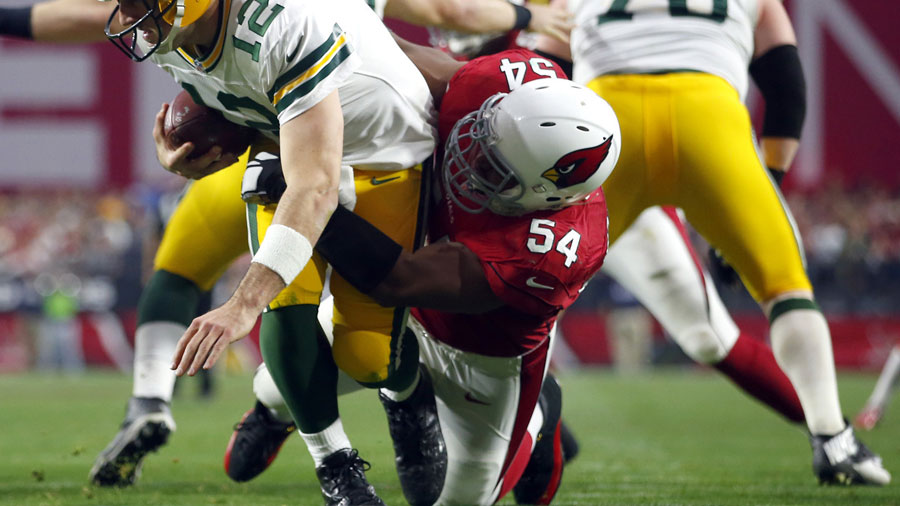 While Cam Newton has improved dramatically in the passing game this year, he beats teams with his feet more often than not. He also has a solid RB in Jonathan Stewart, but both of those guys are going to have a hard time running the ball against a hard-nosed Cardinals defense. Arizona allowed just 91.3 rushing yards per game this season, and limited their opponents to just 39.9 yards per carry. While they gave up 132 yards on the ground to the Packers in the Divisional Game, it should be noted that 61 of those yards came on a single play.

Tighter Defensively on the Road

The Cardinals gave up just 150 points on the road this season, good for an 18.8 PPG average. While that number is impressive on its own, it gets even more so when you look at their last 3 road games. They gave up just 33 points in those final 3 road games, and while the opposition was not as good as the Panthers, it is still a sign that this defensive unit has been getting better as the season goes on. This is a group that does a great job of limiting the big play opportunities for their opponents, and that may well be the key to shutting down the Carolina Panthers in the NFC Conference Championship Game this coming Sunday.
Older post
Newer post