NFL News and Rumors
The last time the Arizona Cardinals made it to the Super Bowl, they had their hearts broken in the dying moments of the big game when Santonio Holmes made an improbable TD catch for the Steelers. That Arizona team was a good one, but the current crop of Cardinals is a good deal better. They will need to be at their best to beat the Panthers in the NFC Conference Championship Game this weekend, but if they can get past that, there may well be no stopping them. For our NFL betting lines, click here.

We all want to make a little bit of money on the Super Bowl, and if you ask me, the Arizona Cardinals at odds of +275 looks like a very decent bet. They are at longish odds because they have to hit the road this weekend, but you are not likely to find better value than where they are right now If you like the Cardinals to win Super Bowl 50, now is the time to get your wager in. Here are a few reasons as to why that might be a good idea.

Larry Fitzgerald has been a beast in this league for a very long time now, but if you focus all of your attention on him, you are going to get burned elsewhere. The Cardinals are truly gifted on the offensive side of the ball, and their 30.6 PPG in the regular season was second best in the league. With 288.5 passing yards per game, it is clear that they can beat you through the air. Let’s not forget, though, that they also average 119.8 rushing yards per game, which means breaking up the aerial attack simply isn’t enough to stop them. 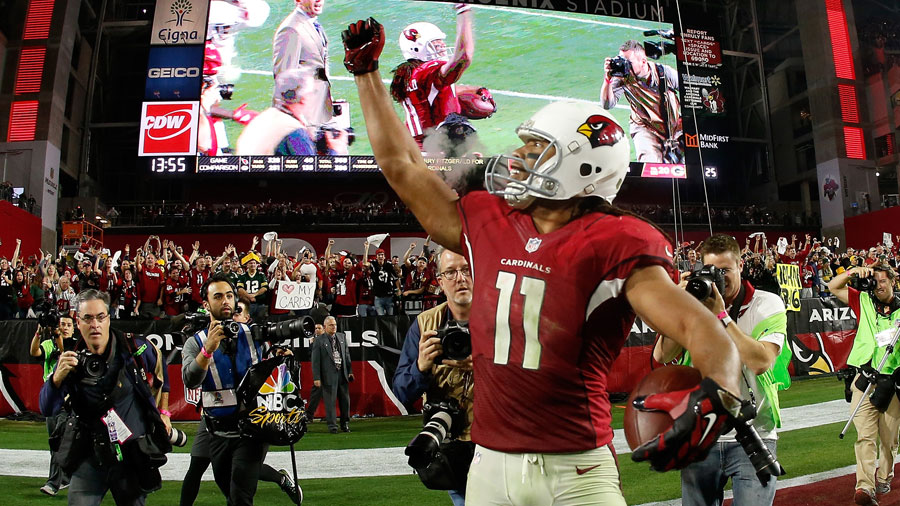 The Chance to Make QB History

As is the case every year at playoff time, there are a number of different storylines to capture you interest. This year may well be the first time we get to see a Heisman winning QB lift the Lombardi Trophy. Cam Newton and Carson Palmer both have a shot, but with Palmer now 36 years old, you know that he is running out of time. The Cardinals want to win the Super Bowl first, but don’t think for a second that they are not interested in helping their offensive leader make history.

The Cardinals are Built Road Tough

Much has been made about the Panthers and their impressive home winning streak, but very few people are talking about the fact that the Cardinals went 7-1 on the road in the regular season. There may be no tougher environment to play in on the road than in Seattle, yet the Cardinals went in there this season and came away with a big win. This is not a team that has any fears about heading into hostile territory to get a victory.
Older post
Newer post