NFL News and Rumors
After conference championship weekend, where we saw one game turn out very close, and another turn out to be a complete blowout (can anyone believe the score of the Panthers-Cardinals game?), we’re left with two teams: the Denver Broncos, and the Carolina Panthers. This game will showcase the two best teams in football, and two of the best teams on both sides of the ball. On this page we’ll showcase some critical information regarding the game, and will help you learn more about both sides so you can make an educated guess on which team to bet for. Be sure to check back on mybookie.ag every day for updated odds – right now the spread is -5 in favor of the Panthers, but the odds are sure to change as more news is released.Currently, it’s looking like Denver will have more of a home-field advantage, as Broncos fans come from a richer demographic, and Denver is much closer to San Francisco than Carolina.What: Super Bowl 50Who: Carolina Panthers (15-1) vs Denver Broncos (12-4)When: Sunday, February 7, 2015Kickoff: 6:30 PM ETWhere: Santa Clara, CAStadium: Levi’s StadiumSpread: Panthers -3.5Moneyline: Carolina -185 vs Denver +160Game Total: 43.5Watch: CBS

It’s common knowledge that defense wins championships. That statistic is especially true this year, where we see the two top defenses facing off in the Super Bowl. Surprisingly enough, Denver has the top ranked defense in all of the NFL. Carolina is right behind them. It’s safe to say that defense has brought these teams to this game. Defense helped Carolina beat the Seahawks. Defense helped them intercept Carson Palmer 4 times en route to a huge blowout. Denver held Tom Brady to miniscule statistics and ended up holding out on a great 2-point conversion stand, where they intercepted Brady in the end zone.In the end, these teams both have very different defenses, but both accomplish the same goal. We have to give the edge to the Broncos defense here. 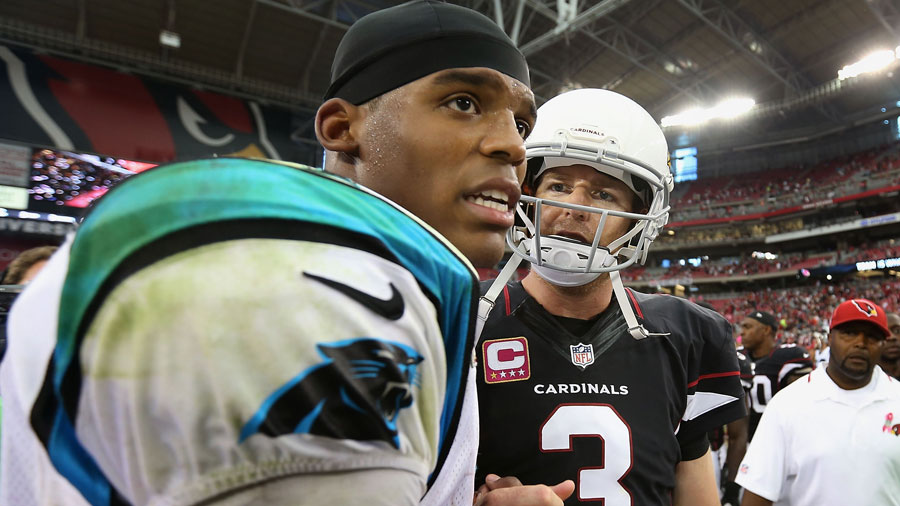 While both these teams feature great defenses, only one features a top offense. If you haven’t been following the NFL much this season, the statistic would surprise you, but in points per game, Carolina is #2 in the NFL. Denver ranks at #9, and leads the NFL in defensive scoring. Peyton Manning has looked abysmal all season, but got things done in both playoff games. 17 interceptions and 9 touchdowns is uncharacteristic of Manning, but those are his stats during the regular season. Cam Newton has been nothing but superb as he’s run, and thrown the ball incredibly effectively all year, even more so in the playoffs.

Who Has the Edge? The Panthers, And In A Big Way

The major edge the Broncos have on the Panthers is experience. The defenses are both great, but the Panthers should have no trouble containing Manning, while Newton has yet to be stopped by many defenses in the NFL, and certainly no defense in the playoffs, as Carolina scored over 30 points on each of their playoff competitors. This game is sure to be amazing, with the young bucks going up against the seasoned veterans. Currently the spread is at 5 points, as we mentioned earlier. Many people are thinking the Panthers will win, but don’t factor out the Broncos in this game. They know how to get it done in the postseason.
Older post
Newer post