NFL News and Rumors
Even in a losing effort this past weekend, Marcus Mariota and the Tennessee Titans have looked a lot better under interim head coach Mike Mularkey since the longtime NFL coach took over for Ken Whisenhunt two weeks ago.Now, the young Titans will look to pull off the road upset over Blake Bortles and an improving Jacksonville Jaguars team that has played some inspired football for the better part of the last six weeks.

Now, let’s find out which one of these young and rebuilding ballclubs will bring home the bacon in what is suddenly a pretty attractive Week 11 AFC South divisional matchup for NFL betting fans.

While the Titans were on the wrong end of a humbling 27-10 loss against unbeaten Carolina on Sunday, the Titans clearly have a whole new mindset under interim head coach Mike Mularkey right now.The Titans looked pretty phenomenal in smacking around the hapless Saints in Week 9 as Mariota tossed four TD passes in the win. The former Oregon star completed 16 of 24 passes for 185 yards with one interception in the loss, but still walked away with the respect of the Panthers.“We just understand that guy is capable of putting up big numbers and he’s shown it,” Panthers linebacker Thomas Davis said. “We know they’re a much different team when he’s in the lineup and we knew we had to be on our A game today.”Tennessee was shutout 13-0 in the second half and shot themselves in the foot with miscues.“We just didn’t do a good job of executing on third down and that starts with me,” Mariota said. “I’ve got to do a better job of helping those guys out in terms of protection and getting the ball out and allowing the guys to make plays.”The Titans only got past midfield once n the second half against Carolina’s stout defense.“One thing I thought we did well early and better than we have, even last week, we were better on third down,” Mularkey said. “And then all of a sudden, Anthony (Fasano) drops a flat route over there that gets a drive started and then we drop a third-down snap.”

Not only have the Jaguars won two of their last three games, but they’ve been playing really competitive football for the better part of the last six weeks in my expert opinion.Jacksonville recorded a stunning 22-20 win over Baltimore on Sunday to cover the NFL betting line as a 5-point road underdog to move to 3-0 ATS over their last three games. The Jags came rallied back from a 14-10 halftime deficit by limiting the Ravens to just six second half points while forcing the Ravens into four turnovers, including two interceptions by Baltimore quarterback Joe Flacco.Second-year quarterback Blake Bortles completed 22 of 45 passes for 188 yards with two touchdown and one interception, but its was Baltimore’s boneheaded play on the game’s final snap that cost the Ravens the win.When Bortles dropped back to pass on the game’s final play, Ravens’ linebacker Elvis Dumervil ripped Bortles’ helmet by the facemask, thereby moving the ball from the 49-yard-line to Baltimore’s 34 and allowing the Ravens to run one more play.“I was just out there trying to do something to get us downfield,” Bortles said. “That was probably the wildest finish I’ve ever been involved in.”Kicker Jason Myers stepped up and nailed the game-winning 53-yard field goal to lift Jacksonville to victory.“I was ready for it,” Myers said. “Once we got the ball back, I spent my time concentrating and preparing for a chance I hoped would come.”Jacksonville (3-6) snapped a 13-game road losing streak with the improbable victory.“Unbelievable game,” Jacksonville coach Gus Bradley said. “Give credit to both teams with that game going back and forth. We knew it was going to be a one possession game just by the history of both teams.” 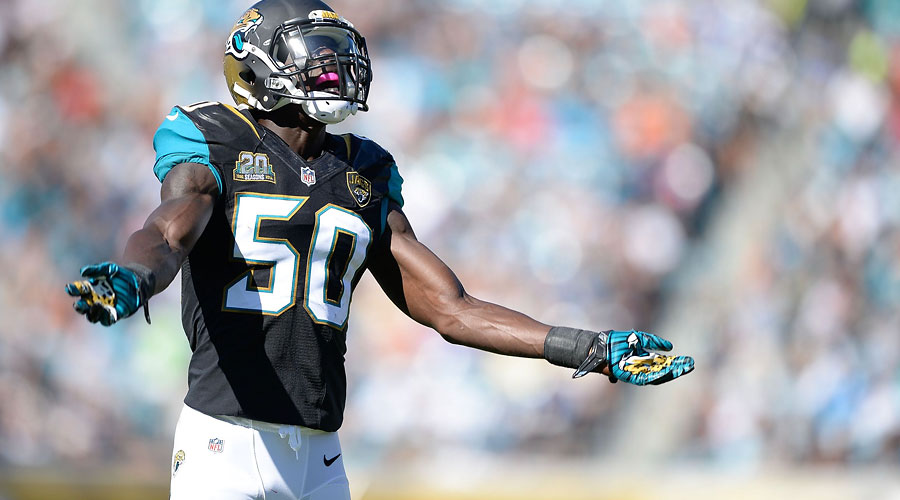