NHL Betting News
It’s hard to keep a good team down, which is why fans and pundits shouldn’t get too distraught when one of those good teams goes through a particularly sticky patch. The Anaheim Ducks will be hoping that their poor form is now in the rearview, as they look to launch an attack on the top of the Pacific Division. The Ducks will try to continue their climb when they host the New York islanders on Friday night.

The #Isles wrap up their California road trip tonight against the #NHLDucks. Preview: https://t.co/QZ6AsSOvUr pic.twitter.com/agHxA5s1v6

If you had decided to place a bet on the Anaheim Ducks (5-7-4) only managing a single win in their first 10 games of the season, you would be sitting on a pretty big pile of cash right now. The picks made in the preseason pretty much all had Anaheim winning the Pacific, so imagine the level of surprise when they came out and laid an egg. Like I said at the start, though, it’s tough to keep a good team down, and the fact that the Ducks have picked up points in each of their last 6 games (4-0-2) shows that they might be ready to break out. Before we all get too carried away, though, it is worth noting that they have now lost two straight games, albeit in OT, which means they pick up a point from each. On a positive note, the goals are starting to come, and while they are still dead last in the league in goals per game average, Anaheim is starting to show some real signs of life in the offensive end of the ice.The Islanders (8-5-3) are starting to have some questions asked of them, as they have fallen away after a very solid 6-2-1 start to the season. They have lost 5 of their last 7 games, and have seen their offense almost totally dry up in the process. They did break out a little bit with an impressive road win over the Sharks on Tuesday night, and they will hope to continue to roll when they head into LA on Thursday. While having to play games on consecutive nights in the NHL is no easy task, it should be noted that the Islanders had a big win on the road in St. Louis the last time they were asked to do so. The Islanders are a respectable 3-2-1 on the road so far this season, so it’s not as if they will be coming into these games feeling as though they don’t have a chance. 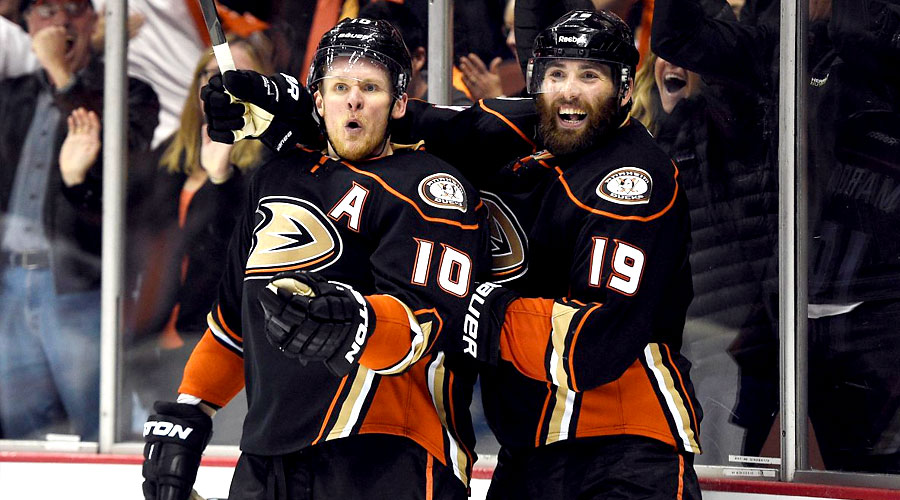 The recent trend in this match-up has seen the road team winning each of the last 3 meetings. They all tend to be very close affairs, with the last 2 having been decided by a single goal. I think this will be another close one that could go either way. I like the Islanders here, and I also really like the UNDER.
Older post
Newer post