NHL Betting News
Dallas Stars captain has received high praise indeed from the media as well as NHL betting fans, as some are comparing him to Eric Lindros (in his prime, not when he was the constant sufferer of concussions). His combination of skill, ability to rush the net and outright physicality is rare in the current NHL. Just ask Jeff Petry — Benn unloaded on him with a big hit on Saturday when the Stars were busy routing the Montreal Canadiens. Benn’s blow turned the puck over, leading to a Tyler Seguin goal before Petry was back up and skating. Benn, 26, is the top goal scorer in the NHL (22 goals in 34 games). Benn won a gold medal with Team Canada back in 2014 and since then has scored 157 points in 132 games, 19 ahead of Tyler Seguin on his team. The Stars actually found Benn on Victoria of the BCHL way back in 2006-07, the same year Lindros was playing his last season — in Dallas. They took Benn in the fifth round of the draft, unaware of what Benn would develop to be. Dallas is atop the NHL standings right now — but be wary when they are playing teams near the bottom of the standings. All of their losses this year have come against teams who are currently out of the playoff positions.

Semyon Varlamov has been named the @NHL First Star of the Week! HERE’S WHY: https://t.co/VrWKPrRRDI pic.twitter.com/Kg9fKWZ5sv

The Colorado Avalanche entered Monday night’s game against Toronto with only one goalie. Semyon Varlamov was having an ugly night, and coach Patrick Roy wanted to pull him, but backup Reto Berra had hurt his ankle playing…hallway soccer during the team’s warmup, according to a report from the Denver Post. So Varlamov had to stay in, yielding six goals on only 21 shots, and the Avs saw their five-game winning streak come to an end. Varlamov has been a big part of the Avs’ recent renaissance, though, so keep an eye on this injury report. 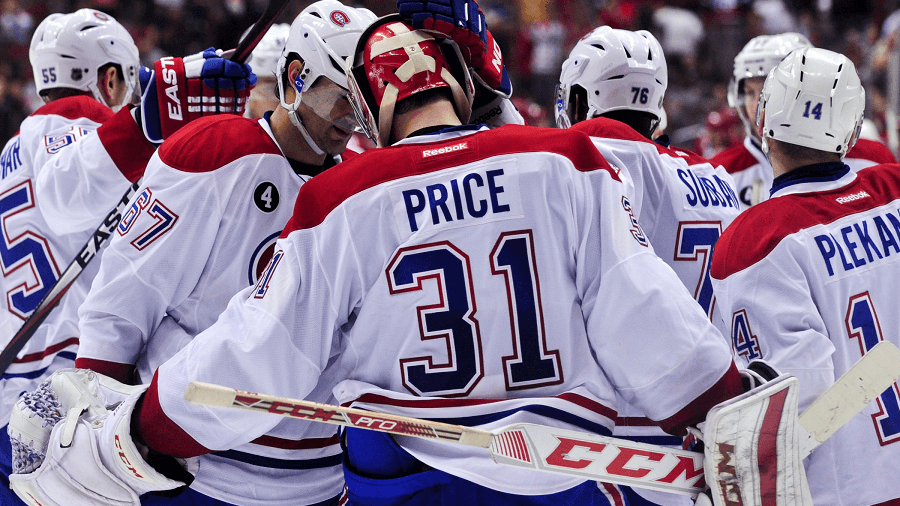 The Montreal Canadiens have been one of the best teams in the NHL, right up there with Washington in the East and within striking distance of Dallas. However, recent fortunes have turned, with the Habs only winning two of their last 11. After they fell 5-1 to the Nashville Predators on Monday night, head coach Michel Therrien said, “Our goaltending has to be better and it seems that every game we play, their goaltender is the #1 star” in a press conference with reporters after the game. The Canadiens have been without their top goalie, Carey Price, for most of November and December, as Price hurt his knee October 30 and then hurt it again on November 25 and is still without a timetable for his return.That means that Dustin Tokarski and Mike Condon are sharing the duties, and Therrien has been impatient, often pulling one to put the other in. Tomas Plekanec had an additional reason for the Habs’ struggles, saying that they take too many shots from the perimeter instead of attacking the net. No matter what the problem is, the Canadiens don’t have the luxury of waiting for Price to return to start winning again.
Older post
Newer post