NHL Betting News
Goals can be mighty hard to come by in the NHL, but there are some teams that are going to struggle more than others. You need to be able to run at least 3 solid lines in order to score regularly, and it’s beginning to look as though the Buffalo Sabres and Nashville Predators are falling a little short of that. These two anemic offenses will hook up in Wednesday night in Buffalo.

What Bieber song is stuck in Seth Jones’ head? Our HFC Jr. reporter gets the answer! >> https://t.co/CjNyycrMqg pic.twitter.com/2qWzIZoqKO

There aren’t many hockey fans that are truly surprised to see the Buffalo Sabres (8-11-2) struggle to find the net. Yes, they landed hot young scoring prospect Jack Eichel in the draft, but he is not exactly surrounded by elite offensive talent. This Buffalo team has definitely taken a step forward from what they were last year, but this is still very much a work in progress. The Sabres actually did a great job of getting to .500 after a very slow start, but the schedule maker has been tough on them, and their last 5 games, all against very good Western Conference opposition, has seen them go just 0-3-2. The fact that they only managed to score 5 goals during that stretch tell you all you need to know about this Buffalo offense. The defense has not been awful, but a penalty killing unit that ranks dead last in the NHL has done little to help the cause.The current offensive woes of the Nashville Predators (11-6-3) comes as more of a surprise, especially since this team has shown that they know how to score goals. They have banged in 7 goals on 2 separate occasions in the month of November, but they are currently on a run that has seen them lose 3 straight games without once putting the puck in the opposition net. All of those games have come on the road, and the Predators are now in danger of heading home without anything to show from this trip. The good news is that they have Buffalo and Philadelphia to come before they have to head home, both of whom are teams that are certainly there for the taking. Where the Predators are going to have to be careful on Wednesday is on the penalty kill. They will be facing a Sabers team that is top 10 on the PP right now, which means disciplined hockey is an absolute must for Nashville. 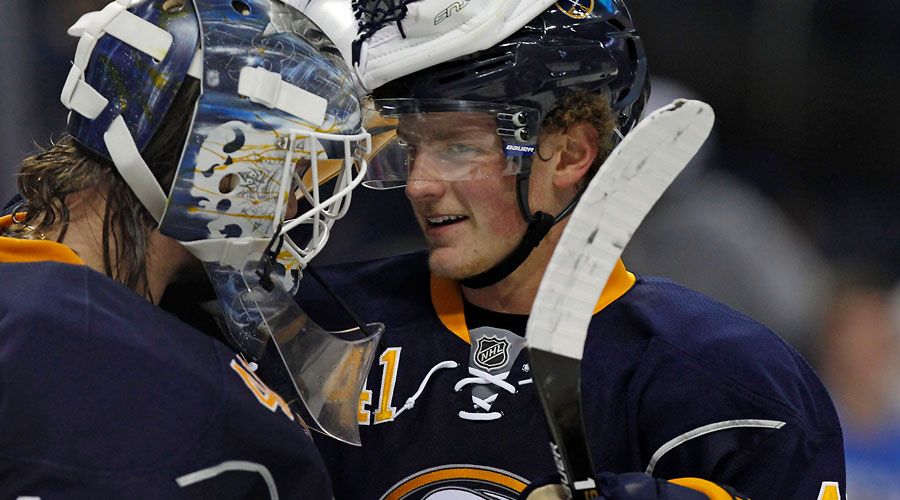 The Predators have won the last 4 regular season meetings against Buffalo, and they should be able to make it 5. The one thing that this match-up always seems to deliver is a lack of offense, so this is a game that almost defies you to do anything but take the UNDER.
Older post
Newer post