NHL Betting News
We only get a limited number of opportunities to see teams from opposing conferences go head to head during the NHL betting season. When it happens, it certainly helps when two of the best teams from each conference get thrown together, as it tends to create an exciting betting opportunity. We have a really good one coming our way this weekend, when the San Jose Sharks skate into Pittsburgh to face the Penguins on Saturday.

It’s a great day for hockey! The Sharks will be in deep water when the puck drops at 7:00PM ET. pic.twitter.com/rnVHHajGL4

Date: Saturday, November 21, 2015Time: 7:00PMVenue: Consol Energy CentreOpening Line: Pittsburgh -139If you look at the season the San Jose Sharks (11-8-0) have put together to this point, you would see what looks like bookends of sorts. They started the season with 4 straight wins where they were defensively outstanding, and they have now won their last 4 games using that same magnificent style of defense. It is the game that fell in between those winning streaks that are a little troubling. The Sharks really struggled to find a good level of consistency during that stretch, but have done enough to land in second place in the Pacific Division. The hope will be that this positive run goes a little longer than the first one, but that is going to be easier said than done, as San Jose has a pretty tough stretch of games ahead of them as November draws to a close. You wouldn’t see it as being impossible for them to do that, especially given how they are playing. All 4 of those recent wins have come on the road, and they have a shot to head home with a perfect record from this 6-game trip.The Pittsburgh Penguins (12-7-0) are continuing to win, but they are now doing it in the way that everyone expected them to. There is no denying the offensive talent on this team, but they have been far from the explosive force that we all expected. Sidney Crosby in particular has been playing well below expectations, but the offense is now starting to show signs of life, scoring 4 goals in each of their last 2 games. The price for that outburst seems to be a little poorer showing on defense, but at this point, I think Penguins fans will just be happy to see their forwards starting to play up to their potential. Pittsburgh are in a pretty good spot in the Metropolitan Division right now, and we can expect them to continue pressing for a division title for as long as the goals continue to come. 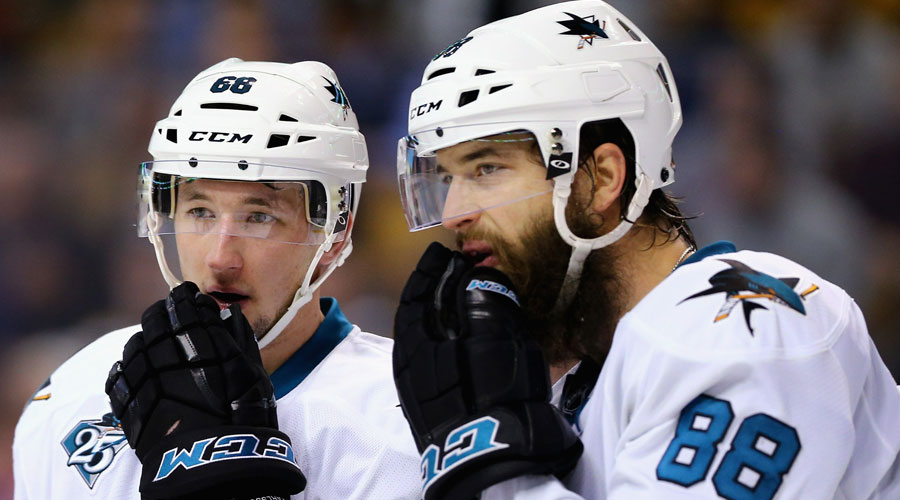 What Should You Consider Before Betting on Sharks vs Penguins?

It has been the home team that has come out on top in the last 5 meetings between these 2 teams. I expect this to be a very close affair, but I like the Sharks to steal the win given their current dominance on the road.
Older post
Newer post