Soccer Betting News
The world of online soccer betting took a necessary break from club football to give the fans a different taste of football in the form of international soccer action. Across Europe, a number of teams were involved in the playoffs to qualify for next year’s Euro Tournament, while those that had already qualified for the tournament were involved in friendly matches.

Amidst the Euro games, and shortly around the time Germany was playing the French football team at the Stade de France, the world came to a standstill as France suffered a series of coordinated terrorist attacks that claimed the lives of at least 129 people. Fortunately, none of the French and Germany players were directly harmed in the attack, and most of the remaining Euro games went on as planned, including France’s friendly against England. From the games played over the last two weeks, here is a recap of what happened, including implications on the Euro 2016 Tournament.

The first leg of the Euro 2016 playoffs were played between 12-15 November and saw a total of eight teams participate in the quest for the four final spots in next year’s Euro Tournament. These included Bosnia and Herzegovina, Ukraine, Sweden, Hungary, Denmark, Republic of Ireland, Norway and Slovenia. Hungary became the first team to qualify for Euro 2016 via playoff after beating Norway 3-1 on aggregate. The first leg of the game was played on 12 November and thanks to a 26th-minute goal from Kleinheisler, the Hungarians had a 1-0 advantage away from home going into the second leg, which was played on November 15th. The second leg was also went the Hungarian way, as a 14th-minute goal from Priskin ensured a 2-0 aggregate advantage as they entered the second half. The last 10 minutes of the game came with drama, as Henriksen drilled the final nail in his team’s own team’s coffin by scoring an own goal, which he later cancelled by scoring a goal in the 87 minute. That, however, proved just to be a consolation. 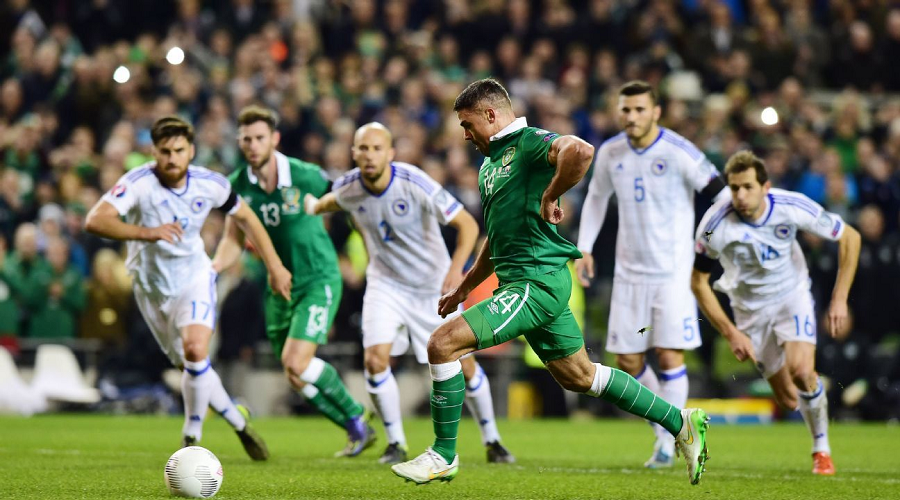 In the other games, hosts Bosnia and Herzegovina rallied from behind to salvage a draw against the Republic of Ireland after they fell behind to an 82nd minute goal from Brady. Džeko later equalized in the 85th minute to give the hosts a foot back into the game. But in the second leg, Ireland ensured that was no late drama, beating Bosnia 2-0 (thanks to two goals from Jonathan Walters) to qualify for the Euro Tournament on a 3-1 aggregate. Meanwhile, the Ukrainians beat Slovenia by two goals to nil in the first leg, thanks to goals from Yarmolenko and Seleznyov. Ukraine booked a spot in the tournament finals through a 1-1 against 10-man Slovenia in the second leg on Tuesday, sealing a 3-1 aggregate win. Sweden, entering Tuesday’s game with a 2-1 advantage over Denmark, also booked a spot in the tournament after Zlatan Ibrahimovic bagged a brace to seal Sweden’s 2-2 result in Denmark on Tuesday, allowing the Swedish team to triumph on a 4-3 aggregate. In summary, therefore, Hungary, Republic of Ireland, Ukraine and Sweden sailed through to the finals, completing the 24-team lineup in what will mark the biggest European Championship to date. According to Sky Sports News, the Euro 2016 will be played in France, despite the recent concerns about last week’s attacks in Paris. The tournament’s draws are set to take place on December 12th at 5 PM GMT/ 12 PM ET.

Over the international break, Germany, England, France, Spain, Netherlands, Northern Ireland, Slovekia and Czech Republic were among the teams that participated in international friendlies, as the rest fought in the in the playoffs. Remarkably, England saw their unbeaten record come to an end, when they clashed against reigning champions Spain last week. In a game that saw both teams rest most of their top players, the Spaniards took the lead through Mario Gaspar in the 72nd minute and doubled it in the 84th through Santi Cazorla to end the game 2-0. England, however, got back to winning ways with a 2-0 win over France at the Wembley on Tuesday, courtesy of goals from Wayne Rooney and Dele Alli. Last week’s game between France and current World Champions Germany, despite being dampened by the aftermath of the terrorist attacks, ended in favor of the hosts, with goals from Olivier Giroud and Andre-Pierre Gignac sealing the deal. 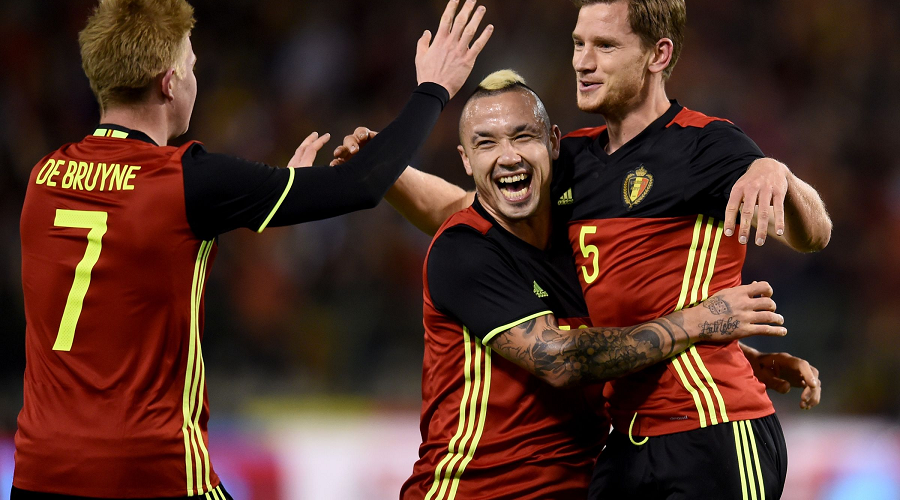 In another match, the Italians let themselves down as they allowed the Belgians to come back from a goal down to win 3-1. The Italians took an early lead in the third minute through Antonio Candreva and it seemed as if all glory was heading Rome. But ten minutes later, the Belgians staged a comeback that began with Jan Vertonghen 13 minutes into the game to end the first half all square. The second half saw the hosts add two more goals through Kevin de Bruyne and Michy Batshuayi to ensure they remained with the glory. Elsewhere, Holland beat a Bale-less Wales in a five-goal thriller, winning 3-2 on the road. The best performance of the Euro friendlies would probably go to Czech Republic, who beat the Serbians by four goals to one, thanks to goals from Tomas Sivok, Tomas Necid,Petar Skuletic, Ladislav Krejci and Ondrej Zahustel. The Serbians got their consolation through Petar Skuletic in the 78th minute. Tuesday’s friendly clash between Germany and Netherlands, along with the much-anticipated game between Belgium and. Spain, were both called off due to security threats following the Paris attacks. Final Remarks Despite the friendly games called off on Tuesday, club soccer action is expected to resume across Europe, starting on Friday, November 20th.Some of the key soccer odds action to watch in the weekend include the El Classico clash between La Liga’s two best teams, Real Madrid and Barcelona, with the EPL also serving a top-tier clash of its own in the Man City vs. Liverpool showdown.
Older post
Newer post