Soccer Betting News
Leicester is probably not a team in the caliber of Manchester United, Liverpool or Arsenal in terms of great history of excellence in the world of soccer lines, but going by the way they’ve been playing this season, their clash against Manchester United this week could easily go as the game of the season.

STATS: @Vardy7 can set the record for goals in consecutive @PremierLeague matches if he scores during #LeiMnu. pic.twitter.com/JtObl5jN4U

This game will be a battle of the top two teams in the English Premier League, with Leicester placed at No. 1 and Manchester United coming in at second, hence presenting very high stakes in the soccer lines, as both teams seek to be logged at the top spot at the end of Week 14’s EPL games. Adding the intrigue to this game is the fact that Leicester City’s goal talisman Jamie Vardy will be out to set new record in the Premier League of scoring in 11 consecutive games, having equaled Man United legend Ruud Van Nistelrooy’s record of 10 goals in 10 consecutive games with one of Leicester’s three goals last week. Keeping all that in mind, here is comprehensive preview of this marquee clash, complete with free soccer picks to guide your bets on the game.

This time last year, Leicester were placed down in the second half of the EPL table, fighting relegation. Right now, they are at the top of the English Premier League table, playing the best football in their club’s entire football history. Creditably, they march into this game on the back of an impressive 3-0 road win against the struggling Newcastle United. A first-half goal from their star man Vardy put them on course for the victory, and Jose Leonardo Ulloa and Shinji Okazaki sealed the deal with two second-half goals. 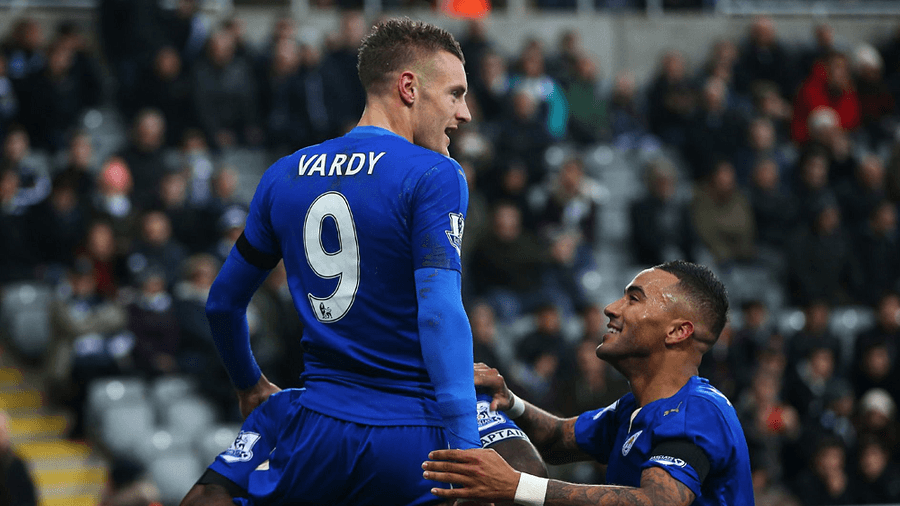 Vardy leads the offense with 13 goals this season, more than any other player in the premier league. It is because of his talismanic goal-scoring form with Mahrez (7 goals) that Leicester have scored the highest number of goals in the league (28), out of which 13 have come at home. Their home record is the fourth-best in the league and only Manchester City, Tottenham and Manchester United have better home records. It will, however, be a tough outing for Leicester, as they face a hard-nosed Manchester United defense that has conceded just once in its last eight games in all competitions, thus necessitating a big performance from Vardy and Co.Defensively, they haven’t been as good as the offense, giving up 20 goals this season, which is the highest so far for a team ranked in the top 10. More worryingly, 11 of those goals have been conceded at home, which is the worst record in the top 15. The home fans can, however, take solace in the fact that they face a United side that has been poor offensively, constantly struggling due to lethargy in the final third of the field. If their defense can find a way of taming this United offense, and the offense continues in scoring ways, the home team could easily stay on top of the league, come the end of this game.

Manchester United, despite lack of goals, are playing way better than they did last season. Entering this game, they are coming off mixed results, having beaten a tricky Watford side on the road (in the EPL) last weekend, and then following it with a draw against PSV in the Champions League on Wednesday. Remarkably, the win over Watford did not come easy as United saw an early Memphis Depay goal cancelled by a Watford penalty. But before the game ended, Troy Deeney (who scored Watford’s penalty) turned from hero to villain by deflecting a Man United cross into his team’s net, giving the Red Devils an undeserving 2-1 win. The luck against Watford did not repeat, as Man United struggled offensively, playing a draw result against PSV in a Champions League game that went down as one of the most boring games a United side has ever played at home. 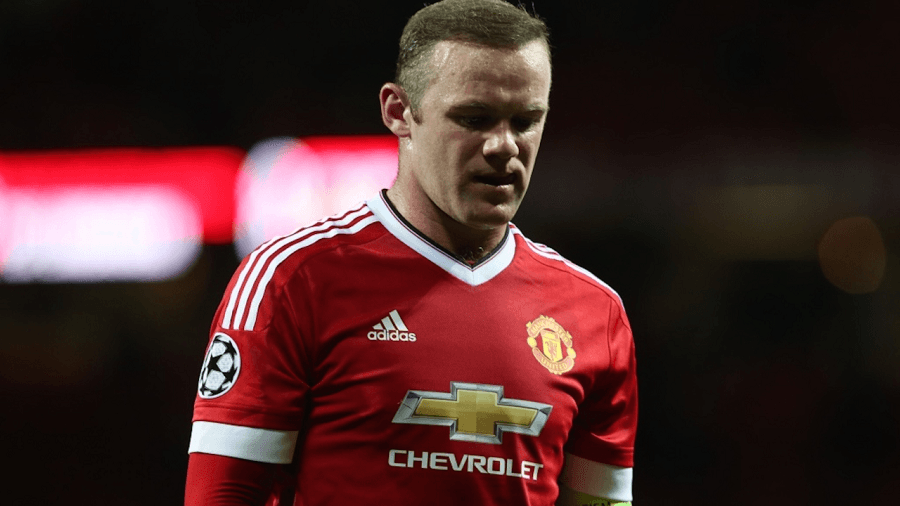 At the moment, it is hard to pick the person who leads United’s offense because the strikers have not been doing their job well in recent fixtures. Age seems to be catching up with Wayne Rooney, while Anthony Martial seems to have fizzled out of form after a bright start to the season. In essence, that’s why Man United’s offense has scored just 19 goals this season, which is the third worst in the top-10 of the EPL. 10 of those goals have come on the road, showing that they are slightly better scorers on the road that at home. Even so, both of United’s losses this season have come on the road against top-10 teams, meaning Leicester (which is coming off a clean sheet performance on the road) could have a winning chance, unless Rooney and his teammates rise up to the big occasion.As a saving grace, the Red Devils have been the best defensive unit in the league so far, conceding just nine goals in 13 games. Since conceding three goals against Arsenal on the road over a month ago, they have only conceded just once (which was a penalty against Watford last week). More of this defensive performance will be needed against the free-scoring Leicester offense that is particularly dangerous on the flanks through counter-attacks. This will be particularly important, considering eight of their nine goals conceded this season have come on the road.

This encounter could go either way, given the form that Leicester enjoys in the offense and the strength of United’s defense. United will be out to win this and go top of the league for the second time this season and hopefully stay there. Leicester, on the other hand, will want to upend United and stay at the top for as long as possible since coming back at the helm won’t be easy. All in all, we believe United will struggle as always, but they will find a way to claim a narrow 2-1 win that will take them top of the league. Leicester should, however, be able to get on the scoresheet, most probably through Vardy, giving the home fans something to smile about.
Older post
Newer post