Soccer Betting News
Robert Lewandowski, Bayern Munich’s goal-scoring machine, is transcending the reality as we know it in soccer odds. The Poland international followed up his record-breaking feats for his club with another milestone for his country in the Euro 2016 qualifiers.

Bayern​’s Robert Lewandowski​ now has 22 goals for club and country this season! Will he be #UCL top scorer? pic.twitter.com/uPypolBVRh

Lewandowski fired Poland to Euro 2016 tournament, scoring the second goal for his country to give his team a 2-1 victory. His goal, 13th goal in 10 games in the qualifiers, helped him to level the top goal-scoring record in a single European championship qualifying round. This record was set by former Fulham and Sunderland player, David Healy back in the 2008 preliminaries.
Road to the Record
The Polish hit-man began his Euro 2016 campaign account with a five-goal show in the 7-0 win against Gibraltar back in September 2014, before adding a hat-trick against Georgia. After that, he scored Poland’s only goal in the defeat to Germany. 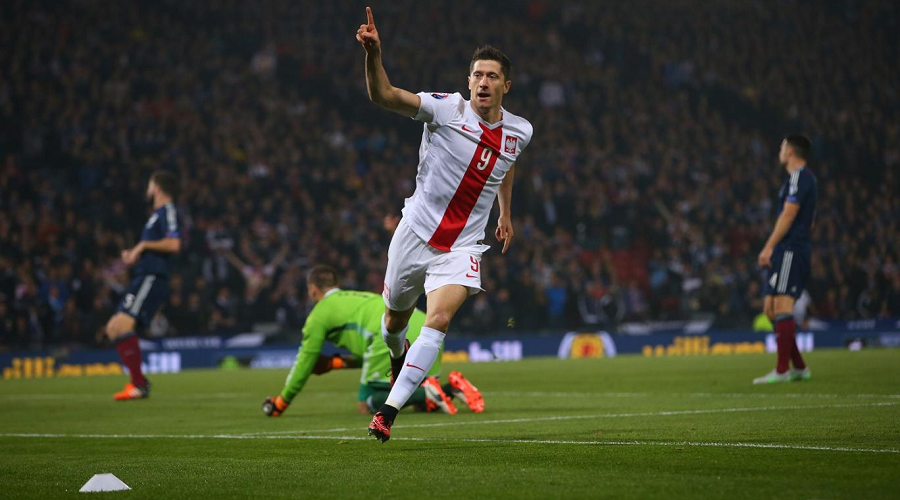 The Bayern Munich striker then scored a double against Scotland to stay on the brink of leveling the historic mark. And it didn’t take long, as Lewandowski scored the winner for Poland over the weekend to seal an automatic qualification to Euro 2016, while earning himself a place in the soccer history books.
Most goals scored in a European championship qualifying competition: 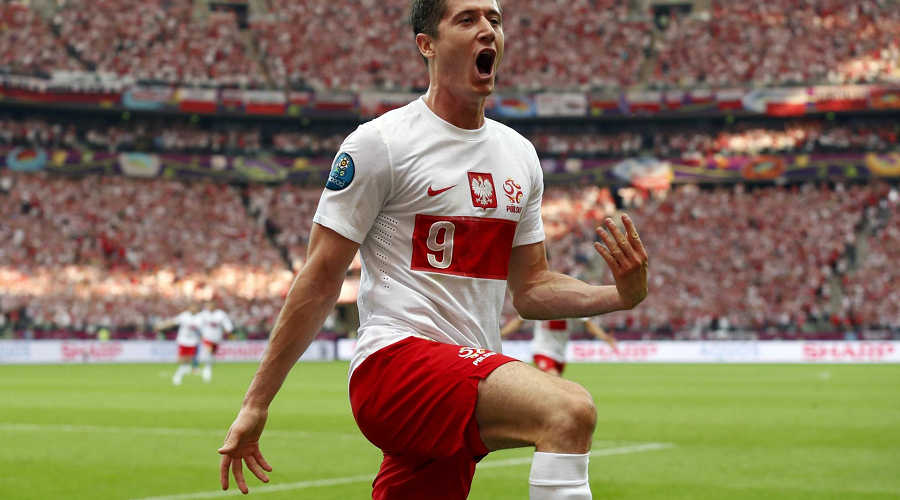 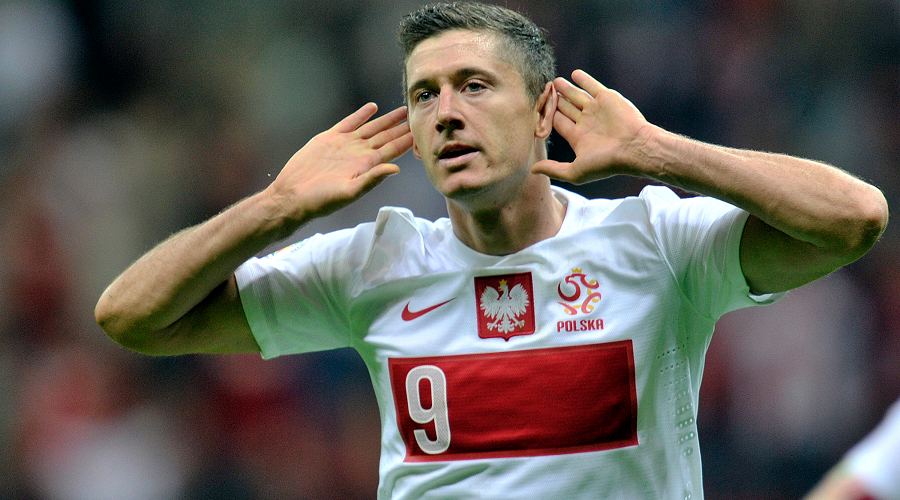 Remarkably, the 27-year old goal talisman has scored 19 goals in his last 10 games for the club and country, including a whopping 15 goals in his last six games, over 447 minutes of play. This translates to a staggering average of a goal in every 30 minutes, highlighted by stunning performances for both club and country.
Interestingly put by Football Only, Lewandowski has scored:
• Last 4 games for Bayern: 12 goals
• Last 4 games for Poland: 8 goals
In the recent weeks, he astoundingly scored 5 goals in 9 minutes against Wolfsburg, Mainz (2), Dinamo Zagreb (3), Dortmund (2), Scotland (2) and Republic of Ireland (1) to highlight a dominant performance from the towering striker. 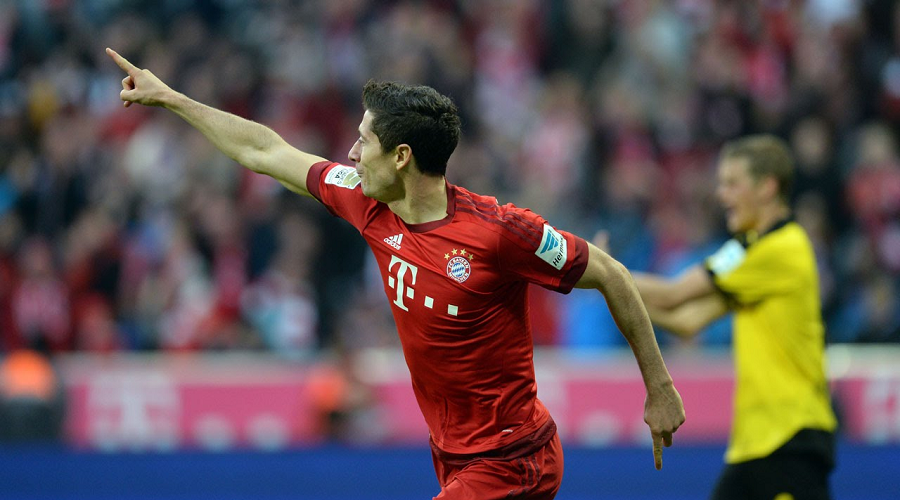 Not to mention, his two goals in his last Bundesliga game against Dortmund, his former team, took his Bundesliga tally to 103 goals in 169 appearances. It also sent him atop the Germany League scoring charts with 12 goals, two more ahead of his closest rival, Pierre-Emerick Aubameyang of Dortmund.
What Next for Lewandowksi? 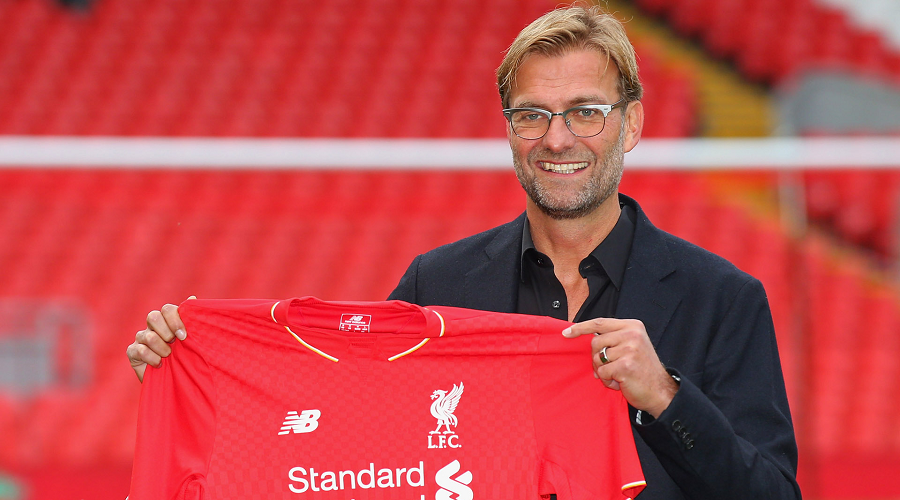 Lewy’s former coach, Jurgen Klopp, who is the new Liverpool FC boss, is said to be keen to link up with the striker he brought to Dortmund from Lech Poznan in 2010 if Bayern decide to sell him. Klopp revealed that no player has made him prouder in his coaching career than the Polish attacker, and going by his current form, along with the crop of players he plays with at Bayern Munich, the team is guaranteed to succeed and win many titles this year. 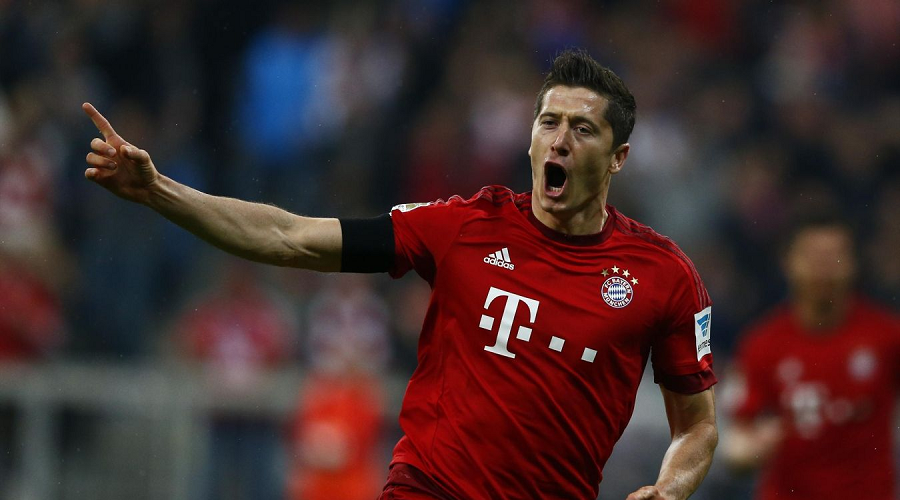 “The biggest satisfaction you can get is when you take a player from Poland, from a small club and watch him play like he does today,” said Klopp of Lewandowksi. And going by his imperious form, it is no wonder the striker is already being categorized in the class of Lionel Messi and Cristiano Ronaldo. For the year, the Poland born striker sits third in Europe with the most number of goals scored in 2015 (40 goals in 40 games), behind Messi, who sits top (45 goals in 53 games) and Ronaldo, who seconds him (42 goals in 44 games). 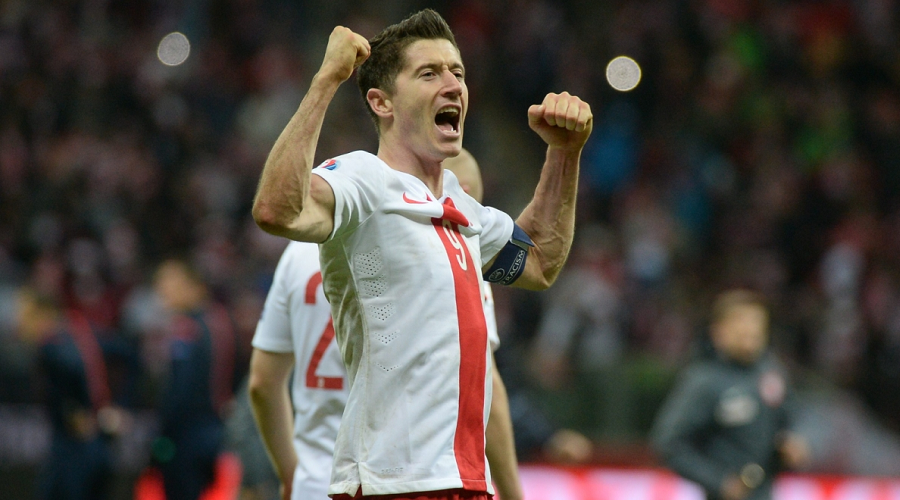 At his relentless goal-scoring form, and the small gap between him and the duo of Messi and Ronaldo in the scoring charts, it would not be a surprise if he ousts them for the best record. For now, though, it’s all about taking our hats off to this goal-scoring genius and hoping that his deadly poaching skills ahead of the goal continues to grace our soccer odds. PS. Bayern’s next slate of games include: Werder Bremen, Arsenal, Cologne, Wolfsburg and Eintracht Frankfurt, so be sure to watch those games if you want to have a first-hand account of the miracle that is Robert Lewandowski.
Older post
Newer post